Andrea Riseborough in a still from "Luxor."

Zeina Durra has gotten a similar reaction from everyone who watches her new film “Luxor”: they all want to book a trip to see the ancient Egyptian capital for themselves. ”’I looked up flights, but I can’t go,'” says the London-based director, quoting the direction many of her conversations with viewers have taken. Her second movie, which premiered at the Sundance Film Festival earlier this year, makes a strong case for the allure of witnessing the city’s collection of early monuments, ruins, and royal tombs.

But for now, her film is as close as most people will get. The atmospheric film pays homage to its setting through lush, pastel-hued wide-shots of the Luxor landscape. Much of the story takes place in what’s left unsaid as the camera observes its central character, Hanna, a war zone aid worker who returns to the city after several decades and runs into an old lover, Sultan. The film stars Andrea Riseborough and Karim Saleh. “The script was really like a poem almost,” says Durra, who enlisted Egyptoligst Salima Ikram while writing the script. “It was written in a way where you really could feel the film.” 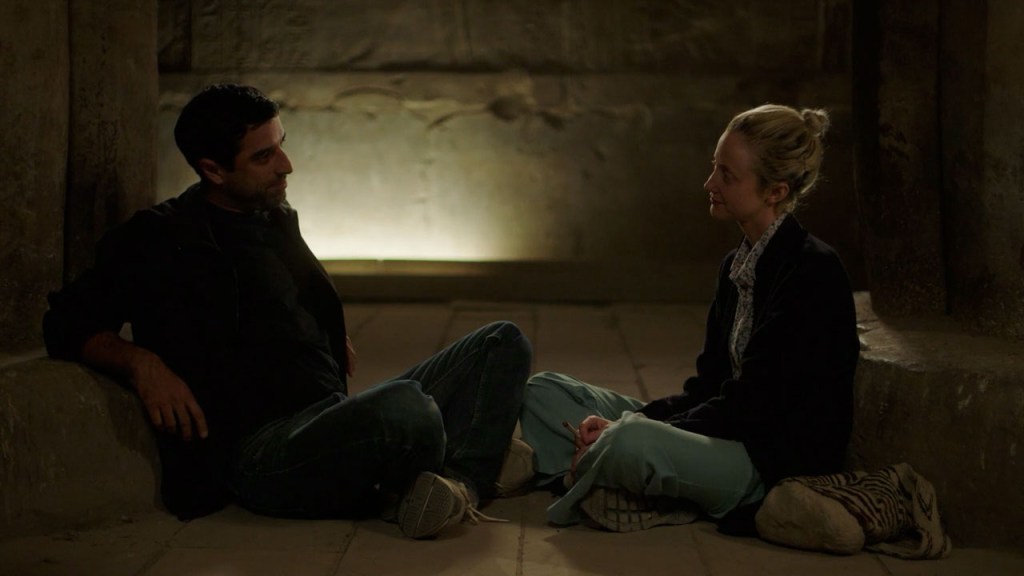 Karim Saleh and Andrea Riseborough in a still from “Luxor.”  Courtesy

Durra returned to Park City in January to premiere her second movie, “Luxor,” 10 years after making her feature debut with “The Imperialists Are Still Alive!” The director’s life has changed considerably in the past decade; she moved from New York to her current home of London, and had three children. The inspiration for “Luxor” arrived via a dream after Durra had another project she was working on fall through.

Durra called a friend, the cinematographer Zelmira Gainza, who agreed to shoot “Luxor” — which was then still an idea — and then Durra reached out to Egyptian producer Mohamed Hefzy. Having Hefzy — who’s also the director of the Cairo International Film Festival and an influential figure in the Egyptian film industry — aboard the project proved vital. They shot the film on location in Luxor, including at some of the city’s ancient sites. “He managed to get us permits everywhere,” says Durra.

They shot the entire film in 18 days with only two days to prep, but the hustle was worth it in order to cast Riseborough. “It was finding an actress who was talented enough that they could embody the grief and the lighter moments without being overly dramatic,” says Durra of finding the right fit for the nuance of the main role. “Andrea is amazing to work with because she looks like she’s doing the same thing, but then when you get the takes and you look at them, every take is slightly different.” 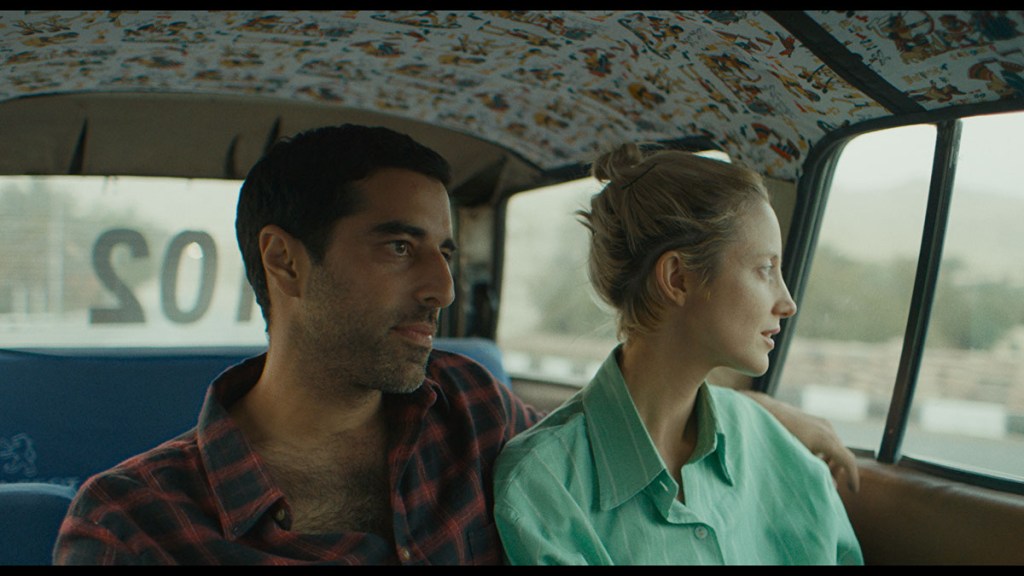 Karim Saleh and Andrea Riseborough in a still from “Luxor.”  Courtesy 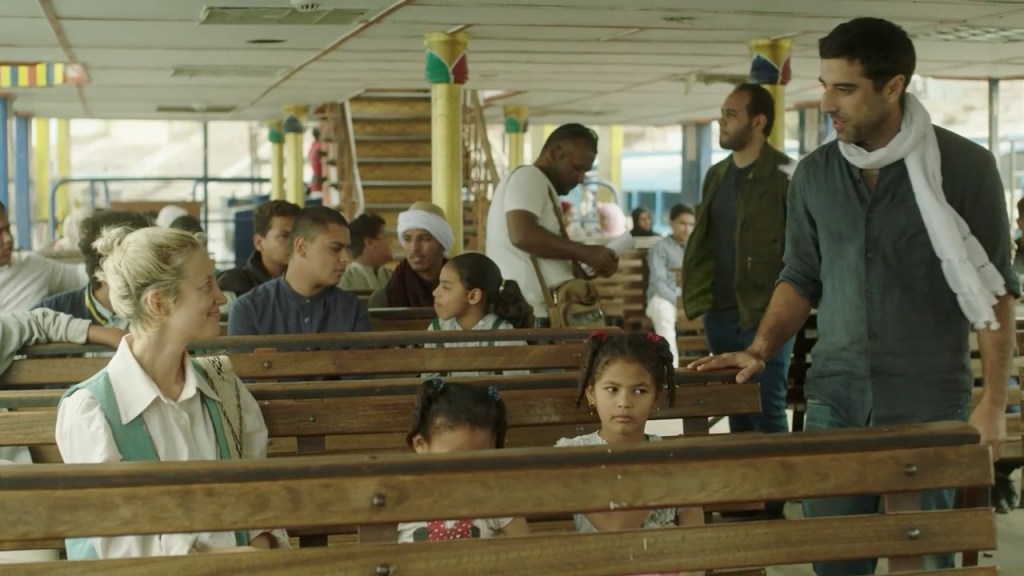 A still from “Luxor.”  Courtesy

There was no time to vet chemistry between Riseborough and Saleh, who also appears in Durra’s first film. But Durra’s hunch worked out. “I didn’t know that they would fall in love — and they’re still together, which is awesome,” says Durra of the couple, whose onscreen romance has continued offscreen.

While Saleh’s character is outfitted in plaid characteristic of the archaeologists actually working on digs in the area, Riseborough’s wardrobe — loose clothing in pastels, which hangs off and obscures the actress’ body — was inspired by the late French actress Maria Schneider’s wardrobe in “The Passenger.” “She had to be this cool person — but she also was on her own, so she would have to be in loose clothes that she could disappear in,” says Durra.

Like her main character in the film, Durra returned to the city of Luxor on her own after decades of being away. She visited first as a teenager, before returning to scout locations ahead of filming. The city was relatively quiet; there was still a lull in tourism following years of political unrest in the country. And while 2020 has presented a moratorium on travel, “Luxor” is as close as most will get to the Egyptian city for the foreseeable future. Still, Durra views her film as particularly resonant in the context of the current moment.

“I hope that when people watch the film, especially in these times, they’ll find it somewhat cathartic,” she says. “Because it’s about someone in a hopeless situation that finds hope.” 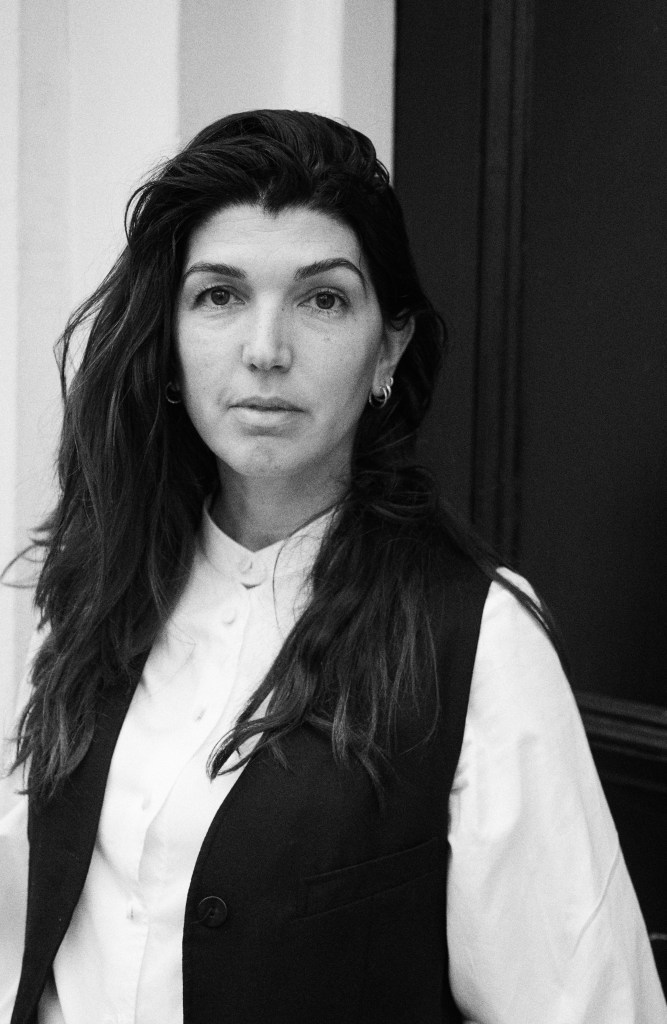