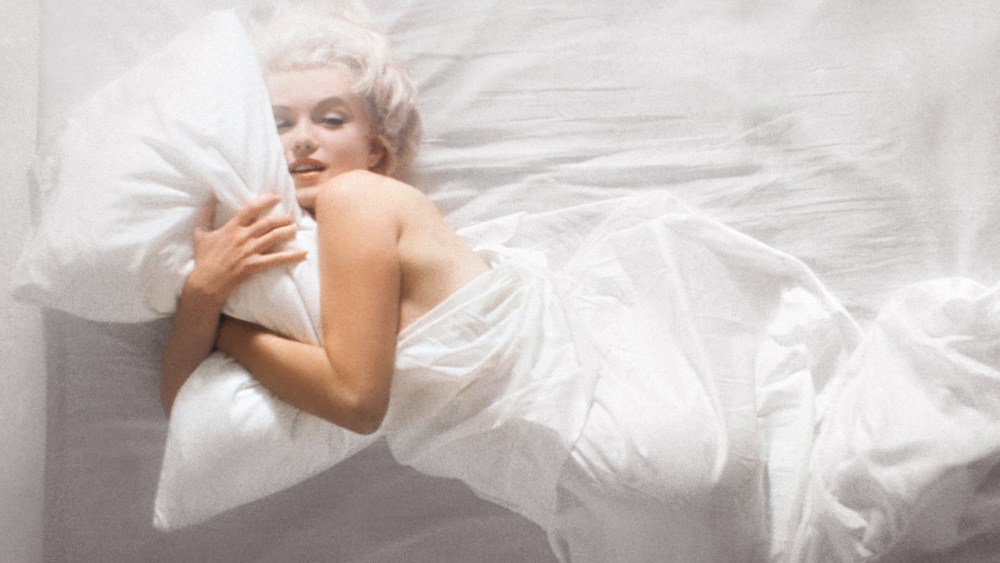 Legendary photographer Douglas Kirkland has captured many of the 20th century’s most iconic faces. With subjects ranging from Elizabeth Taylor and Audrey Hepburn to Coco Chanel and Frank Sinatra, the Mouche Gallery in Los Angeles will house selections of his work from April 28 through May 10 in an exhibition titled “Douglas Kirkland: Beyond The Lens.”

At age 82, Kirkland could easily rest on his laurels, but the Canadian-born artist is as dedicated to his craft today as he was when shooting a series of ethereal images of Marilyn Monroe months before her death in 1962.

“We were alone — just the two of us,” explains Kirkland. “This was highly sexual and very charged.” But despite the flirtatious nature of his subject, the former Look Magazine staffer knew he had a job to do. “[Marilyn was being] strongly suggestive and I didn’t respond because I was busy loading my film and continuing to take pictures. I just wanted to get my pictures, but I was certainly charged up.”

Kirkland recalls the easygoing nature of the actress, whose suggestions for the shoot included a white bed sheet, a bottle of Dom Pérignon and Frank Sinatra records. “She was very disarming because I expected to see this powerhouse,” continues the congenial snapper from his home in Los Angeles. “My two colleagues — who were older than I was and older than Marilyn — took the two chairs that were there [in her apartment]. She slapped the bed and said, ‘Just sit here with me. I think of this as a couch.’”

Kirkland recalls the “Some Like It Hot” star began the photo shoot wearing a dress in a room surrounded by various assistants and stylists, but quickly realized the energy was not right. “She started working with me for about 15 minutes and said, ‘This isn’t going to work,” explains Kirkland. In her unmistakable breathy voice, the actress revealed her creative desire: “She came out of the dressing room and said, ‘I know what we need — I need to be alone with this boy.’”

With no one else in the room, Monroe wrapped herself in nothing more than a silky sheet and curled upon a thin mattress flanked by record albums and a pedestal ashtray. The photojournalist admits he “still gets a buzz” when thinking of that moment. “It got very sexually charged. That’s where the pictures came from. She asked me to come over to her and come into bed and I just, like, [pretended I] didn’t understand because I wanted to keep taking pictures. That probably put more of an edge on it.”

But when the photographer arrived at Monroe’s apartment the following day to select from film transparencies, the actress revealed her troubled side. “The room was dark and she looked not like the beauty I had watched and been with the evening before,” says Kirkland. “She appeared like she hadn’t slept at all and wasn’t in a good mood.”

Knowing the power of her image — and demanding control of it — Monroe destroyed nearly sixty of the shots Kirkland captured, which were among the last professional shots taken of the star before her sudden death at age 36.

“She was selling me on how special [the pictures] were,” remembers Kirkland. “She cut up half of them, but the ones she left me with were quite extraordinary. That’s the Marilyn we know.”

Kirkland will make appearances at Mouche Gallery throughout the weekend of April 28 with over 75 pieces available for purchase.