While music remains at the core of his agenda, Maluma is keen to design his own fashion line.

The brand actually designed the looks with Maluma, including neon pieces that glow in the dark, that the artist is sporting during his international tour, called “11:11 Worldwide Tour 2019,” which will include a range of dates in Europe this summer and will culminate with a show at New York’s Madison Square Garden on Oct. 4.

“I think that Dsquared2 right now is a brand that is very connected to me and the tour is crazy because when we’re designing the whole concept of the tour we were thinking of wearing different kind of brands. But when we saw what Dsquared2 was doing, I thought that was super connected to the whole concept of ‘11.11,’ which is my new album,” said Maluma, during a quick interview at Dsquared2’s Ceresio 7 restaurant a few hours ahead of the Dsquared2 spring 2020 runway show on Sunday.

“I do like fashion. I love expressing myself through clothing. I would say that that’s the most beautiful thing, and my music is very connected to the fashion world. So since I was a kid, since I was very, very young, I used to love this fashion world like crazy, and now it’s still happening,” he added, citing Lenny Kravitz as one of his icons. “I see him like a huge example of how to mix the fashion world with the music industry.” 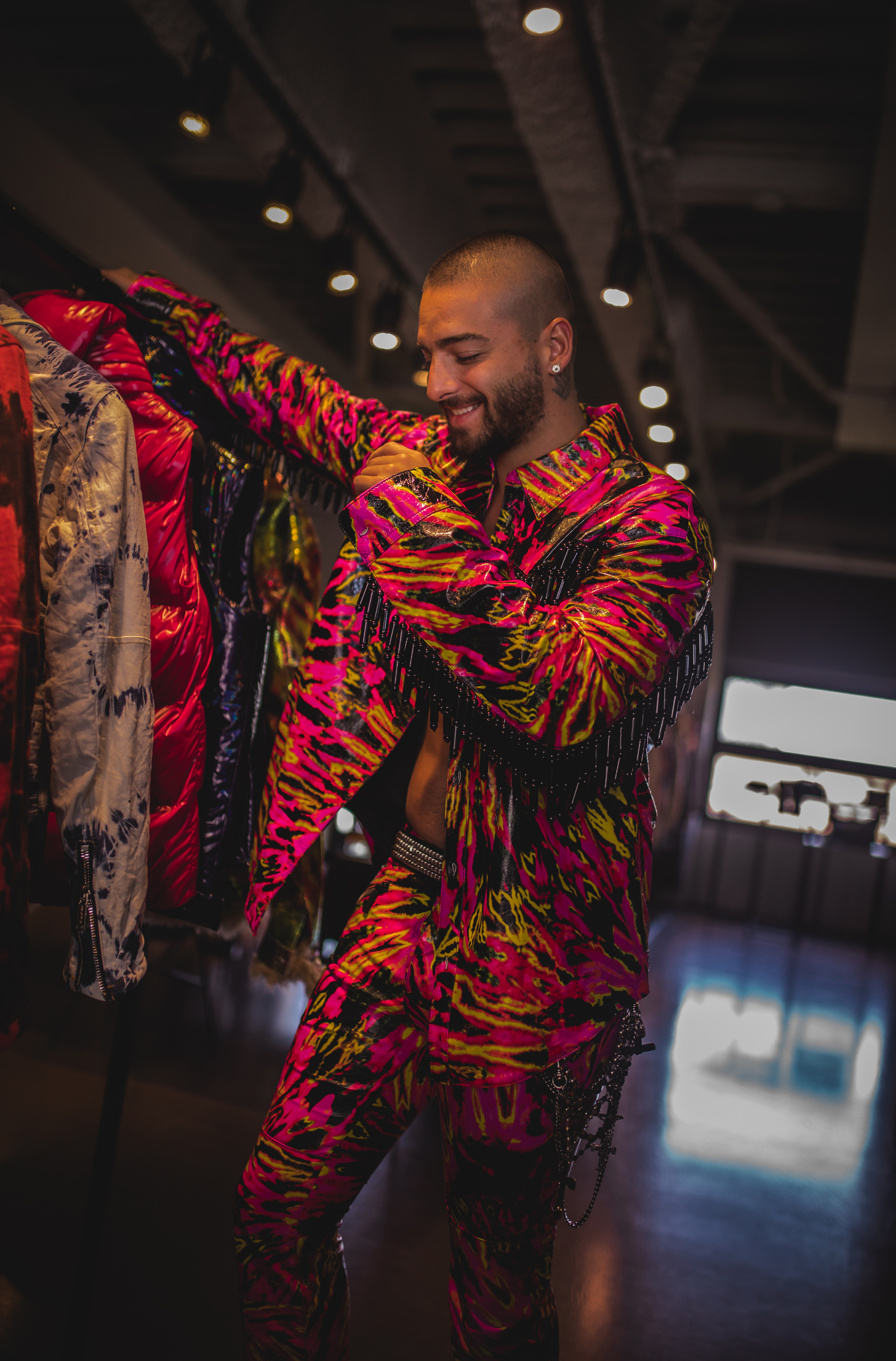 Following the launch of a clothing line called “Royalty” in collaboration with Colombian fashion company Amelissa, Maluma is considering the idea of fully developing a career as a fashion designer.

“I love designing. I had the opportunity to design a line of clothing in Colombia that was super successful and I want to do it at a huge level, you know, like trying to connect my ideas with maybe Dsquared2, you never know. So I think that’s my next step, designing my own line for a big, big company,” said Maluma, who is going to attend shows at the upcoming Paris Fashion Week.

However, music remains at the core of his agenda as an artist, who also will receive a prize at the Youth Awards, an event for Spanish-speaking celebrities, in Miami on July 18. But the concert in New York next October in the most exciting thing in his schedule, as he explained.

“I’m super excited! Every time I go…you see I have a tattoo here [at his wrist] for the first time I had my concert at the Madison Square Garden, and that was one of the most beautiful concerts that I ever had in my life,” he said. “So now, I can’t wait to go again because when I go to sing at Madison Square Garden you can tell there’s people from around the world, people that go to New York to see me from even Asia, so that’s a very special venue for me because you see a lot of cultures going to see my concerts.”