The country singer will sell his collection on line and at his tours this summer and fall. 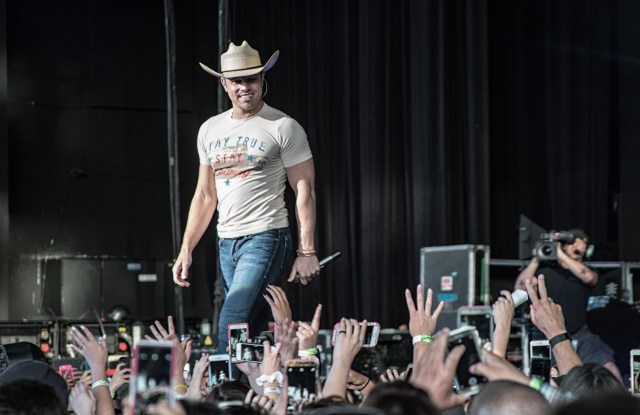 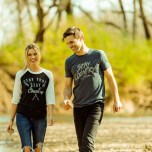 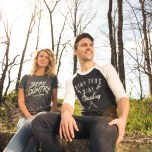 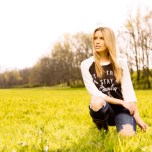 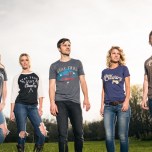 If Dustin Lynch hadn’t made it in country music, he would have gone into the fashion industry.

It was actually before he ever had his first hit that he came up with the idea for Stay Country, a line of men’s and women’s apparel and accessories that is launching this summer.

“I’ve been sitting on this idea since 2010,” he said in an interview from the airport in Nashville where he was waiting to board a plane to New York. Lynch will perform a live concert this morning on “Fox & Friends” before jetting to Daytona, Fla., for this weekend’s inaugural Country 500 music fest at the Daytona International Speedway. He expects to close the concert with his third number-one single, Mind Reader.

“If my music had not taken off, I would have been further down the road with this by now,” he said of his fashion line. “Aside from my music, it’s the number-one focus in my life.”

Stay Country is an idea that is close to the heart of the 31-year-old Tullahoma, Tenn., native. The collection of moderately priced T-shirts, Henleys, baseball jerseys, hats — and the requisite koozie — feature vintage-inspired prints of rifles, tractors and an outline of the U.S. that Lynch has either designed himself or selected especially for the line.

“I’ve always been a fan of what clothes say, especially now that I’m on stage every night,” he said. And “stay country” can mean different things to different people. For Lynch, it’s a symbol of “where I grew up. It’s home to the rivers I’ve fished, the deer stands I’ve perched, and the dirt roads I roamed,” he writes on the Stay Country web site.

So while the idea has been germinating in his mind for a long time, it’s now that he believed was the right time to throw his muscle behind it. “We introduced a simple hat last fall and we couldn’t keep it in stock. So it’s time, we’re off to the races.”

It doesn’t hurt that Lynch has had three number-one singles and is among the hottest new male stars in country music. In addition to Mind Reader, he also brought Hell Of A Night and Where It’s At to the top the charts and is currently opening for Luke Bryan on his Kill the Lights tour.

He was the only new male act to debut at number one on the 2012 Billboard Country Albums Chart with his self-titled debut album and his current album “Where It’s At,” has sold more than one million tracks to date. He’s in the studio putting the finishing touches on his third album and a new single should be out in the next few weeks. “We’ve got to keep the momentum going,” he said.

Launching Stay Country and making a mark in country music is a dream come true for the cowboy hat-wearing Lynch who has been described as the next George Strait — with a little Jason Aldean thrown in for good measure.

Interestingly, the Stay Country site doesn’t have Lynch’s name attached to it in a conspicuous way. When initially logging on, a quote about the line’s inspiration pops up with Lynch’s signature at the end, but that’s it. And it’s intentional.

“I don’t want to have an overbearing presence,” he said. “This is separate from my music and it doesn’t have to have my face plastered everywhere.”

Right now, the line is tight, with only two hats ($20), six men’s shirts ($30-$45) and three women’s ($30), but Lynch expects to add more product in the future. “We don’t want to dive into too much yet. But we’ve got some cool designs for tanks and cover-ups and we’ll be introducing flags. In the world I live in, camping and tailgating is huge and I can’t wait to see those flags flying.”

He also expects to promote the collection to his 484,000 Twitter followers and the 1.2 million who like him on Facebook. In addition to his web site, the line will also be sold at stands at all his and Bryan’s shows this summer and eventually he hopes to introduce it at retail. But for now, he’s taking it “nice and slow.

“We’ll be in front of 1.5 million people this summer and fall and me and the guys will all be rocking it on stage. So we’ll see how it goes. I want to gauge the buying patterns for my fan demographic and once we have that figured out, we’ll see who might want to partner with us.”