DVF Goes to the Dogs

In the Meatpacking District, Diane von Furstenberg welcomed the Humane Society of New York for its third charitable photography auction. 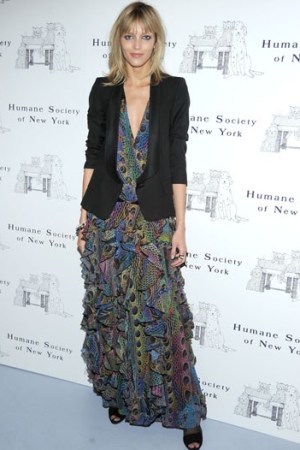 In the Meatpacking District, Diane von Furstenberg welcomed the Humane Society of New York for its third charitable photography auction. Fabiola Beracasa, Lauren Santo Domingo, Jamie Niven and David and Sybil Yurman were among those checking out photographs by the likes of François Halard, Arthur Elgort and Milton H. Greene — often featuring four-legged creatures — and feasting on all-veggie hors d’oevres. Some had even brought along their pets for the occasion. “I am so happy so many humane people are here,” von Furstenberg said.

Model Anja Rubik admitted she always had a soft spot for pets. “Both my parents are veterinarians,” she explained.

The night wouldn’t be a complete without a sweet treat, and this time it came courtesy of Cornelia Guest, who is a co-chair of the organization, and supplied the party with cookies. “I baked them all myself, I made about 2,000,” said Guest, who was showing no signs of fatigue. “It gives me energy.”