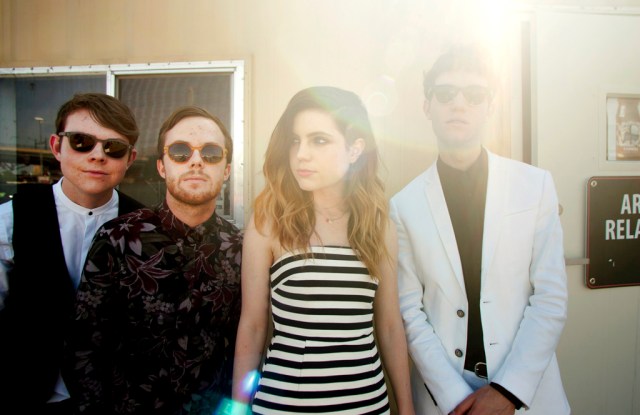 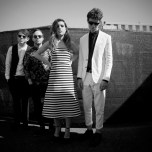 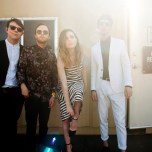 On Sunday afternoon, a desolate parking lot on the southern tip of Randall’s Island was the place to be. It was the final stretch of Governors Ball, New York City’s answer to Coachella. Most of the festival’s main draws — Drake, Florence and the Machine, St. Vincent, Deadmau5, et al. — had already taken the stage over the course of the prior 48 hours, and many of the festival’s VIPs were waiting out the afternoon lull (headliners the Black Keys and Lana del Rey weren’t due on until 9:15 p.m.) in makeshift cabanas. There was an overalls-clad Alexa Chung, her arms wrapped around new beau Alexander Skarsgard, members of the band Tame Impala killing time before their own set, and even Del Rey herself, casual in jeans and flip-flops.

In the midst of it all was Echosmith, the California-based pop-rock band made up of siblings Graham, Sydney, Noah and Jamie Sierota, ages spanning 16 to 22 respectively. For the uninformed passerby, it would seem some of the festival’s fans had sneaked into the VIP area. In reality, the foursome had just played the main stage, attracting one of the weekend’s biggest crowds.

After forming the family band eight years ago, they hit it big last year with their radio-friendly hit “Cool Kids,” and the four have been touring ever since. “In the beginning, it didn’t feel super real,” said Noah, the group’s bassist and most enigmatic personality. “But then hearing your song on TV or in a restaurant — that blows my mind.”

In the past few months alone, the group has traveled to eleven countries, as well as a cross-country tour of the United States, including a performance at Coach’s Coachella pool party. “You never know what [each show] is going to be like,” said lead singer Sydney. “It’s cool to see all the different environments and different crowds.”

In between shows, however, the band still makes time for extracurricular activities: Graham does school online, Jamie recently got married to his high school sweetheart, and just last month, on her eighteenth birthday, Sydney signed a modeling contract with Wilhelmina models.  “I got lots of plastic surgery,” she deadpanned when asked how the deal came about. “I got it very young so it looks natural.”

For her appearance at Governors Ball, Sydney eschewed the festival uniform (micro-mini jean shorts, floral headdress, etc.) in favor of a strapless striped dress and towering platform Mary Janes “I mean, I don’t wear this shopping,” she said. “Off-stage we just tone it down a little bit. On stage, it’s us but amplified —” Jamie interjected quickly; he had thought of a joke: “We turn it up to eleven,” he cracked, visibly delighted with his “Spinal Tap” reference.

His siblings burst into a fit of giggles. Cool kids, sure, but still not too cool for a corny joke.