Eddie Borgo has curated a sale for Paddle8, which launches on the auction house's site July 19. 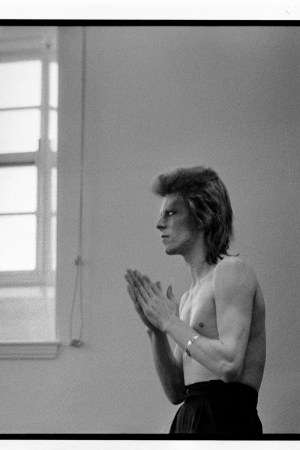 Adding “curator” to his résumé, Eddie Borgo has curated an online sale for Paddle8 auction house, which will run from July 19 through Aug. 2, giving fans of the CFDA Swarovski Award-winner’s jewelry a chance to take home parts of his inspiration.

“The timing is sort of funny,” Borgo told WWD. “In the studio, we certainly collect a lot of photography, vintage postcards, sterling silver, vintage jewelry, etc., whether it be cigarette boxes or matchstick holders — just all different things that sort of color the way we do things in the studio. And we just did a spring cleaning a few months ago, and had quite a lot of things that we felt that we’d utilized in different ways and didn’t need in the studio archives anymore, so it all just fell into place. It just made sense that we would auction off on the Paddle8 project.”

Some of the highlights from Eddie’s studio vestiges include a “20th-century cube lighter; it’s a tabletop lighter that has the most beautiful microtexture around it, that we were using as reference for a project,” he says. “It was made in Japan and it’s such a beautiful object.” Another favorite is “one of my favorite books by Robert Mapplethorpe — Robert is one of my favorite artists, and over the years I’ve been gifted a lot of Mapplethorpe memorabilia, and two different people happened to gift me the same book. It’s called ‘Robert Mapplethorpe Early Works.’”

Other items include works by Borgo’s friends, such as a painting by the sculptor Anthony James, and a collection of paintings by An Hoang. “And then there are just objects that I found all over the world,” Borgo explains. “There’s a beautiful crystal that I found, these gorgeous lucite candlesticks, different things I’ve found as I’ve traveled that seemed appropriate to put up for auction.”

“Anytime we have excess materials here in the studio, we donate them to the jewelry programs at FIT, SVA or Parsons,” Borgo says. “I like to keep the studio rather clean. And when this came up, we’ve never really done a curatorial grouping, but it sees appropriate because it is the way that I see the design studio moving forward.”

The exercise has gotten Borgo’s mind in a new headspace, fiddling with the idea of potentially expanding into new product categories in the future. “I don’t think that we will only be doing jewelry,” he says. “We’ve recently launched handbags, we have these little paperweights on our website that I’ve been making as a hobby. We’re really exploring different mediums — I’d like to eventually do furniture, so there’s lots of different things that I think we can apply the learnings we’ve had at the studio here to.”