SHANGHAI — Eileen Gu has a broken hand. For any person, that would pose a problem, but for a champion freestyle skier, one who fits in fashion shoots when she’s off the slopes, it presents a particular challenge.

“The people at the hospital were like, ‘We need to put you in a hard cast,” Gu relays over Zoom. She was in Aspen, Colo., not long after her winning debut at the X Games. “And I was like, ‘I can’t have a hard cast, I literally have a shoot next week for the cover of SuperElle [China] in New York.'”

She quickly shrugged off the inconvenience. “We figured it out and so I’m getting my cast after the shoot and then once I get my cast off, I can ski again. And then we have World Championships in a little less than a month,” she says.

If it sounds like a lot, the 17-year-old athlete and model doesn’t let on, instead seemingly lapping up the dichotomy of a life switching between skis and stilettos. In the lead up to Beijing 2022, the teenager has emerged as one of the buzziest Olympic hopefuls.

Gu was only eight years old when she got her start in freestyle skiing and began competing a year later. Soon she was racking up consistent wins at the USASA National Championships and at age 15, she joined the U.S. team. At the Winter Youth Olympics last year in Lausanne, Switzerland, she made the podium three times. Then last month as a rookie at the X Games, she snatched two golds in superpipe and slopestyle, and a bronze in big air.

But it’s not just that she’s a top-notch skier. The most low-hanging joke about Gu, who is mixed-race and of half Chinese descent, is that she is the ultimate dream child of an Asian immigrant. She plays the piano, runs cross country, and has been accepted to Stanford as a legacy applicant, where she plans to enroll in 2022. At 5 feet, 9 inches, she also has the natural proportions to model, which the Chinese fashion world has been early to pick up on. She’s been a popular figure with the Chinese glossies for a few years now, appearing in the Elle, Harper’s Bazaar and Vogue China editions and doing advertisements for big brands like Anta and Mengniu Dairy. 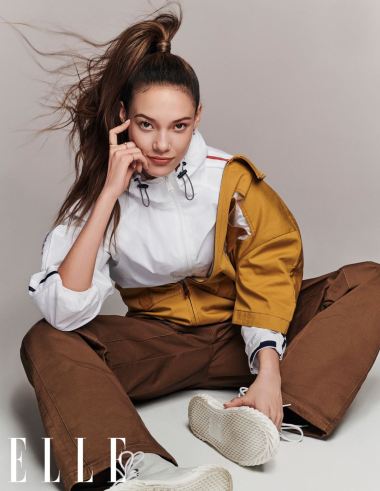 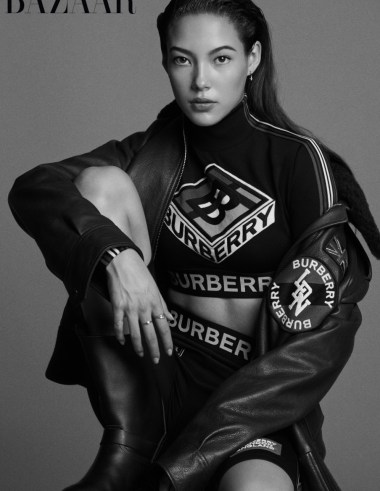 The coming year, specifically, is gearing up to be a bellwether for her.

For one, Gu is now graduated high school. Unlike a lot of teenage athletes who homeschooled in order to meet the demands of training, she attended full-time.

“I never got over 65 days [of skiing] a year until last year,” she says, recalling the four-hour car rides to Northstar in Tahoe from her home in San Francisco on the weekends. The average for people in the sport hovers around 250 days. “That kind of forced me to have a very aggressive work ethic, meaning every day that I skied I knew that people who I was competing against were skiing two or three times as many days.”

Secondly, Beijing will be Gu’s first Olympics. While that’s an important milestone in any athlete’s career, it carries extra significance for Gu, as her mother is from Beijing. If the Pyeongchang 2018 Games’ media moment belonged to snowboarder Chloe Kim, then Beijing next year is shaping up to be Gu’s.

The parallels in their Olympic debuts are hard to ignore — both American teenagers from California with honey-streaked hair hoping to medal in the Games hosted by their parents’ native country. The two orbit similar circles and are friendly — they see each other at training camps and make sure to send DMs via Instagram whenever one of them wins an event.

But while Kim competed for the U.S., Gu has decided to represent China, making her popularity soar even higher within the country, where her more than 500,000 fans on Weibo have bestowed her the nickname “snow princess.”

That kind of reception isn’t that easily won as Chinese tend to be skeptical of America-born Chinese. Locals often resent what they see as opportunistic overseas Chinese trying to cash in on the nation’s rise without understanding the culture. But Gu speaks Mandarin fluently — and with an unmistakable Beijing accent at that — which she credits to all the summers she spent there since she was a toddler.

What drove her to compete for China and not America? Ultimately it came down to the large number of stars in the sport the U.S. has, sharing that skiers Kaya Turski, Bobby Brown and Gus Kenworthy are among her role models.

“Whereas in China there weren’t those idols to lead the way and introduce that sport,” she says. “I knew that the next generation of girls [in the U.S.] would be fine if I didn’t compete for the U.S. They have so many other amazing, inspiring, incredible, talented, confident women who are empowered on and off the slopes to look up to.”

“I always think that in the moment there’s no better feeling than winning but in the long run it’s what you do with it that counts,” she says. “Lots of people can win 10 medals at a world level and retire and be happy and then that’s it. My big thing is that I want to be able to inspire the sport culture in China, especially on the women’s side. For me, the biggest win is to be able to spread the sport and change a girl’s life and introduce that passion.”

It’s no small project to raise awareness in China about her sport — most of the nation is only just now learning to downhill ski — but freestyle, Gu says, is even more satisfying because of the creativity and self expression at its core.

“If you do something that’s never been done before, even if it’s an accident, that’s scored really well, as in that’s probably going to be one of the better scoring tricks of the contest. And so, the beauty of that is that every single person skis differently,” she says.

“Right now, I’m focusing on having a mix of everything,” adds Gu. “What I mean by that is: I want to have strong rails but I’m also one of the fewer girls in the field who does doubles in slopestyle competitions. Or in halfpipe, I have had the highest average amplitude of the entire field — going high but also grabbing. That’s a huge thing for me because in slopestyle everything has to be grabbed. In half pipe, historically, especially in women’s skiing it has been more lenient in terms of not grabbing. But coming from a slopestyle background, I grab every single one of my tricks. I go as big as I can. I scare myself in that respect.”

However, for all of Gu’s gravity-defying physical stunts — the cork 900s, rodeos and alley-oops — she has yet to do something far simpler: walk down a runway. Fashion month coincides with some of the more important competitions, she grimaces, but she does expect modeling to outlast competitive skiing and has a number of aspirations there, too.

“I want to cover American Vogue,” she says, “and I want to walk for Versace because it’s one of my favorite brands. I just absolutely love all their shows. There’s a lot of goals, I’ve written them down. I don’t want to say too many because I don’t want to jinx it, but those are a couple.”