The actress is a rising face to know in Hollywood, and after an emotional journey through quarantine, she's more steadfast than ever on overturning Latin stereotypes and paving a path for women in Hollywood.

Shortly before the pandemic hit last year and changed everything, Eiza González turned 30. She had been anticipating the moment, ready to thrive in what had been hyped to her as the best time in a woman’s life. But suddenly there she was alongside the rest of the world, shut in the house and deeply unsure of the future.

Yet it turned out to be an even more fulfilling and fruitful start to her decade than she could have imagined. Now newly 31, González looks back on the past year and is fully aware of the personal growth and freedom she’s been able to find within herself.

“Everyone tells you ‘wait until you’re 30. It’s the best time of your life.’ And it is true,” González says. “There’s this sense of calmness that comes with age that I would have never been able to achieve when I was younger. I went through a very transitional time in a woman’s life in quarantine, from my twenties to my thirties. I think that doing that in silence within my house with my close people and not really being exposed to a different world made a humongous difference. And I did feel more in control of my decisions and more confident and I felt more secure with who I am now than I was.”

The change is becoming clear in her work as well. While finally seeing her pre-pandemic projects come out and take root — the Netflix movie “I Care A Lot” last month and blockbuster “Godzilla vs. Kong,” which is out March 31 — the actress is noticing a change in her performances. 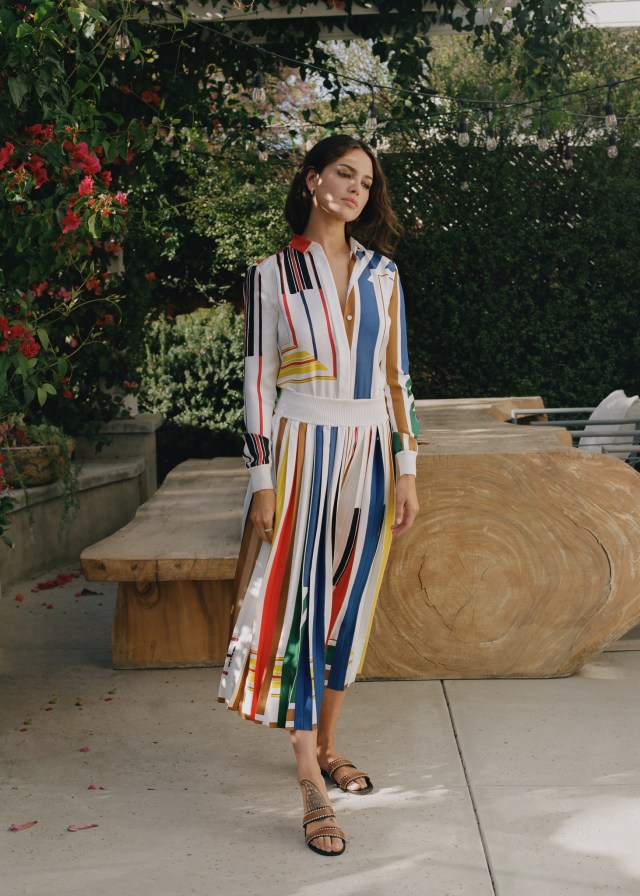 “I know myself so I can see some anxiety there,” she says. “Then watching my latest stuff that I’ve been shooting right now I just feel more at peace with my choices. I feel like my moral compass is where it has to be…my decision-making is right on the money. And I don’t feel like I’m doing things that feel completely unnatural to me.”

González is dressed casually over Zoom from her home in Los Angeles, utterly at ease and sure of what she wants to say and how to phrase it. She’s been strict with her isolating due to shooting recently, something she doesn’t seem to mind at all. Introspection looks a natural fit on her, after all, and having all this time to grow into oneself in the midst of a major Hollywood breakout moment immediately seems to have its appeals.

“I feel like as a woman in an industry like this one, where we consistently see incredible judgment on women with all these expectations and things being put on women, it creates a lot of perception and persona versus who you really are and what your desires are. And I feel like there’s a lot of projection on me of what a Latina woman should be,” she says. “I felt like I always had to be incredibly grateful for being given an opportunity and be like, ‘This is enough. I should settle for this. This is more than I would ever imagine so I should be really happy.’ And I think that throughout quarantine, I was able to be like, it’s OK to desire more in a positive way or dream bigger, or allow myself to believe that I deserve better. And I think that was something that I wasn’t really connected with when I was a little bit younger.”

Though it may not seem like it from the onset, González says her role in “Godzilla vs. Kong” very much fit the bill of what she was longing for in a fully realized woman character. 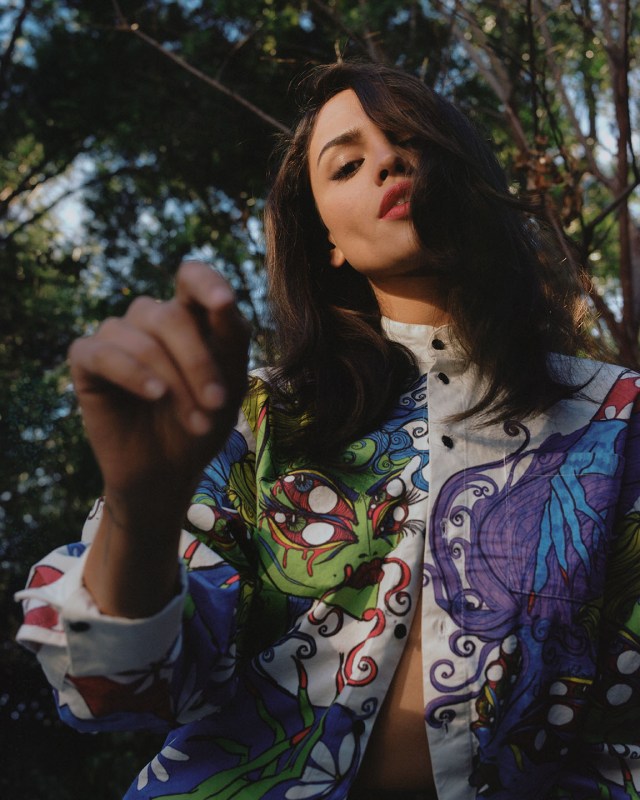 “I’m honored that people think of me for projects, but I also feel like it’s exhausting to read this perpetuating cliché. And so [Godzilla] and the character felt like a woman that I could see that I would connect with,” she says. “To me it feels like what it is to be a contemporary woman — let alone a contemporary Mexican woman. I like characters that allow women like me to be seen around the world in a different light. And I feel like I’m just scratching the surface, because at this point I have not been allowed to lead a movie just yet. I think that sometimes it’s not as easy of a paved street for women like me: it takes a lot of hitting that on people’s heads and being like, ‘I deserve the opportunity. I deserve the chance.’”

González grew up in Mexico City and initially thought she wanted to be a singer. When she was 12 her father passed away in a motorcycle accident, and her mother enrolled her in musical theater programming as grief therapy.

“I just really connected in a weird way that I never felt before when I was doing musical theater,” she says. “I guess it’s what people say when they find their true love and there’s something magical that happens. You can’t explain. It’s the same thing, but mine was acting.”

Since then she’s never really explored a plan B — which she recognizes was either “incredibly stupid or just the most romantic thing ever” — and has woken up every day clear-headed about her career choice.

“I just always sort of had this conviction that it was going to work out. Thank God it did because I would’ve been screwed,” she says.

As she continues to come into her own as a woman, she’s seeing how emotionally connected acting has to be when it’s good: how vulnerable it demands you to be, and how receptive to others it asks of you. All of which sits well with González. 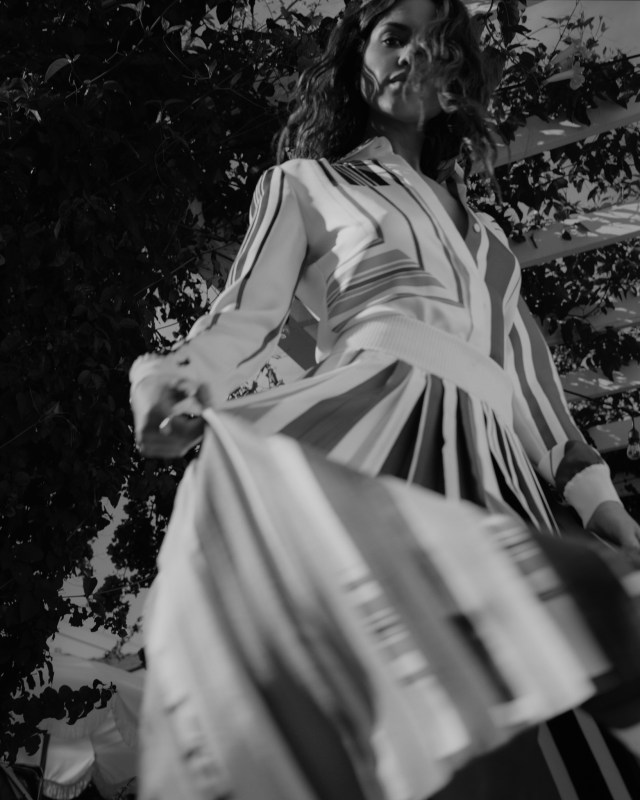 “I love that I get to do a job that allows you to push yourself emotionally in ways that no other human being will,” she says. “The more that you’re introspective, the more you analyze yourself, the better you become as an actor because the more that you understand your emotions, how you navigate them, what that looks like, and it allows you to feel more vulnerable when you’re in front of the screen and allows you to exist and be present. And that allows and enables a lot of self-therapy. It allows you to grow as a person when you are putting yourself in a consistent state of vulnerability and openness and listening to others.”

González has noticed a change in how she shows up as an actor in her post-pandemic, newly thirties self. She just wrapped a three-month shoot in Los Angeles for the new Michael Bay movie “Ambulance,” alongside Jake Gyllenhaal.

“I made a choice to really experience the whole film with my heart on the sleeve. And that just puts you in a different state of mind because you’re sort of at the mercy of the situations. And I did find myself coming out of that project really, really tired mentally and emotionally tired,” she says. For the first time in her career, she cried on the last day of shooting, in her car driving out of the lot.

“I was so proud of myself for enduring everything I endured. It was a really hard project but at the same time, it was just really sad to say goodbye to that character and what she gave me and how I felt. I felt really connected with her, differently to anything else I’ve ever done,” González says. “And I think it’s also because it’s my first female lead and I had never had the opportunity to live so much through a screen in a role.” 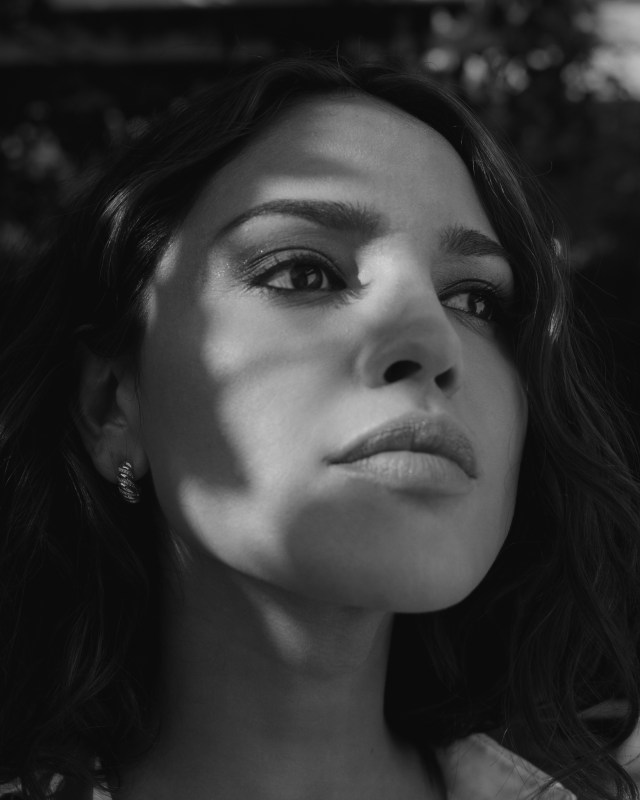 As González looks ahead, she is strategizing how to move into the world of producing with an emphasis on creating opportunities for diverse women. She’s all about diving into things she has not done before — including a romantic comedy, something she’s long been interested in but just had yet to find the right version (the exact project is still under wraps).

“I’m just excited to get out of my comfort zone. I’m feeling more risky than ever. I want to go hard,” she says. “Again, it goes back to being older. I’m devoid of stress. I’m just like, whatever expectations that I’ve put on myself or other people, whatever it is, I’m in a place of like, ‘F–k it. I just want to go for it.’ And I think that most importantly, I’ve gotten to a place of humility, of humbleness, that I’m not going to nail it every time, but I can at least die trying. And I want to try it out and I want to not be too hard on myself. I want to start doing more of everything.”

Ashley Park Knows ‘Emily in Paris’ Was Her Destiny