‘Salem’ Actress Elise Eberle Has a Lot to Say

"It's a brutal character to play." 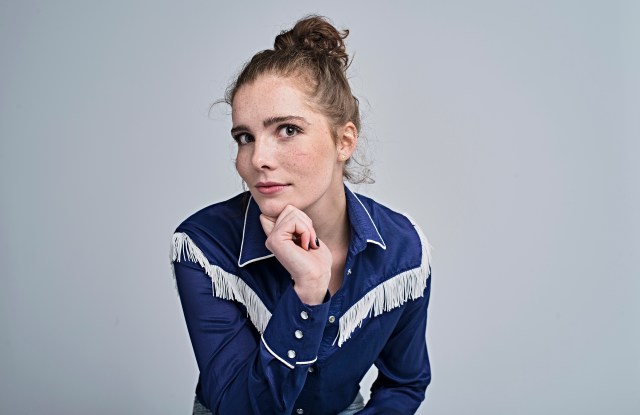 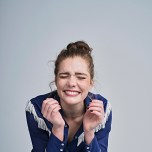 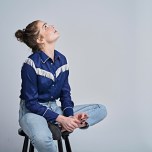 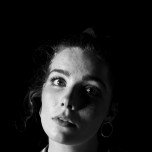 “After season one, I ended up buying a one-way ticket to France and farming in the south of France for the whole hiatus until season two,” explained Elise Eberle. “I was literally and metaphorically grounding myself. It’s a very intense show.” The fiery-haired actress was describing her experience on the TV period series “Salem,” in which she stars as Mercy Lewis. The show is currently in its third season.

“She has been on one wild ride,” Eberle continued to explain her character’s arc, which began in season one when she entered the show as a teenager caught up in the town’s witchcraft dealings. “Season three, she’s on her own, she’s so self-confident, she falls in love,” she continued. “I was so surprised, just because she is that kind of person who’s so selfish and so egotistical that she would never be able to compromise.”

The actress had no shortage of enthusiasm and praise for the show, connecting parallels between various plot points to current events — the refugee crisis, women’s empowerment, the power of the outsider. Originally planned as a guest character, Mercy was added into the series as a regular after Eberle’s audition. “Because I play a crazy person very well, they turned me into a regular,” Eberle said with only a twinge of jest. “What’s so cool is that because magic is the theme and it’s the crucial center, anything can happen.”

The series riffs off the Salem witch trials in the colonial Massachusetts town, incorporating dark magic and elements of horror. “I know this show is definitely regarded as too much sometimes, but you know what? That feeling needs to be felt, just as important as it is to be happy, or romantic, or sad. You need to experience it all,” Eberle explained. “So it’s fun to be on a show that does affect a viewer like that and not just to squirm, but to feel uncomfortable with situations.” Inspiration for many of the horrific elements — a woman shoving a rat down her husband’s mouth, for example — came from actual transcripts from the time that the writers found while doing research.

Since wrapping filming for season 3, Eberle has filmed a music video for folk-rock band The Lumineers song “Sleep On The Floor,” which was released on Nov. 17. The video, which encompasses a young couple on a road trip, offered her a break from the darker world of “Salem.” She may just return to the show for a fourth season, which has yet to be confirmed.

“I’m waiting to hear if we’re going to get picked up,” said Eberle. “It’s always nerve-wracking, because you just don’t know. Your life can change in an instant.”