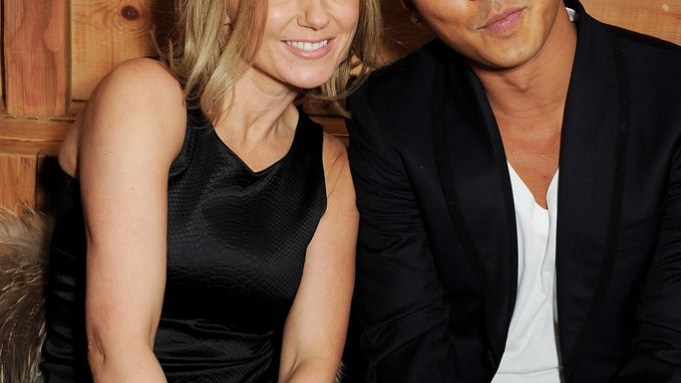 It was an evening laden with lederhosen, spinach dumplings the size of snowballs and sausages galore. “Welcome to the Alps,” said Elizabeth Saltzman, who hosted an offbeat dinner in honor of Prabal Gurung on Wednesday night at London’s latest hot spot Bodo’s Schloss.

“I haven’t been to London for 13 years — it’s surreal being back,” said Gurung, who’s making a flash visit this week to speak to his stockists, which include Dover Street Market and Harvey Nichols.

The evening kicked off with cocktails — including glass mugs of glühwein — and evolved into a full-on alpine feast — dished up by men in lederhosen and women in dirndls. There was even music from a brass oompah band.

Holland dished out diet tips to partygoers: “Six hors d’oeurves is a meal — store the sticks in your pocket so you can keep track.”

Blahnik, meanwhile, had just returned from a hurricane-ravaged Manhattan. “We spent Halloween by candlelight, because all the electricity went to the DJ booth,” she said. “Even with the storm, no one does Halloween like they do it in New York.”

Katrantzou, famous for her prints, hinted at the look of her next collection: “It’s much more low-key than in the past. Even my staff is surprised.”