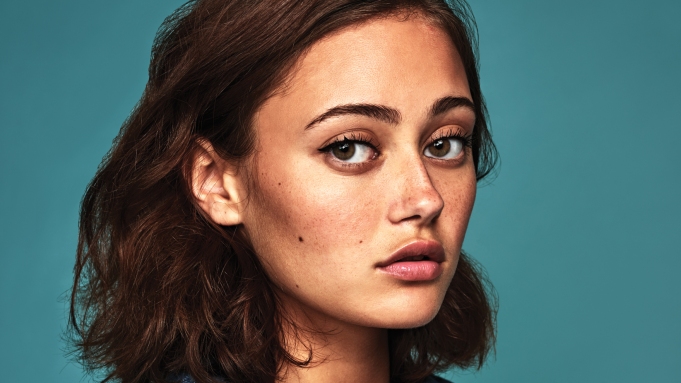 Ella Purnell is on an upward trajectory.

The young actress has reached the apex of her child-acting career and is making the transition into full-fledged starlet. Purnell stars in Tim Burton’s new fantasy film, “Miss Peregrine’s Home for Peculiar Children,” out Sept. 30.

“I’ve acted for as long as I can remember, really,” says the 19-year-old Brit. She debuted onstage in the ensemble of “Oliver!” during its West End run in London when she was nine, afterward moving to the big screen with her appearance in 2010’s “Never Let Me Go” as the younger counterpart to Keira Knightley’s character. Purnell has racked up a short list of roles in the years since, including a part in the big-budget studio production “Maleficent.”

“I didn’t really look at the job as a way to make money or get famous or anything,” Purnell explains. “For me, it was the reason why I didn’t like going to parties. You don’t care about that stuff when you’re a kid.”

For emerging actresses, parties — and fashion appearances — are standard. In May, she sat front row next to Sai Bennett and Alexa Chung at Dior’s Cruise show at Blenheim Palace, before attending a dinner as a guest of the design house. A few days later, Purnell was back in the front row at Gucci’s resort show alongside Bel Powley and Elle Fanning.

“Miss Peregrine’s Home for Peculiar Children” is a whimsical take on the best-selling children’s book by Ransom Riggs. “I fell in love with the idea of how this whole thing has been built on just a couple stray photographs that Ransom Riggs found,” Purnell explains. “[The script] is funny, it’s a bit sad, it’s a bit dark, it’s very gripping. Something happens every step of the way, and you’re so emotionally invested in all these characters. I think it’s just a hugely relatable movie with a great moral.”

The story follows a young boy, played by actor Asa Butterfield, who ends up at an abandoned orphanage following a family tragedy. Purnell’s character Emma Bloom is one of the “peculiar” children he encounters there, each one harnessing a special power.

“My character can manipulate air basically — in the book it’s fire, but in the film it’s air — so she does that in all these creative ways,” Purnell explains. “She can breathe underwater, help other people breath underwater, she can create a tornado with her breath. The main thing is that she flies, so I spent so long in a harness and wires up in the air,” she continues. “They got a wind machine out, and I actually felt like I was blowing back Samuel L. Jackson [the film’s antagonist].”

With her large, expressive eyes and high cheekbones, Purnell is a natural fit for Burton’s signature fantasy-based aesthetic. “He’s been a dream director to work with since I was a little girl,” Purnell says. “He really wants to make it feel like a collaboration, and he’ll ask you what you think the scene is about, what you think the characters are about,” she continues. “I felt really relaxed around him. He’d come on set with water guns and stand with the kids in hair and makeup having fights. He’s like the Pied Piper.”

Purnell recently finished up her school exams, and has several smaller-budget independent films on the horizon, including “The Journey Is the Destination,” “Access All Areas” and “Churchill.” More roles are sure to follow.

“There was never a point where I was, like, I want to be an actor the rest of my life,” she demurs. “What I love about this job is it’s literally a different day every single day, isn’t it? One day you’re a nurse, the next day you’re in a band — you can just make it up. I’m just a big kid and that’s really what this job is — just playing dress up every day.”