In Between Math Homework, Ella Rubin Makes Her Broadway Debut

The high school senior stars alongside Marisa Tomei — who played her mother seven years ago in her first professional role — in "The Rose Tattoo."

Ella Rubin is in the midst of her senior year of high school; between planning for the prom and rallying her classmates to join the Young Democrats branch she started, she also happens to be making her debut on Broadway.

“I kind of like to juggle a lot at once. It helps me to not overthink, to a painful extent,” Rubin says, from the below-ground nook that is St. Kilda Coffee, a favorite of hers near the American Airlines theater where she spends most of her time these days. “I’ll be scribbling some math homework during intermission.”

Rubin attends a New York City high school for working students — “yeah we’re doing prom, but then some people are going home early because they have to be on set the next day,” which lends itself well to her balance of homework and her role in Tennessee Williams’ “The Rose Tattoo.”

The 18-year-old stars as Rosa, Marisa Tomei’s 15-year-old daughter in a role that brings her full circle: her first acting job, at age 11, was playing Tomei’s daughter in the movie “The Rewrite” with Hugh Grant.

“I met her in the final callback,” she says, of reuniting with her maternal figure. “She took a beat and was thinking and then she was like ‘oh yes! You’ve grown so much!’”

The two easily fell into a familiar mother-daughter pattern once again for “The Rose Tattoo,” which Rubin credits to Tomei’s natural tendencies for caregiving.

“It wasn’t hard to create that dynamic,” she says. “In real life, she also would give me advice on being an actress, and a woman, and all these different things that would go into the part, but also myself.”

Read more: After Struggling to Find His Place, Jeremy Pope Carves His Path on Broadway

Rubin, who grew up on the Upper West Side of Manhattan, was somewhat put off from acting when she was younger by her mother, the manager Perri Kipperman, who reps actors like Paul Giamatti and Jharrel Jerome.

“She was always a manager, but expressed to me that being an actress was not as glamorous or fun as it might have looked,” Rubin says. One day she tagged along with an elementary school friend, who was auditioning for a kids theater group, and ended up booking the lead in that year’s show.

“An agent was there, much to my mom’s chagrin,” Rubin says. “I remember I saw her on the phone with this guy and take a sigh, and she hung up and was like ‘Ella, an agent called.’ And I was like ‘oh my God that’s so cool.’ And she was like ‘if this is what you really want to do then OK.’ She was never one of those stage moms.”

Her mother, who accompanied her to St. Kilda, now manages Rubin, and got to be the one to break the news to her when she had booked “The Rose Tattoo.”

“I went in for the first audition and felt good about it, which usually I don’t feel good about ever,” Rubin says. “I went from a final exam to the callback. The entire exam I was just running my lines. [When I got the part], my mom and my agents were on a call together, and I just heard screaming. And I burst into tears. My sister started filming me just crying into my phone.”

Rubin felt she “subliminally” knew she had to get the part, because of how badly she wanted to play it, and that being a teenage girl portraying another, younger teenage girl struck a chord with her. 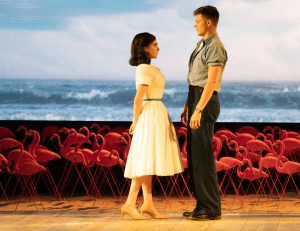 While Rubin, at 18, is three years older than Rosa is by the end of the show, “I’m still in the wild and irrational teenage mind-set,” she says. “I’m still there somewhat. It’s interesting to be her and play her because I feel like I have a good understanding of her — I’m in her world.”

“I’ve always been very into journaling myself, as Ella, but journaling as Rosa was really cool because later I would read it and it would give me greater insight into her nuances,” she says. “And I made a bunch of playlists with all music from the Fifties that I think she would be listening to — her moody playlist, like when she gets in a fight with her mom and wants to be angsty.” 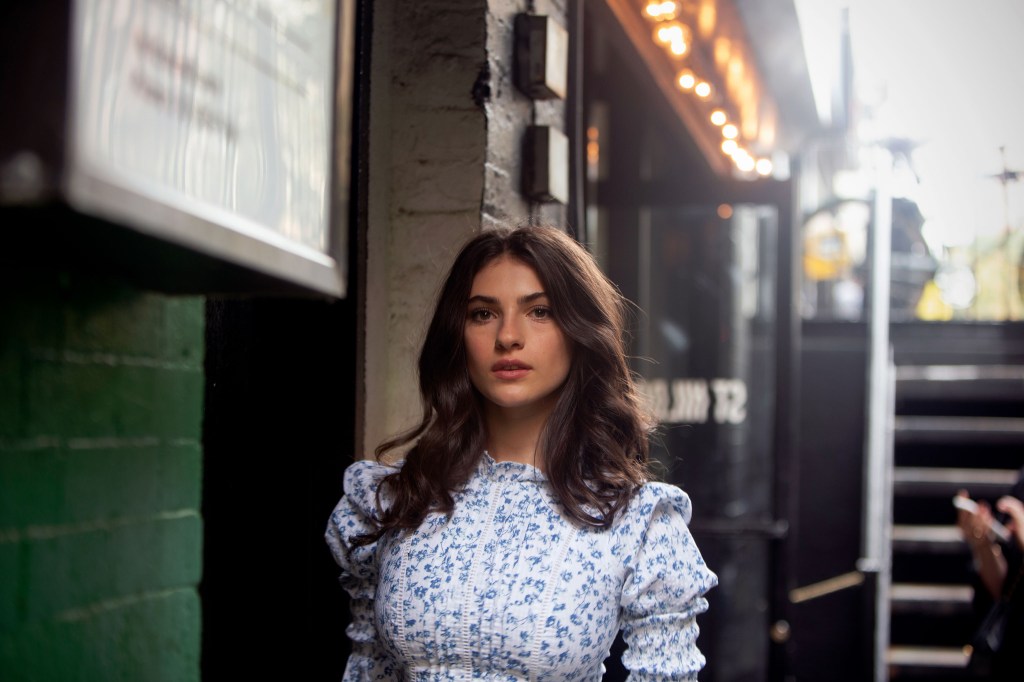 Ruth E. Carter Connected With Eddie Murphy on Seventies Style for ‘Dolemite Is My Name’