The 22-year-old British actress portrays Cosette in a new adaptation of "Les Misérables."

Ellie Bamber at The Ned in London.

Ellie Bamber has been shuffling back and forth between various points in history. Up until recently she was in Bath and Bristol, filming Sixties-era bioseries ”The Trial of Christine Keeler.” In between filming, she revisited the 19th century and her role as Cosette in a new adaptation of “Les Misérables,” which premiered in Britain at the end of last year and is being released Stateside on April 14.

“I actually played Cosette in the school musical,” says the 22-year-old British actress, a frequent face in the front row at Chanel, who shares most of her screen time in the series with costar Dominic West. “She’s really this iconic representation of hope.”

While many viewers are familiar with the musical version of the story, the miniseries presents a more fleshed out adaptation of the book’s various characters and plot lines. “I mean, the book’s massive. There are so many stories and little details that most audiences haven’t seen before because they’ve just seen the musical,” says Bamber.

There’s been a literary through line in Bamber’s career thus far. Her first major on-screen role was in Tom Ford’s “Nocturnal Animals,” an adaptation of Austin Wright’s novel “Tony and Susan,” and she also starred in a 2018 adaptation of Tao Lin’s novel “Taipei.” For the voracious reader, it’s been an opportunity to delve deeper into character study. 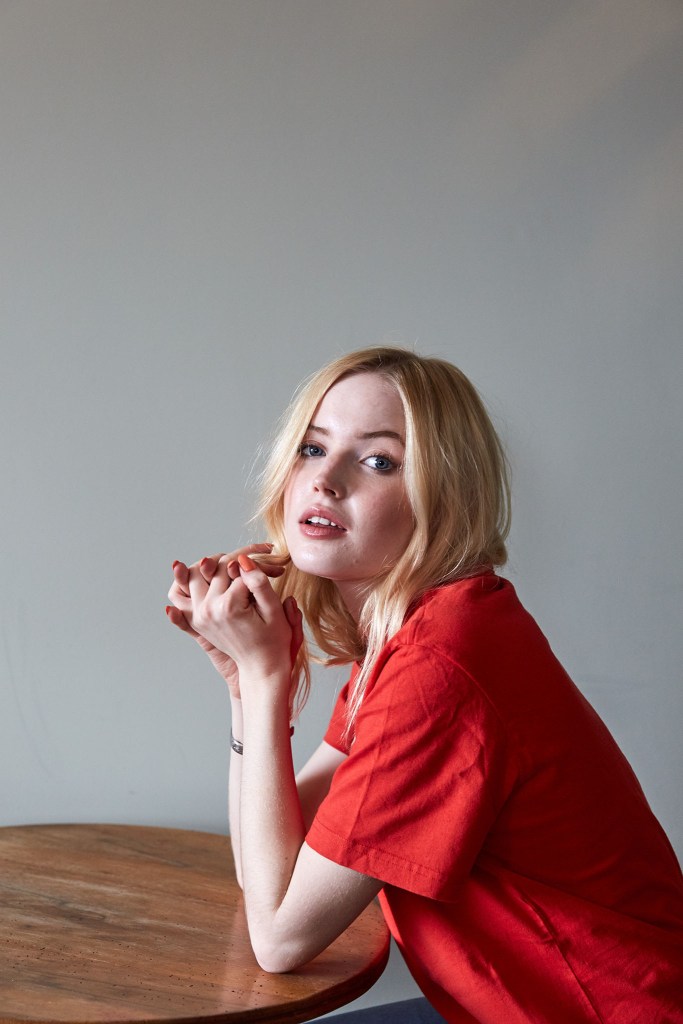 “I’m always reading. I’ve loved reading since I was young, and I’ve always loved sinking my teeth into a different world, especially one that you begin to create in your head,” she says. “I had the privilege to do that with ‘Pride and Prejudice and Zombies,’ and with Cosette,” she says. “I feel like the books that I’m reading at any given time will really help me with my work, because it’s just more characters, and you see new people while you’re reading,” she says.

Despite her busy shooting schedule, she recently finished Sally Rooney’s “Normal People,” and is onto Elif Batuman’s “The Idiot”; both are coming-of-age stories. And yes, she read the entirety of Hugo’s tome, all 1,400-ish pages.

“I actually broke the book into sections to make it a bit more manageable, which I’ve never done with a book before. It’s probably not a good thing to do, but I was trying to carry it around while I was traveling,” says Bamber.

The show is similarly broken up, into six hourlong episodes. “Hugo goes so far into Cosette’s backstory — it’s unreal. I mean, the amount of information I had to play with was such a big portion of how I then created Cosette, because I really wanted her to be as faithful to Hugo’s novel as I possibly could, and obviously there’s a script, but we can work with both of them. It’s a real gift to have a book to work alongside with.”

While still very early in her career, Bamber has taken on several challenging roles, and her next projects, which take cues from real events, are no exception. In “The Seven Sorrows of Mary,” her character is tasked with escaping a violent kidnapping situation abroad; for “The Trial of Christine Keeler,” which she wrapped in early April, she portrays Keeler’s friend Mandy Rice-Davies. The upcoming BBC miniseries explores the Profumo scandal and its implications from the women’s point of view: That they were used as scapegoats for the wrongdoings of men in high power.

“The interesting thing about that is that they were living in a time where men were allowed to sleep around, but women, if they did so, were accused of being prostitutes and named all kinds of awful names,” says Bamber, who attributes a shift in public perception — and certainly a different perspective on the situation when considering it in 2019 — to the two women.

“I think now when people see ‘The Trial of Christine Keeler,’ I just think and hope it will mean that people aren’t so quick to judge and put labels on these two young women,” says Bamber. “And try to understand the situation they were in, because they were both so young. Mandy was 18, and to be thrown to the lions at that age is an incredible thing to have to go through.”

And like Cosette, Bamber views Rice-Davies’ path as ultimately representative of hope: She leveraged the media attention for success and fortune.

“So she takes this horrible situation where she’s named a prostitute and a poor girl, and she just kind of drives on,” adds Bamber. “And it’s just amazing to see like a woman who wasn’t defined by that one situation and who just then lives her life afterwards.” 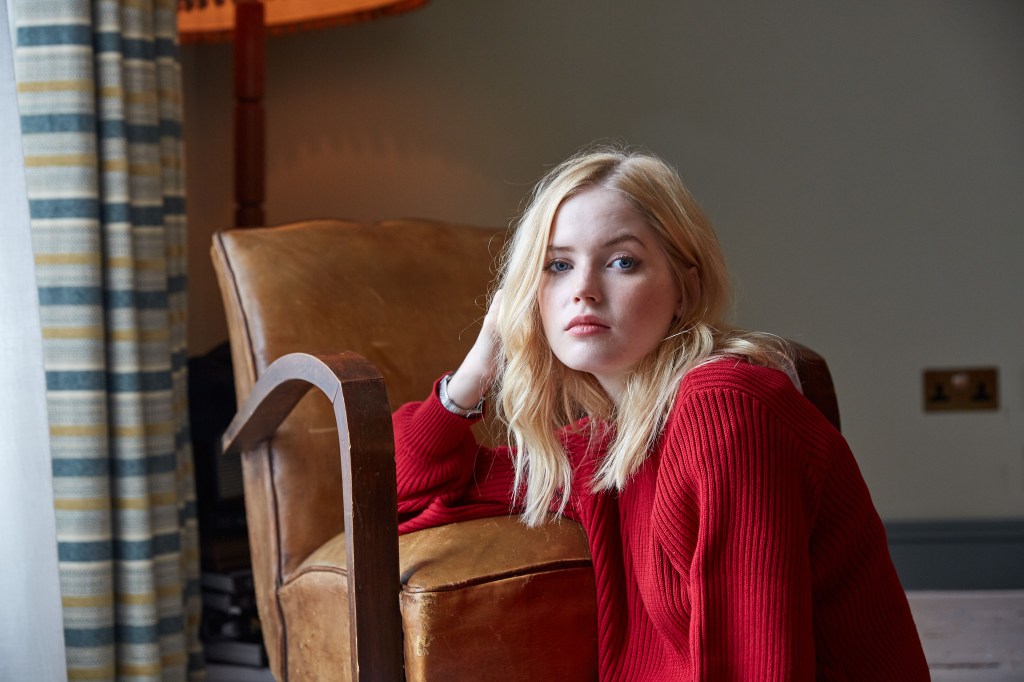 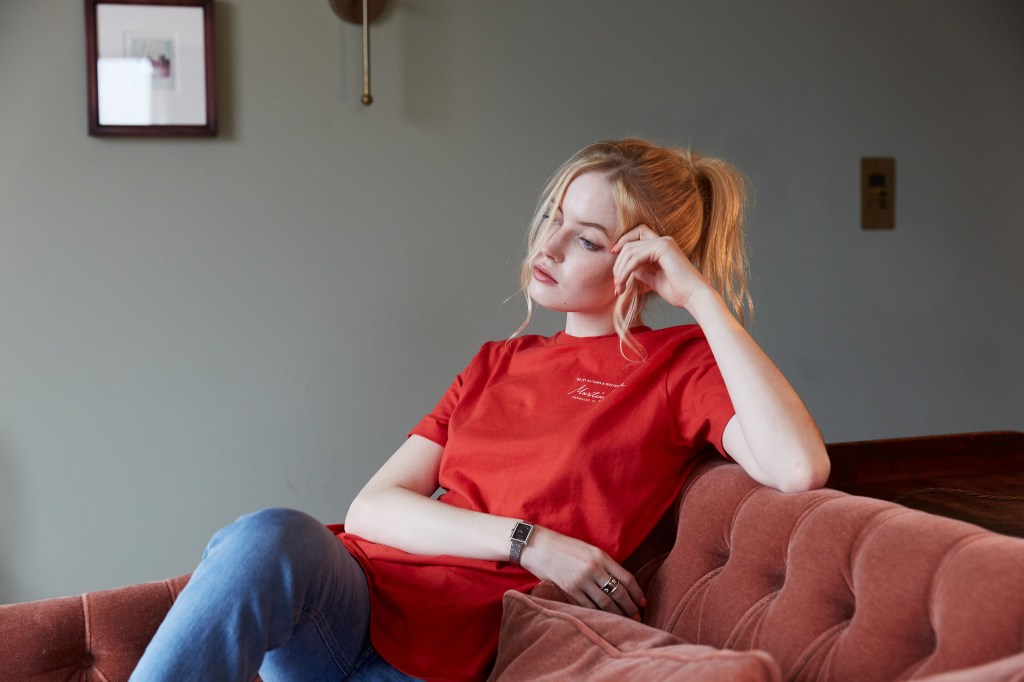