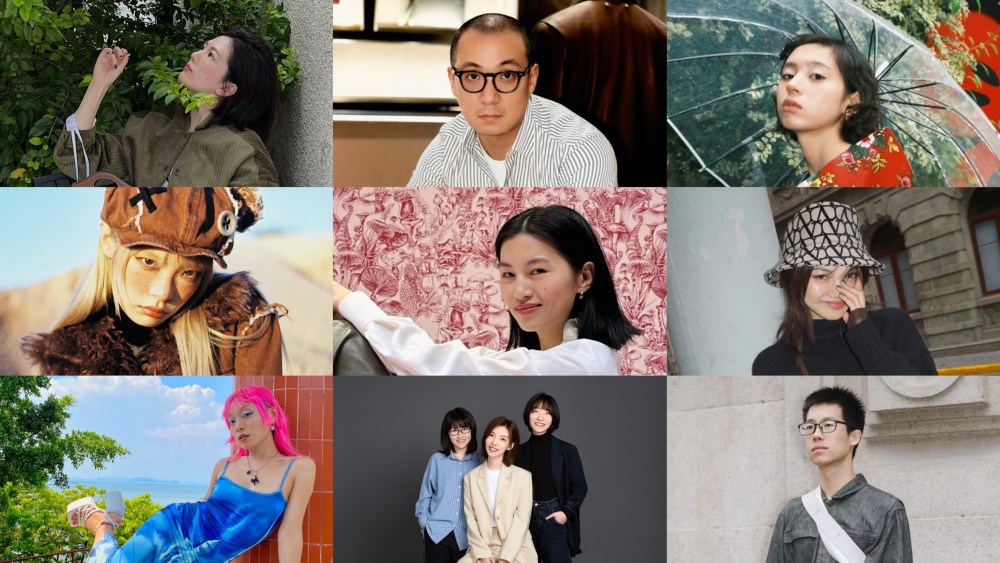 For luxury and fashion brands, keeping taps on China‘s quickly evolving influencer pool is key to engaging with the local audience base.

Even though top-notch influencers, some of whom were featured in WWD’s 2021 influencer roundup, continued to act as gatekeepers for brands, a host of fresh faces has quickly emerged, gaining likes on Chinese social media platforms and meeting netizens’ need for newness and novelty.

These influencers, otherwise known as KOLs in China, also reflect the evolving taste and style of the country’s increasingly youthful fashion consumer.

Here, WWD takes a look at nine up-and-coming Chinese fashion influencers who have carved out a niche for themselves and captured the attention of fashion and luxury brands.

Ming Ma
Ming Ma, a digital artist known for her VR filter designs and fashion installations, launched her influencer career in China after studying at School of Visual Arts and The New School in New York. Ma has amassed more than 68,000 followers on Xiaohongshu and a combination of 80,000 followers on her personal and artwork Instagram accounts. Known for her quirky style and ever-changing hair color, Ma has been featured in social media campaigns for Miu Miu, Valentino, Bottega Veneta, Ugg and Mac Cosmetics.

Chelsea Kwok
The Beijing-based Chelsea Kwok is known for her retro style and stylized images that often echo classic Hollywood films. Aside from being a certified cool girl, Kwok is known for her dining upstart Spring Patio at the popular shopping mall Taikoo Li Sanlitun. With more than 130,000 followers on Instagram and Xiaohongshu combined, Kwok has worked on social campaigns with Loro Piana, Burberry, Valentino, Loewe and Hermès.

Xue Chen
A model and fashion designer, Xue Chen began her modeling career while studying fashion at London College of Fashion. Chen has previously worked with Balenciaga, Off-White and Miu Miu before returning to China amid the height of the pandemic in 2020. With more than 110,000 followers on Instagram and Xiaohongshu combined, Chen has used her influence to grow her own fashion brand Cfierce. Short for “cute and fierce,” the brand is influenced by Japanese anime and British hardcore punk and has over 200,000 followers on Taobao, the Chinese e-commerce platform.

Licheng Ling
Founder of the loungewear brand Homeism and a fashion consultant, Ling launched her career in New York but returned to China at the beginning of the pandemic in 2020. Known for her monochromatic and laid-back style, Ling has more than 860,000 followers on Instagram and Xiaohongshu combined. Ling is a frequent collaborator with Burberry, Prada, Bottega Veneta, Totême and Audi. Most recently, she began producing her own social media campaigns for Burberry and Audi.

Hang Chen
A former model casting agent based in Shanghai, Hang Chen is a self-taught photographer who launched a Xiaohongshu account called “Streetsnap Shanghai” in late 2020. With an eye for capturing charming moments of Shanghai’s fashionable pedestrians, Chen quickly became the most popular street-style account on the platform with more than 120,000 followers. In 2022, Chen worked with Louis Vuitton, Hermès and Maison Margiela on product-based social media campaigns.

Sixian Chen
Chen, or Garlica Princess, is a singer and rising style icon among China’s Gen Z generation. Known for her jazzy hip-hop renditions of pop songs, Chen has garnered more than 40,000 followers on Instagram, more than 1.3 million followers on Douyin and more than 380,000 followers on Xiaohongshu. During the pandemic, the 22-year-old Chen took a break from her academic career at New York University and made her debut on “Girls Like Us,” a Chinese singing competition. Since then she has signed with 88rising and decided to focus on her burgeoning music career. Chen’s eye-catching Y2K style has caught the attention of brands like Valentino Beauty, Chinese designer brand Windowsen and a host of homegrown fashion labels.