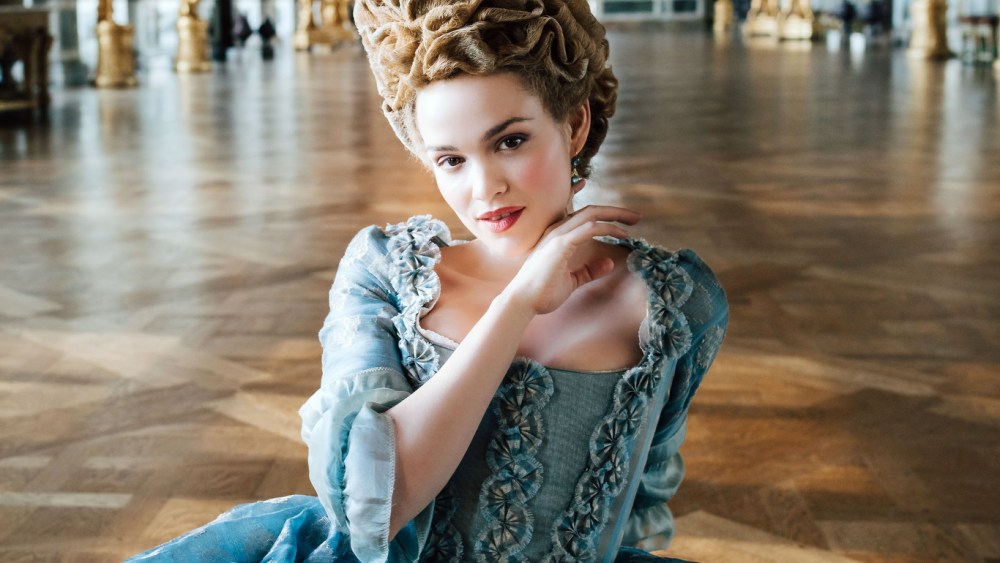 “She was such a queen of fashion,” said costume designer Marie Frémont of Marie Antoinette, the iconic and ill-fated last monarch of France.

Despite her doomed end, Marie Antoinette continues to reign as a cultural figure, influencing designers including John Galliano during his time at Dior, and Vivienne Westwood, and as the subject of Sofia Coppola’s 2006 Oscar-winning film.

Now, the petulant princess is being reexamined by Oscar-nominated screenwriter Deborah Davis in an eponymous series starring German actress Emilia Schüle. The lavish, 23 million euro English-language production from CanalPlus follows the young Austrian as she’s sent away from her family at 14 years old and thrust toward the throne, through her first decade in France.

“Our writer made a choice to distance the narrative from everything we already know about Marie Antoinette and her passion for beautiful things,” Schüle said. “People see her as this party girl and this icon that just cared about wigs and dresses, but we are going to portray her in a much more emancipated and modern way because that’s what she truly was.”

Schüle flew to Paris shortly after being cast, and the experience set the tone for the German actress. “We had to get started with wardrobe right away, so suddenly I’m in this room full of French people. Most of them don’t speak English — I don’t speak any French. So I felt like a foreigner just like Marie Antoinette did when she arrived from Austria.”

Fittings were stiff as she had to stand still for hours, which initially made her so uncomfortable she fell ill — another parallel with the young queen. “It helped me get into character because just like Marie Antoinette, I did feel like uncomfortable with the corsets. And with loads and loads of fabric, I had to adapt to an entirely new existence,” she said. Schüle said being tightly trussed upended her eating habits, required assistance going to the bathroom, and made her completely dependent on other people dressing and undressing her.

“It just gave me another insight of what life must have been like back then for women and how it was an obstacle. I don’t know if this getting too political, but it was also a means to suppress women because you can’t even run with this kind of dress. This is why we need trousers,” she joked.

To further mimic Marie Antoinette’s sense of displacement, production decided against etiquette training, particularly on how to sit and stand in such a getup, adding a sense of awkwardness with this new weight on her. Wigs were designed to be hollow and light, but, along with makeup, it could take up to five hours a day to complete the look.

Marie Antoinette’s private apartments were rebuilt with all the gilt and glamour on a soundstage on the outskirts of Paris, with other interiors shot at chateaus and palaces, including some scenes at Versailles. “I was living in a bubble, the bubble of perfection with perfect rooms and perfect dresses,” said the Berliner, who admits to preferring a “certain note of edge” in her personal style outside of set. On the red carpet, she’s worn Gucci, Chanel and Dior.

Dior also designed two costumes for key scenes, including when Marie Antoinette was being presented in Paris for the first time and another when she attends a ball. That collaboration came about when Frémont and Schüle were discussing scenes during one of their many long fittings, and decided that the Parisian occasions called for special gowns. Schüle was fitted in the Dior atelier.

There have been so many famous takes on her fashion, that it was a challenge to create a new approach, added Frémont.

“Of course a big reference was Sofia Coppola’s ‘Marie Antoinette,’ but we wanted to do something of our own and everybody wanted it to be modern. Deborah [Davis]’s vision is quite modern because it’s a woman’s vision, a really interesting perspective. We also wanted to keep it quite historical because sometimes when you want to modernize, you see the show a few years later and it can be seen as dated,” Frémont said.

Frémont looked to the writings of Marie Antoinette’s lady-in-waiting Jeanne Louise Henriette Campan, and plumbed the depths of Paris’ fashion museum Palais Galliera. It holds more than 1,600 garments from the century, which gave Frémont new ideas on fabrics, dyes and textiles.

She kept the historic codes while adding in lighter materials, exploring leaner silhouettes and brighter colors. “Of course, there were a lot of ‘It’ girls in the 18th century, which invented very fun things and fantasy, so you can go quite far,” Frémont said.

Each character was given their own color palette, with Marie Antoinette’s in blues, greens and grays. “Some of the blues are quite strong and not the pale pastel we are accustomed to. It’s more a reflection of the truth of the time — deeper blues and greens, Prussian blue, duck blue,” Frémont said. The colors get bolder throughout the series as Marie Antoinette grows in power and inner strength.

There are deep purples, and even a bright apple green for the character of the Count of Provence, which stemmed from a find in the Palais Galliera which Frémont called “astonishing.” The costume team hand-dyed many of the fabrics in order to get a richness of color, and a winter shoot allowed them to play with heavier textiles, such as velvets for added depth.

Still, Frémont lobbied to keep the tight corset. “I fought for it because I think the lines of the 18th century need to be carried. Of course we used more modern fabrics to make it a little bit more comfortable,” she said. Marie Antoinette was required to wear a more rigid version called the grand corps, which was considered an honor at the time not bestowed on lower women of the court, but she complained about in private letters written at the time. Frémont did decide to forgo this strict shape and use a standard corset.

“I was so happy the day we stopped filming that I wouldn’t have to wear those corsets again,” Schüle added.

The first series required 140 complete outfits handcrafted for the principals, as well as dressing dozens of extras. The production rented some costumes for the background actors from across France, Italy, Spain and the U.K.

One of the unusual aspects of filming during the pandemic was that several productions that had been temporarily halted were now back up and running — all at the same time. “The racks of the rental houses were quite empty. We were lucky [with some pieces] but there was really not a lot of things left,” Frémont said. “But even without this challenge we decided we wanted to make our own costumes for the extras to give our own tone to the stock. It was a bit of an issue, but we were prepared.”

Before the next installment of the series, which is slated for three seasons, Schüle is taking an acting sabbatical to attend film school in London to study directing. The next seasons will be more transformational as the young queen becomes more confrontational against the system and moves to the Petit Trianon, she said.

“I know this is not the view that most people have of her, but she was fighting to preserve her freedom and her personal space. And that was, after all, something that enabled her enemies to undermine her and eventually destroy her. Because she was not adapting, she was fighting against the rules of the court, she found them ridiculous,” added Schüle. “She was stubborn and wanted to change things. She was a rebel.”