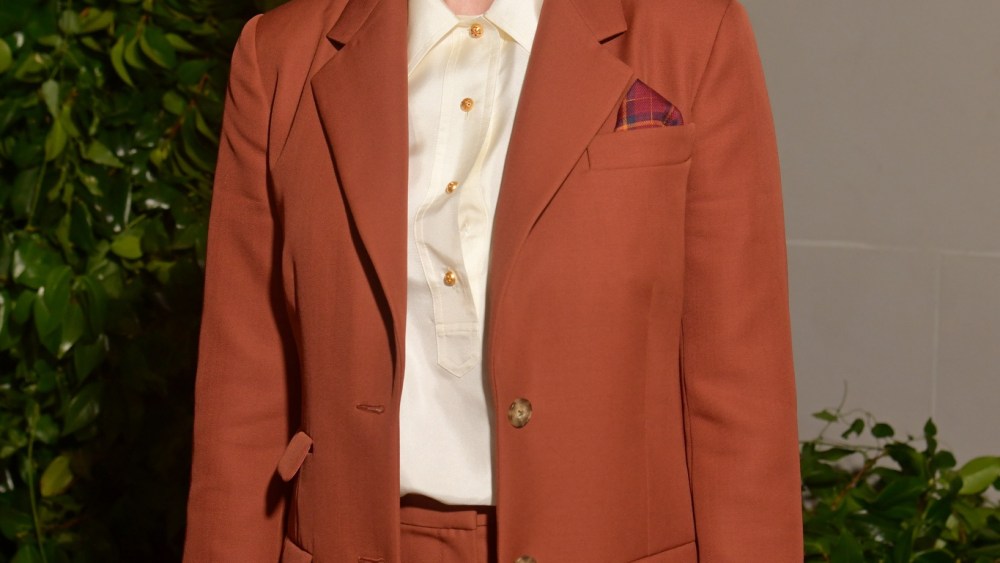 The sidewalk on Eastern Parkway wasn’t populated by strollers and joggers as usual, instead, photographers crowded around barricades in front of the museum, trying to catch pictures of street style and stars including Alexandra Daddario and Logan Browning.

“Good morning! You look beautiful!” one guest cheerily remarked to her friend as they walked inside and took the elevator to the third floor. There, the Beaux-Arts Court hall had been transformed into a garden brunch spot: large tables piled with quiches, crepes and cakes decorated with raspberries made the place look like some kind of Marie Antoinette dreamscape. Liya Kebede and Karolína Kurková skipped breakfast, and hung out by their seats on the front row instead.

“I have to get you products from my children’s line,” Kurková chirped to another woman. “I’ll DM you.”

Mock arrived to her spot just minutes before the show was due to start — and for good reason. She’s busy getting to work in the writer’s room for a new Netflix series called “Hollywood.”

“I’m writing, executive producing and also directing,” she said with a twinkle.

Daddario, meanwhile, said Burch’s show was her first of the week, and that she hadn’t attended NYFW in a long while.

“I’m a New Yorker and I’ve been living in Los Angeles so it’s nice to come back and be in my city,” she explained, adding that she’s about to start filming the movie “Die in a Gunfight” with Olivia Munn. Her point of reference when it comes to the Tory Burch brand is her high school years, when she could only obsess over a pair of Tory sandals or a monogrammed purse from afar.

“Even in high school, having a Tory Burch piece was like, a coveted item. Now I’m 33 and I get to be at the Tory Burch fashion show,” she said. “I couldn’t afford to wear the label in high school so it’s kind of a cool thing as I go through my career to be able to do the things that I always dreamed of as a teenager.”

Mirror Mirror on the Wall, Who’s the Best Dressed of Them All?