The actor, seen next in the new season of Netflix's "The Umbrella Academy," has spent quarantine making a movie from home and challenging herself to rethink what's next.

“Crazily enough, I made a movie in quarantine.”

A few months back, in the midst of lockdown life at home in L.A., Emmy Raver-Lampman received a text from actor friend Luke Baines: “Hey, crazy idea. Can I give you a call?”

The call revealed Baines had, in just four days, written a script during quarantine, and was looking to make the movie while in lockdown, with each actor filming themselves at home, doing their own sound, lighting, sets, costumes, etc.

“We were just like, ‘F–k it. Why not? What else are we doing?’” Raver-Lampman says. “It was really good to feel artistic in that sense again. And there were moments where it was a really, really, good distraction. I feel like the noise and the chaos of everything that’s happening right now, it kind of gave me a grounding thing for a week.”

Raver-Lampman, 31, is at the home in Los Angeles she shares with partner Daveed Diggs, on Zoom from their newly created office complete with storyboards of Diggs’ behind her and many of her beloved plants. She’s completed the movie and has entered into press mode for the new season of her show “The Umbrella Academy,” season two of which premieres on Netflix July 31.

The quarantine movie came just at the right time for the actress, whose creative reserve was just about to feel depleted, after being buoyed by three weeks in February onstage in D.C. for her play, “Gun & Powder.” It had been her first time onstage since she left “Hamilton” in 2017.

“I was so full from that experience,” she says. “I hadn’t been an actor in that way in a while. I hadn’t really sung like that, especially for a live audience, in a while. It was a really good experience to have, especially then having to be in quarantine for who could possibly know how long?” 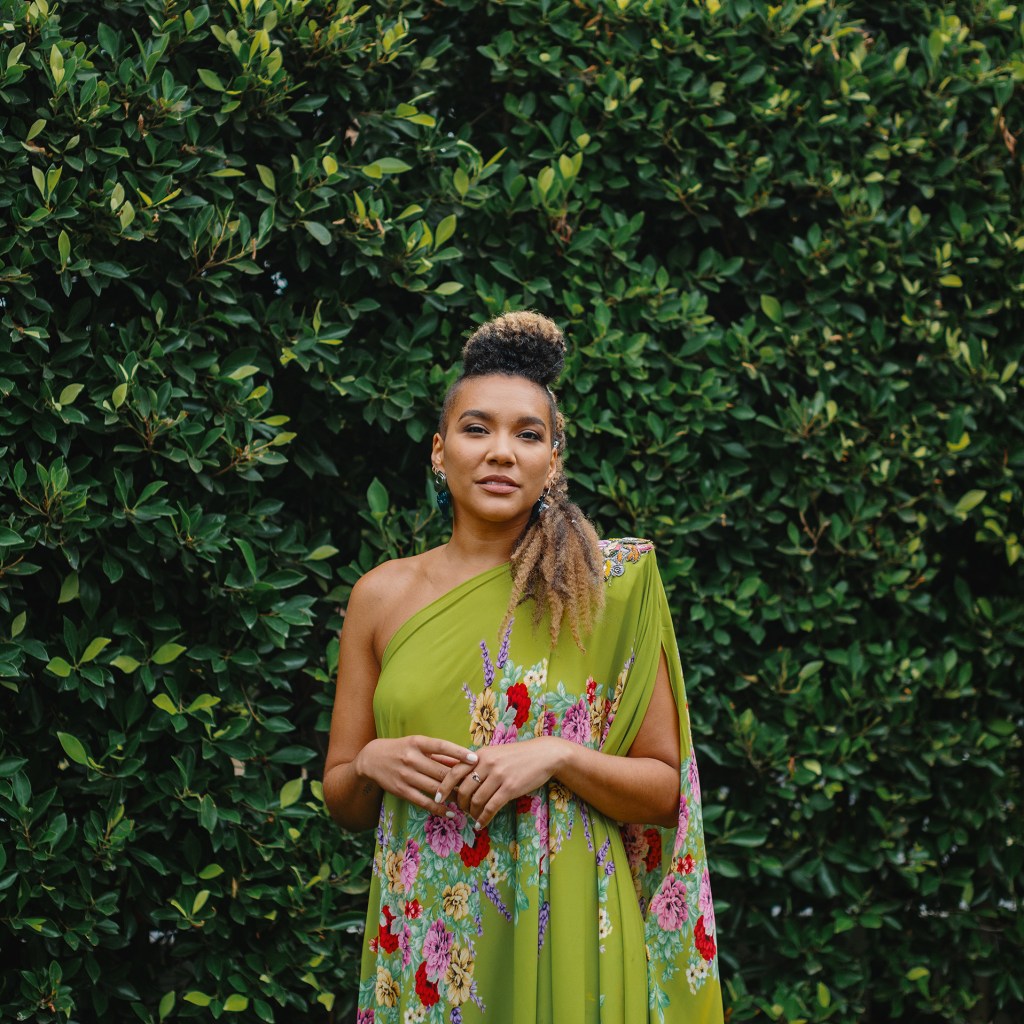 The Norfolk, Va., native has now entered a more reflective, centered phase of her life at home. Several months into the pandemic and the Black Lives Matter protests, she says she’s taking the time to have conversations with her friends, partner and manager about where creative lives go from here, about what kinds of work they want to do and the impact how they spend their time has on their lives.

“I want to make art with people that I love and people that respect, and people that I enjoy spending time with, and people that understand me, and understand everything that makes me who I am, and being a part of a thing that values everybody, that is bringing something to the table,” she says. “And so it’s more of a how. How am I spending my time? How am I giving away my time? And on what? And for whom? Which I think instantly weeds out a lot of things. I know I’m still new in this industry, and I know I still have so much to learn, and so far to grow, which is exciting, but I also think it is well within my right as an artist to be selective, and put my energy and my talent and my time, towards things that I can fully stand behind.”

A look at her first post-quarantine decision was revealed last week with the news that she was taking over for Kristen Bell in Apple’s “Central Park;” the recasting comes from motivation to have a woman of color voice the role of Molly, who is mixed race.

Despite major success at the craft — a Broadway run for a little show called “Hamilton,” a starring role in an uber popular Netflix series — Raver-Lampman says she “still feels like she’s having that moment” of wondering if she’ll be able to be a professional actor.

“I never grew up dreaming about being on Broadway, or getting a Tony Award. I think it just was, ‘This is the thing that I love, and it brings me joy, and it has brought some of the most amazing people and experiences into my life. I think I’m good at it. Great.’ I just kind of followed that thread, and I’ve just been following that thread my whole life,” she says. 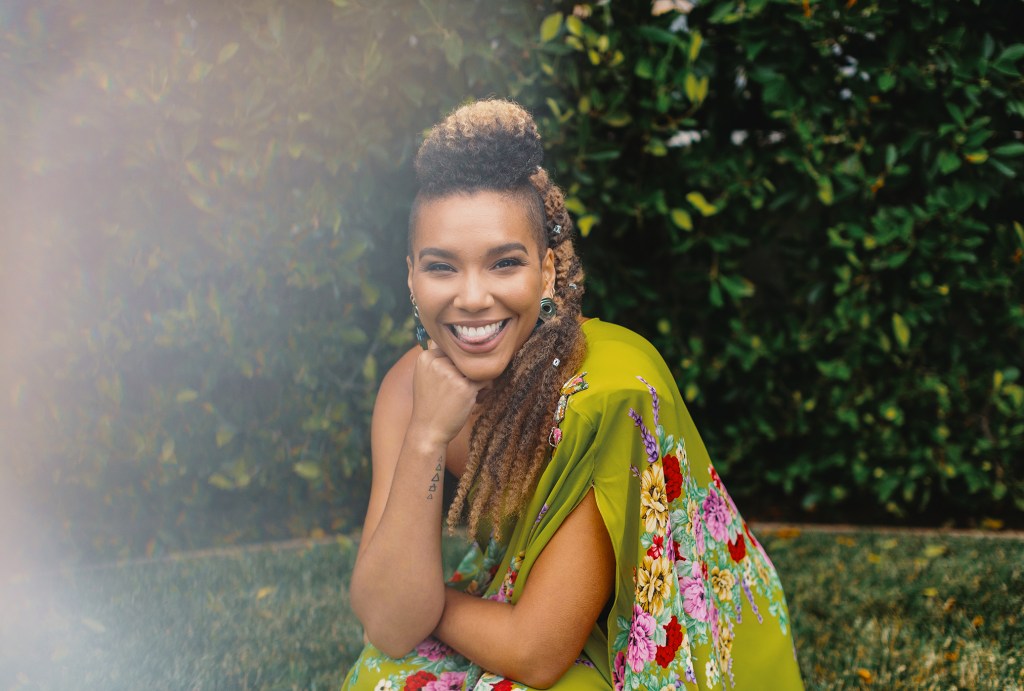 Theater became something she knew well, and so despite the blessing of”Hamilton,” she decided it was time to try something new, despite her only prior on-camera experience being one commercial about swimming tips as a kid.

“At that point, I had been on Broadway and working in New York professionally for about seven years, and I kind of felt like it was time to try something else, to hone my craft in a different way. I was just interested in growing more and learning more, and trying something that scared me,” she says. “The idea of being on a movie set or a TV set scared the s–t out of me, which I think is why I didn’t even think twice when I was like, ‘Yeah, I think I’m going to stay in L.A. I’m just going to do that.’ I think I’ve always, sometimes very consciously, but sometimes very unconsciously, run towards the things that intimidate me and scare me. I think those are the things that are going to be the most worthwhile, and the things that are going to fuel you and fill you the most, and force you to grow.”

Almost immediately, she booked “The Umbrella Academy,” which she calls a “shock to the system.”

“I still think I’m figuring that out. The actor that I am now, I was looking at the actor that I was [when I started the show], being like, ‘Oh, wow. I’m watching myself grow in a new medium, which is really exciting. I’m also like, ‘I was a terrible actor.’ But I didn’t know that then. We’re growing. In some ways, I feel like I’m back at square one, fresh out of college like, ‘Now what do I do?’ And other times, I catch myself and I’m like, ‘OK, I think I know what I’m doing.’”

They Are: Bottling Themselves Up

After Writing for Harry Styles and Halsey, Amy Allen Goes Out on Her Own