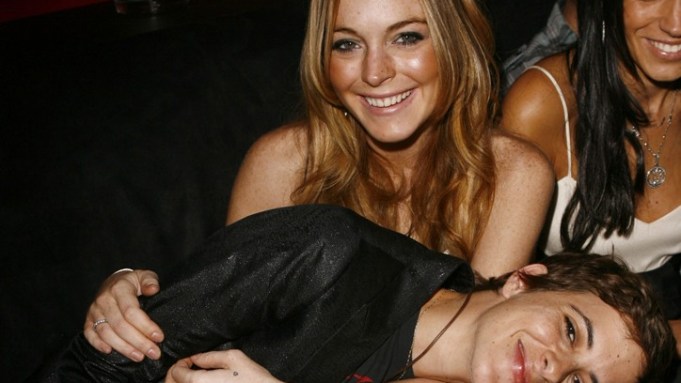 There is no Emmy category for awards night survivor, but a handful of screen stars vied for the trophy, partying into the wee hours after already completing a two-hour red carpet and three-hour live show.

Of course, the competition really began on Thursday when Teen Vogue celebrated young Hollywood with a bash on the rooftop of the old Los Angeles County Museum of Art. Long-legged PYTs fawned over teen wonder band MGMT, who played after a Luella runway show. “I love fashion and music, it’s a perfect night,” said Vanessa Hudgens, who was joined by Rumer Willis, Nora Zehetner and Emma Roberts.

Three nights later, the first stop for more senior scene-stealers, after Sunday’s said carpet and telecast, was the “Entertainment Tonight” and People party at the Walt Disney Concert Hall. Spread over five levels of the undulating Frank Gehry structure, there was plenty of room for Brooke Shields, Amy Poehler, Kristin Chenoweth and the cast of “Mad Men” to spread out. But the size of the event lacked the tension of a tightly star-packed room. Not to mention the dozens of not-so-star-quality guests in attendance like Larry Birkhead, one of hundreds listening to Billy Idol perform all of his Eighties hits. Carrie Underwood bobbed her head along to “Cradle of Love.”

And at TV Guide’s party at The Kress in Hollywood, former boy bander turned reality star Joey Fatone didn’t even know who he was celebrating. “We’re here for drinks and hopefully to congratulate some of the people who won, of which I don’t have a clue,” he said as fans on the sidewalk screamed his name.

Jeremy Piven, on the other hand, was painfully aware of the night’s winners — namely himself for Best Supporting Actor in a Comedy (his third in a row). As the “Entourage” actor came blazing through the door with his statuette in hand, he noted, “I cut myself on one last year, or was it the year before? I’m much more careful now.”