The Pittsburgh retailer's archives get the front-and-center treatment. 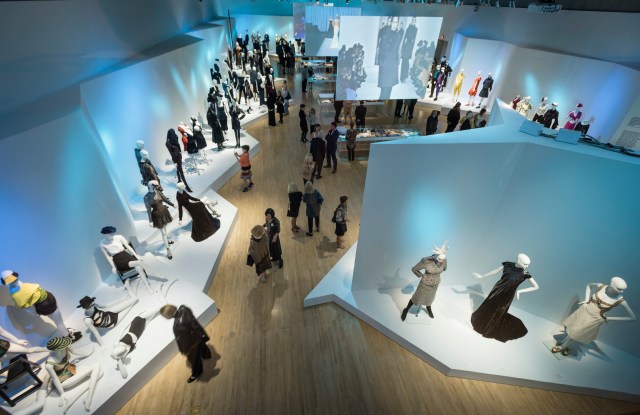 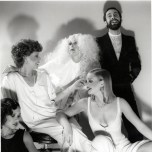 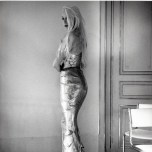 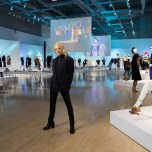 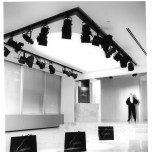 Even the most die-hard fashion follower would have a hard time answering the question: Where was Jean Paul Gaultier’s first point of sale in the U.S.? Not many people would guess Emphatics, a designer store in Pittsburgh, whose impossibly rich archive of more than 400 garments and their related ephemera was purchased by Phoenix Art Museum last year. Just the thought also threw Gaultier for a loop when husband-and-wife retailers James and Karin Legato discovered his nascent collaboration of Star Trek-worthy, color-blocked wool knit suits with Kashiyama at a Porte de Versailles trade show in the late Seventies.

“We mentioned we were from the U.S., and he said, ‘Oh, it’s Bloomingdale’s,’” said Karin, during a preview for “Emphatics: Avant-Garde Fashion 1963-2013” in early November. “It’s a bit cosmic that we closed the store a few years ago at the same time he stopped doing prêt-à-porter. We were with him from beginning to end.”

Gaultier wasn’t the only emerging designer to benefit from the Legatos’ willingness to gamble on unknown European houses throughout their boutique’s 50-year run. The show’s large groupings of Thierry Mugler, Claude Montana, Issey Miyake, John Galliano, Azzedine Alaïa and Olivier Theyskens solo and for Rochas, drive home their dedication. In a letter dating from 1992 on powder blue stationery, among the exhibit’s insightful ephemera, Didier Grumbach, then the president of Thierry Mugler, called out the couple’s irreplaceable vision as a widely shared subject around Parisian houses.

“When the little squares fell off Gaultier’s first Taxi jacket, we didn’t send it back. We just asked him for more squares,” said Karin, of the realistic expectations in forging new territory. “Mistakes are bound to be made.”

More than a boutique, Emphatics was a love story about an artist and his muse as well as a peek into pre-Internet fashion. Though James opened the store in the early Sixties as an extension of his hair salon to style clients completely from cosmetics to platform sandals by Henry Behar for Goody Two Shoes, the exhibit aptly begins with a 1969 Crochetta minidress, the first piece Karin bought from him while a co-ed studying political science.

“We were inseparable from that moment and would still be going if not for his illness,” she said, of the decision to close shop a couple of years before James died in 2015. “Eric Shiner [director of the Andy Warhol Museum at the time] said it was one of the best fashion archives he’d seen and encouraged us to find an institution so it could remain intact.”

The Legatos were hoarders in the best sense, and their meticulous stewardship is a boon for fashion especially the fledgling field of ephemera. Marco Pecorari, director of MA Fashion Studies at the New School Parsons Paris who spoke about the subject at a symposium for the exhibit, was elated with the cache.

Dennita Sewell, the museum’s Jacquie Dorrance curator of fashion design, catalogued 20 bins of ephemera topped with the store’s witty, black velvet rope. Since the Legatos saved both of their paper vest invitations for a Gaultier runway show, which instructed attendees to wear them for entry or suffer the wrath of l’enfant terrible, the front and back are able to be displayed. Azzedine Alaïa’s signature faxes simply stating the date, time and place for presentations contrast cases of showy invitations as holograms (McQueen), pop-ups (Gaultier) and a leopard-printed faux fur purse complete with its contents — lipstick, cigarettes and German banknotes (Galliano).

“I remember when all the paper bills dropped from the ceiling,” said Karin, among snippets of her front-row and backstage recollections printed on accompanying labels.

“She brings a level of authenticity to this project that really makes it sing. She was there,” said Sewell, who enlisted several other flies on the wall from decades past, such as supermodel hairstylist Danilo who spoke at the symposium, and DJ and artist Scott Ewalt for the exhibit’s custom soundtrack.

Beyond the infectious music, fashion fans or not get sucked into the Legatos’ library of runway show videos played on massive, double-sided screens hanging from the center of the gallery and loaded on interactive iPads. The timely multimedia immersion makes the exhibit ripe to travel upon concluding in the U.S. Jan. 16.