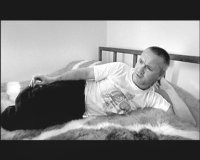 LONDON — It was a shining but all-too-brief moment in British history, and now it’s the subject of a documentary starring the Gallagher brothers, Jarvis Cocker and Damien Hirst. “Live Forever,” released here on Monday, is the story of the Nineties Britpop years, 1994 through 1997, when rockers from working-class homes found a voice after nearly two decades under the thumb of conservative governments and in the shadow of American culture.

Director John Dower traces the music — and class — rivalry between Oasis, formed by the working-class Gallagher brothers, and Blur’s middle-class David Albarn. “I worked on building sites. That fundamentally makes my soul a lot purer than theirs,” says Noel Gallagher, tongue planted firmly in cheek. On a more serious note, he adds: “We were born into a f****** life of menial f****** jobs. What aspirations did we have? All we had was rock ’n’ roll.”

Though the spotlight is on the homegrown music that sparked the first big chart wars since the days of the Beatles and the Rolling Stones, the 82-minute documentary also captures the period’s Cool Britannia, featuring runway clips of Alexander McQueen, John Galliano, Stella McCartney and Kate Moss — not to mention that famous scene of Ewan McGregor’s drug-induced antics in “Trainspotting.” Included are interviews with everyone from Damien Hirst (who dishes about his stuffed shark and the Young British Artists) to Peter Mandelson MP, the Labour Party’s campaign director, who discusses Prime Minister Tony Blair as rock music fan. Dower examines how Blair’s party embraced Britpop during its 1996-97 election campaign in the hopes that some of that working-class stardust would rub off. It did — the party won a landslide victory in 1997, and there’s even footage of Noel Gallagher chatting with Blair at a cocktail party at 10 Downing Street.

Alas, Dower contends, Britpop ended almost as soon as it began. Oasis’ much-awaited “Be Here Now” album released in August 1997 wasn’t the hit it was supposed to be. Princess Diana was killed a few days later, and no one was in the mood to party.

Producer John Battsek, whose past work includes “One Day in September,” the Academy Award-winning documentary about the 1972 Olympic Games in Munich, said putting the documentary together wasn’t easy.

“We weren’t going to do it unless we got the holy trinity of Britpop in there — the Gallaghers, Jarvis Cocker and Damon Albarn,” says Battsek. “A lot of musicians don’t like talking about what they did in the past because they think it negates what they’re doing now. There was a general reluctance to talk.”

But once they got started, there was no stopping them. Toward the end of the film, Noel is asked whether he knew he was making history at the time. His answer is no: “If we’d have sat down and calculated we were going to make history, I certainly would have worn a better outfit and gone to bed a little bit earlier — and tried to keep Liam off the sauce.”