Evan Rachel Wood has made headlines for her decision to wear suits on the red carpet in the past year, citing a desire to create more expression for femininity. 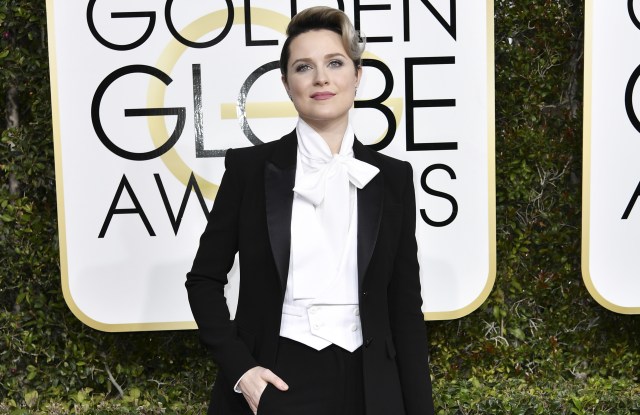 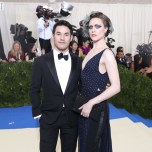 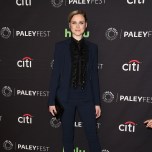 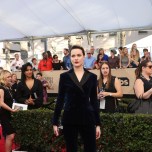 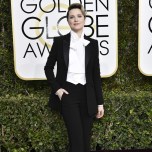 Evan Rachel Wood’s style has always explored the androgynous, and over the course of the past year’s awards season, she made a conscious decision to only wear suits on the red carpet, with the goal of opening the norms of what is considered “beautiful” or required of a woman on a red carpet. After suit looks at the Golden Globes and the SAG awards earlier this year (both at which she was nominated for her role in “Westworld”,) Wood will be rounding out the awards circuit at the Emmys on September 17 with another custom suit.

“The Emmys would probably be the last award show of the season to kind of keep that promise,” Wood says. “I was thinking about it and I was like ‘god I’m getting really spoiled — I really like wearing these suits.’ So I’m sure in the years to come it’ll be suits and dresses; I don’t think I’m just going to stop after the Emmys. Again, I like dresses — it depends on the dress — but it certainly won’t be the last time you’ll see me in a suit on the red carpet.”

Wood works with stylist Samantha McMillen and for the Globes and the SAGs, the two sought out Joseph Altuzarra to create custom suits for the occasion.

“I’ve been working with her for about 13 years, since she was 17 years old and she’s going to be 30 this year,” McMillen says. “Since we’ve been working together, we’ve always done suits here and there, so it wasn’t a big surprise or anything like that, but it was just more [about] really putting thought into [it] because it was for awards shows; not making it just a suit but making it something special and unique, just to kind of show different ways that you can dress for awards shows and be yourself and be different and be special. Making it a look instead of just a suit.”

Laura Dern, the Year in Style

Nicole Kidman Through the Years: Celebrating Her Style Evolution