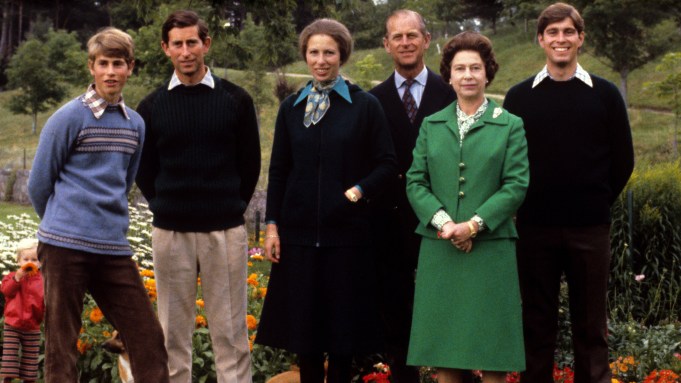 LONDON — Queen Elizabeth II’s death has triggered a series of changes and once-in-a-lifetime events that are set to unfurl over the next two weeks, all of which have been carefully planned by Buckingham Palace.

The protocol for the death of a monarch is rooted in centuries of tradition, and a similar period of national mourning would have taken place following the deaths of rulers including King Henry VIII, Queen Elizabeth I and Queen Victoria.

The country has not witnessed the death of a reigning monarch since the queen’s father, King George VI, died in 1952 at the age of 56.

The death of the queen, the country’s longest-reigning monarch who ruled for 70 years, also means that her son Charles has become king and his wife Camilla now queen consort. Prior to Camilla, King George VI’s wife, Queen Elizabeth the Queen Mother, was the last queen’s consort. She died in 2002.

A host of royals will have a title change, including Prince William, Kate Middleton and their children.

Queen Elizabeth II’s funeral is expected to take place on Monday, Sept. 19, at Westminster Abbey, the same place where she married Prince Philip in 1947 and where she was crowned in 1953. Buckingham Palace has yet to confirm the date and time of the funeral service.

Her coffin will be covered with the Royal Standard flag, which features three gold lions for England, a red lion for Scotland and a harp for Ireland. Sitting atop the flag will be the Imperial State Crown, which has the Cullinan Il diamond, cut from the largest diamond in the world.

Once the coffin arrives at the Palace of Westminster, an orb and scepter will be laid on top.

The coffin will travel on the gun carriage from Westminster Hall to Westminster Abbey. Following the funeral, it will be drawn in a walking procession to Wellington Arch, at London’s Hyde Park Corner.

A hearse will then take the coffin on its final journey to St. George’s Chapel at Windsor Castle for a committal service attended by senior members of the royal family.

St. George’s Chapel is where Prince Philip’s funeral was held in 2021, and where the Duke and Duchess of Sussex got married in 2018.

How Long is the Royal Mourning Period?

Following the death of a monarch, the newly appointed sovereign decides on the period of royal mourning. For his mother Queen Elizabeth II, King Charles III has expressed his wish for royal mourning to be observed for seven days after the queen’s funeral, which will be confirmed by Buckingham Palace. This means the mourning period will last for at least two weeks.

What Are the New Royal Titles?

Charles, 73, was Britain’s longest-serving heir to the throne, first in line since he was three years old. Following the death of his mother, he automatically became king according to the 17th-century Bill of Rights (1689) and the Act of Settlement (1701).

Clarence House, the town house near Buckingham Palace where he currently resides, confirmed Thursday that he will be known as King Charles III. He will be styled as His Majesty instead of His Royal Highness, like the queen.

He made his first televised speech as monarch on the evening of Friday, Sept. 9, thanking the public for their condolences and pledging to serve as king “with loyalty, respect and love.”

In February, the queen offered Camilla the title of queen consort as a gesture of support for her son’s future reign.

“When, in the fullness of time, my son Charles becomes king, I know you will give him and his wife Camilla the same support that you have given me; and it is my sincere wish that, when the time comes, Camilla will be known as Queen Consort as she continues her own loyal service,” Queen Elizabeth II said in a statement earlier this year.

As the eldest son of the monarch, Prince William is now first in line to the throne. Now that his father is king, William and his wife Kate Middleton have inherited Charles’ and Camilla’s former titles of Duke and Duchess of Cornwall. They have already added the new title to their current Cambridge one.

Late Thursday, the couple signaled this change on their social media accounts. Their bio now reads: “The official Instagram account of The Duke and Duchess of Cornwall and Cambridge, based at Kensington Palace.”

When in Scotland, William and Kate will take on the titles of Duke and Duchess of Rothesay, per tradition, for the first in line to the throne.

What Will Happen to Stamps, Coins, Banknotes and Passports With the Queen’s Face on Them?

The queen’s coins will remain in circulation in the U.K. and it’s likely that new ones will be issued gradually after King Charles III’s coronation. All coins remain valid for use.

Before 1971, it was common to find multiple monarchs on currency until they were all decimistated.

The last redesign of the coins happened in 2015, when the queen was 88 years old. Currently the queen faces the left, but when the king’s coin is issued, he will be facing the right as it’s tradition for each new monarch to alternate.

In 2018, when Charles turned 70 years old, the Royal Mint marked the occasion with a special coin.

The designs on a coin will be signed off by the government and manufactured at the Royal Mint in Llantrisant, south Wales.

The Queen has appeared on all notes since 1960 — these will be eventually phased out with the Bank of England giving notice.

Queen Elizabeth II has appeared on all stamps since 1967. The Royal Mail will now stop producing them and start processing new ones with Charles’ profile on them.

New postboxes outside of Scotland will feature the king’s cypher. Currently there are 115,000 with the queen’s emblem of EIIR, E for Elizabeth and R for Regina, which translates to queen in latin.

British passports will be updated with the cover and inside reading “His Majesty”, but current passports are still valid.