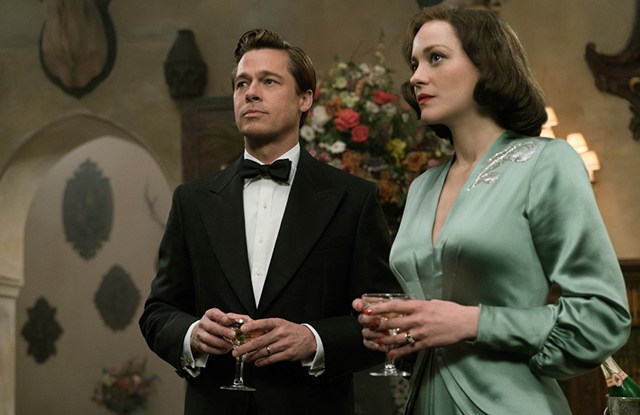 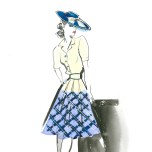 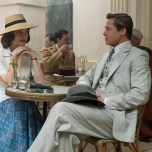 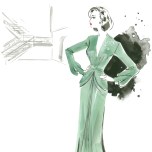 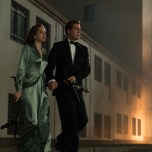 The sweeping trailers and towering billboards have been hard to miss; by now, the world knows that Brad Pitt and Marion Cotillard are front and center in the forthcoming WWII-era epic “Allied.” But just as eye-catching as the movie stars’ good looks are the sumptuous costumes designed by veteran Joanna Johnston. In an exclusive video, Johnston, the film’s director Robert Zemeckis and Cotillard discuss the power of costumes in helping to bring the romantic spy thriller to life.

It certainly wasn’t easy; Johnston, who has worked on a string of films with Zemeckis starting with “Who Framed Roger Rabbit,” and on to “Back to the Future Part II” and “Part III” and “Forrest Gump,” had only a few weeks to research “Allied,” which spans World War II Africa, Paris and London.

“There were a great deal of different ‘set’ pieces which are only one scene long, and so the background designing of Allied was fairly extensive, as well as obviously getting all the work of the principals made and tailored and all the embellishments that go with each outfit,” said Johnston, who added that what she loves best about period films is “learning so much about the subject that you never knew before.” Though Johnston also designed costumes for the WWII-era film “Saving Private Ryan,” for “Allied,” she had to gain an understanding of what life was like away form the front line, as in Casablanca, Hampstead, England and, most importantly, in the Special Operations Executive, the British undercover organization for which Cotillard’s character works.

“I wanted her to look considered in her application and playing a ‘role,'” said Johnston, “So in Casablanca she is super stylish, French in style and in a cosmopolitan city of that time. In London, she is a wife and mother living in romantic albeit more meager means, but she still has that sense of French application underpinning her.”

While the clothing silhouettes are heavily footed in the early Forties style, Johnston said she did take certain liberties with design. “Of course you make the period work for the story, to give each film its own ‘look.’ I am continually aware as to what looks good to today’s eyes. I like that certain costumes become memorable as part and parcel of the film and the actor.” She used plenty of satin and shimmery fabrics to draw attention to Cotillard in key wartime scenes, and the mint green strong shouldered-gown pictured here seems destined to become one such costume.

For the principal and secondary actors, Johnston made nearly everything from scratch, buying vintage pieces for reference, and to outfit some of the extras. “I wanted a polished look to the film and this is hard to do with clothes that are 70 years or so old, and I wanted this very defined style carried all through the story on everyone on camera,” she explained.

As for her philosophy on costume design, Johnston noted, “The clothes in any film should help either drive or underline the people they are cladding as well as telling the audience where they are in the world. We were often not filming in the place that the story was set [most of the movie was filmed in London], so hopefully the costumes and the production design make the watchers believe in where it is meant to be.”

Apart from designing film costumes, Johnston said she’s working on a design product idea too, “and in regards to a movie, I am waiting for a delicious script to land on my lap.”