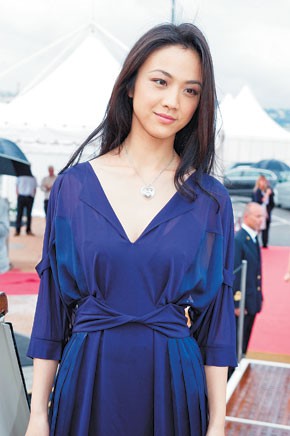 The pouring rain didn’t keep Alberta Ferretti from playing hostess to the stars of “Che” on Tuesday aboard her yacht, Prometej. “It wouldn’t be Cannes without all these strong, modern women,” she said of the cast of the four-hour-long Steven Soderbergh biopic starring Benicio Del Toro. Catalina Sandino Moreno, Franka Potente and Julia Ormond, who play the three pivotal women in the revolutionary’s life, sipped Champagne and mojitos on the bobbing deck.

Moreno had to dress down for her role as Che’s wife, but said, “I’ve got no vanity about looking gritty on screen.” Fortunately, she and the other guests cleaned up for the festivities, also attended by French starlets Zoé Félix and Aïssa Maïga.

A gaggle of Euro socials — including Tatiana Santo Domingo, Olympia Scarry and Josephine de la Baume — also cozied up on deck, which was covered by a canvas roof. “I’m not working here,” said Santo Domingo, who is said to be “helping out” at Vanity Fair. “We’re on holiday.”

On Monday, Chopard held its annual Trophy party at the Carlton, attended by Gwyneth Paltrow, Salma Hayek and Christina Ricci. Tang Wei, dressed in Roberto Cavalli, intended to wear black to mourn the earthquake victims in China, but instead persuaded Cavalli and Ferretti to make donations to earthquake relief.

New York actor Omar Metwally, an honoree, was a bit shell-shocked by the Cannes brouhaha. “All I wanted to do was stay in my hotel room and hide,” he said, “but I’ve been embracing all of it.” Stars boogied to Andy Garcia’s band (which is much more popular here than in the U.S.) until the wee hours, when everyone finally headed home with silver glitter stuck to the bottom of their stilettos.

CHOPARD PHOTOS BY GETTY IMAGES; ALL OTHERS BY STEPHANE FEUGERE