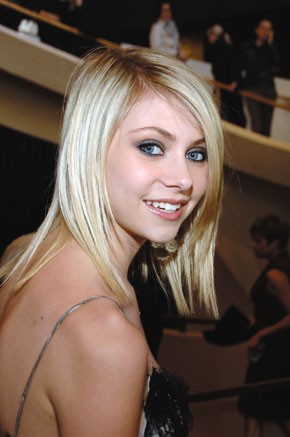 While jet-setting actresses party in Cannes, the New York social set has been swilling its fair share of Champagne. On Wednesday, Hunt Slonem celebrated his show at the Marlborough Gallery with a Celine-sponsored dinner at his new Midtown studio space. Gina Gershon and Jeffrey Dean Morgan showed up after her performance in “Boeing, Boeing,” but some guests such as Genevieve Jones had already decamped for The Kitchen’s spring benefit at the Puck Building.

On Tuesday night, Ines de la Fressange welcomed the Senior Associates of the Society of Memorial Sloan-Kettering Cancer Center to Roger Vivier’s boutique for a girls’ night out. De la Fressange was perplexed at the idea of partying in a store. “We don’t do this in Paris. Where would we do it? Galeries Lafayette? Bon Marché?” she said. Once the ladies had charged in the name of charity, they snuck next door to La Goulue. Downtown, Carlos Souza toasted his Most Wanted Design jewelry collection at Bette with friends including Sean Avery, Amy Sacco and Larry Gagosian.

Many of the youngsters seemed plenty wound up on their own. “He’s a New Yorker and that’s what New Yorkers do — party,” said Irina Pantaeva while her son, Solongo, danced around in Batman pajamas.

The previous evening, American Ballet Theatre held its annual Spring Gala, this year sponsored by Nina Ricci and Graff, at the Metropolitan Opera House. Co-chairs Olivier Theyskens, Tory Burch, Susan Fales-Hill and Anne Grauso, along with Narciso Rodriguez, Lauren Santo Domingo, Fé Fendi, Jamee Gregory and Taylor Momsen marveled at Irina Dvorovenko’s performance in the pas de deux “Splendid Isolation III.” It even led some to admit to dancing aspirations of their own.

“I wanted to be a modern dance choreographer when I was 18,” recalled Sigourney Weaver. “But all my friends who were in ballet had no money.”

And on Saturday, the Dia Art Foundation’s Gucci-sponsored spring benefit at Dia:Beacon was very low key — thanks, in part, to the bucolic venue 60 miles north of Manhattan. Art-world bold facers Jeanne Greenberg Rohatyn, Brice Marden and Francesco and Alba Clemente sat through sun showers during an outdoor performance by the Merce Cunningham Dance Company. “Of course you could slip and fall,” said Merce Cunningham of the weather. “But it wasn’t that serious.”

BABY BUGGY PHOTOS BY PASHA ANTONOV; ALL OTHERS BY STEVE EICHNER