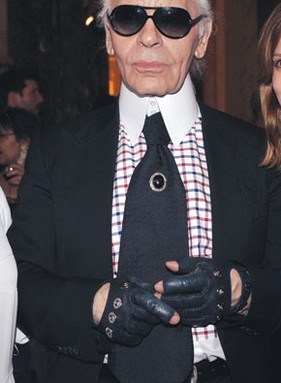 A little heat and a flash thunderstorm weren’t enough to keep New Yorkers from marking the Museum of Modern Art’s 40th annual Party in the Garden on Tuesday night — even though the garden in question was more like a sauna than a cool, verdant oasis. Agnes Gund, David Rockefeller, Evelyn and Leonard Lauder, Marie-Josée Kravis, Nat Rothschild, Barry Diller and Diane von Furstenberg gamely donned black-tie ensembles and mingled with artists like Lawrence Weiner, Alex Katz, Chuck Close and Olafur Eliasson.

“I’m heading inside. I don’t want to have to start flapping my arms to get air,” joked Diane Sawyer, whose husband, Mike Nichols, and Donald Marron were being honored.

After dinner, many of the grown-ups decamped and a flood of youngsters packed the outdoor after party to watch M.I.A. perform an energetic set.

The Sri Lanka-born rapper certainly had a reason to be in a good mood: She was sporting a diamond solitaire engagement ring, courtesy of fiancé Benjamin Brewer, a musician himself and the son of Seagram heir and Warner Music Group head Edgar Bronfman.

“I thought everyone went all out for these,” explained Nina Griscom, who came decked out in full leather armor and headgear (husband Leonel Piraino wore faux papal robes). “I’m old enough I should know better.”

Indeed, younger folks like Elettra Wiedemann followed much looser interpretations. “I did Roman-comma-Chic,” she said, dressed in a drapey Ferragamo number.

That same evening at the Château de Versailles outside Paris, Karl Lagerfeld led Princess Caroline of Monaco and her husband, Prince Ernst August of Hanover, and Valentino and Giancarlo Giammetti through his exhibition of silvery screen prints of the palace grounds. He could imagine staging a Chanel show at the palace in the near future, he said, given the Grand Palais will likely be booked for exhibitions. “That’s if they’ll have me,” Lagerfeld added.

Valentino had other plans. “Wouldn’t it be wonderful to throw a ball in here,” he said.

“Forget all of those clichés of excess. If I could spend one night here I would privilege solitude, wandering alone through all of the rooms,” mused Joanna Preiss, as a phantom-like Owen Wilson, dressed in a white jacket, scuttled through the event and out, dodging photographers.

The next evening, Becca Cason Thrash threw her American Friends of the Louvre benefit at the French museum, where she reckoned there were “zillions of billions of dollars” roaming through the halls. “Please, you’re so rich,” she entreated as she auctioned off luxurious vacations to bidders, most of whom she knew on a first-name basis.

After dinner along two lengthy tables in the Borghese-Daru gallery, guests including Bianca Jagger, Eugenio Lopez, Maryll Lanvin, Maryvonne Pinault and Russian socialite Dasha Zhukova headed for the atrium under the pyramid for the main event: an all-hits Duran Duran concert.