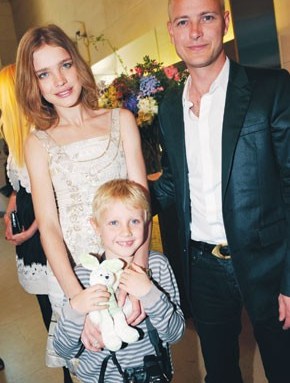 The festivities kicked off with a viewing of “Agamemnon” at the ancient Greek amphitheater, followed by dinner in the main square for 250 of the couple’s friends. The next evening, they were joined by 600 more guests at Beccaria’s restored medieval castle. “This is the perfect setting for the Bonaccorsis — they look like the sweetest dolls,” said Margherita Missoni, referring to the designer’s daughters, Lucilla, Lucrezia and Luna. Guests including Allegra and Francesca Versace, Pia Miller Getty, Fulvia and Leonardo Ferragamo, Teresa Missoni, Katell Le Bourhis, Miley Zegna, Marta Marzotto, Irina Abramovich and most of Italy’s double-barreled and royal surnames, from Bianca d’Aosta Arrivabene and Camilla and Carlo di Borbone to Manfredi della Gherardesca and Fulco Ruffo di Calabria, dined alfresco among rows of candlelit olive trees.

“I really didn’t expect all these dear friends to make it down here,” said a touched Bonaccorsi. He probably didn’t expect holdouts to stay on the dance floor until 6 a.m. either. The next morning, those who could drag themselves from bed returned for a barbecue lunch while the kids played in the pool.

Monday night in Paris, a chic set gathered for a dinner to celebrate Valentino’s solo exhibition at Les Arts Decoratifs. “[Valentino] always teases me about my sequins and feathers,” Daphne Guinness sighed, smoothing her snug but feather-free Valentino couture dress. Betty Catroux, Gloria von Thurn und Taxis, Georgina Brandolini, Charlotte Casiraghi and crew and Valentino’s successor, Alessandra Facchinetti, came to view the exhibit. Claudia Schiffer marveled at the 225 gowns on display. “You could sit there for hours and hours. The detail,” she said.

The next night’s gala brought Cameron Diaz, Eva Mendes, Jennifer Morrison and Maria Bello to the Beverly Hilton ballroom, where they were treated to bizarre sights such as waiters with dessert plates parading across the stage to music and a Lucille Ball impersonator. But that didn’t diminish the achievements of honorees Ginnifer Goodwin, Salma Hayek, Sherry Lansing and director Diane English and the cast of her film, “The Women.” “Had I been tall and blonde I might have gotten more roles and made tons of money, but then I probably also would have gotten hooked on drugs and ruined my career by now,” Hayek joked.

That night in New York, Nordstroms and Vogue hosted a cocktail party at the Harold Pratt House in anticipation of New Yorkers for Children fall gala in September. Oscar de la Renta, Lauren Santo Domingo and Zac Posen were joined by Joy Bryant, who had accessorized with a fresh flower placed squarely in her cleavage. “It’s my form of aromatherapy,” she said, taking a whiff before heading downtown to Skylight, where Max Azria was cochairing the Whitney Museum’s annual Art Party for the second year in a row. A huge disco ball twirling over a crowd including Gretchen Mol, Jason Wu, Lou Doillon, Eva Amurri, Behati Prinsloo, Eli Manning, Barbara Bush and Ann Dexter-Jones (showing off bracelets from her forthcoming jewelry line).

Co-chair Rachel Bilson and Lubov Azria were looking for guidance on the silent auction artwork by Cecily Brown, Taryn Simon and Will Cotton. “I am art shopping, but I don’t really understand some of these,” said Azria.