Who exactly is Ryan McGinley? Few of the attendees at the Guggenheim Young Collectors Council Artist's Ball even seemed to know the name of the evening's honoree. 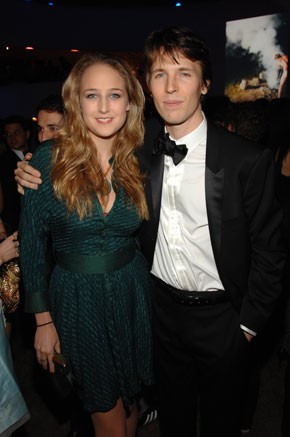 At a time when Art Basel has managed to out-fashion week fashion week, it’s not surprising that few of the attendees at the Chloé-sponsored Guggenheim Young Collectors Council Artist’s Ball even seemed to know the name of Ryan McGinley, the evening’s honoree.

Singer Feist, who is featured in practically every iPod commercial on TV, remained incognito for most of the night. But she was also at a loss for words when asked to explain her presence at the party.

“I got the invitation and I was so flattered,” she said.

Ditto for Erin Fetherston, who didn’t even know who McGinley was. “Who is he?” she responded when asked if she liked his work. “Oh, that’s embarrassing, I should know that.”

Others in attendance included Natalia Vodianova, Blake Lively, Julia Restoin-Roitfeld, Elettra Wiedemann, Piper Perabo, Jacquetta Wheeler and Barbara Bush, most of whom also did not pay much attention to the montage of McGinley’s photographs projected on a screen in the museum’s rotunda. They were too busy fighting for drinks at the packed bar (the champagne ran out around 11) and checking out a performance by melodic crooners Blonde Redhead.