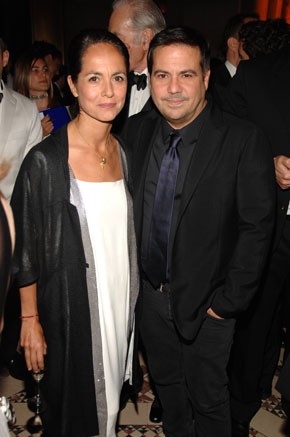 Scores of Latin American designers including co-chairs Isabel and Ruben Toledo, Narciso Rodriguez, Francisco Costa, Angel Sanchez and Maria Cornejo gamely donned plastic tiaras and nibbled on flan birthday cakes – an experience lost on some the first time around. “I was probably out dancing all night at Studio 54,” recalled Isabel Toledo of her 15th birthday celebration. At 15? “Yes, I started young.”

Simon Doonan’s 15th birthday was decidedly less glamorous. “It was pathetic and tragic,” Doonan said with a laugh. “Probably because I didn’t have any Latin friends back then.”

While Doonan toyed around with the plastic tiaras at dinner (“I’m going to write a book called ’20 Things You can Do with a Tiara,'” he said.) two party-goers showed off the real deal. Miss Teen USA Hilary Cruz and Miss USA Crystle Stewart each sported $250,000 worth of Mikimoto baubles atop their updos. “But, girl, I was wearing those plastic crowns my whole life before I won this,” said Cruz.

At the evening’s end, El Museo donors Jose and Carmen Unanue received a standing ovation for their $3 million dollar donation to the institution. “This is just like when [‘American Idol ‘winner] David Cook won,” Doonan.