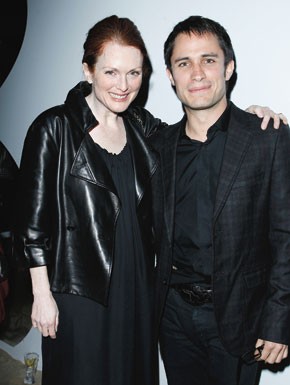 A barbecue may seem the ideal way to welcome an Aussie to Cannes, but the lush garden of the Hotel du Cap is a far cry from the countryside Down Under. Nevertheless, Charles Finch and Chopard’s Caroline Gruosi-Scheufele did the best they could to make Cate Blanchett feel at home at the barbecue they threw Thursday afternoon. Harvey Weinstein, Devon Aoki, Gillian Anderson, Bar Refaeli and Mischa Barton mingled on the croquet lawn. Blanchett, who arrived barefoot, discussed her kids’ reactions to her latest role as the Russian baddie Irina Spalko in “Indiana Jones and the Kingdom of the Crystal Skull,” which had its premiere Sunday night. “My youngest, Roman, is fascinated by hair. He was spellbound by my bob [in the movie] which was very Louise Brooks,” she said, adding that rather than pretending to be Indiana Jones, her sons are obsessed with emulating George Lucas and Steven Spielberg.

Barton, meanwhile, chatted about her recent adventures in Moscow for the filming of “You and I.” “I play an underprivileged Russian girl who dreams of becoming a model, goes to Moscow and ends up in the wrong circles,” said Barton. “It’s a comment on contemporary Russian pop culture.” Barton’s mother, Nuala, was sporting one of the latest designs from Barton’s nascent eponymous bag line. “I don’t want it to be just another celebrity bag line, so I’m keeping quiet about it until I’m really happy with where it’s at,” said Barton.

Blanchett was out the night before at another Chopard party, cohosted by Alberta Ferretti, at Chopard Beach. Juliette Lewis had absconded from her tour bus to play DJ. “I live on a bus with big dudes,” said Lewis. “This is a vacation for me, and a chance to wear high heels and pretty dresses.”

Meanwhile, a gigantic fireworks display was launched from two boats at sea (Microsoft co-founder Paul Allen, was rumored to be behind it). Guests at Costume National’s dinner for the cast of “Blindness,” including Julianne Moore and Gael García Bernal, poured onto the beach to take in the spectacle. Mingling with the stars, designer Ennio Capasa disclosed the brand will be opening its first stand-alone stores in Moscow and Amman, Jordan, in July. Further down the beach, a mob scene erupted at the “Kung Fu Panda” after party, fueled by the presence of Brangelina, Dustin Hoffman and Jack Black.

A newly blonde Lily Allen, who had been vacationing at Elton John’s house in the South of France, joined Natalie Imbruglia for British GQ’s bash, sponsored by Akvinta vodka, at Festival House. Meanwhile, Monaco’s H.S.H. Prince Albert II drew partygoers to the Panto Port for an eco-oriented benefit event for The Prince Albert II of Monaco Foundation. Kelly Rowland performed at the bash hosted by Greenhouse, which will open its club in New York at the end of the summer and also hosted the after party on Friday for the Mike Tyson documentary, “Tyson.”