A Farm Girl’s Way With Flowers 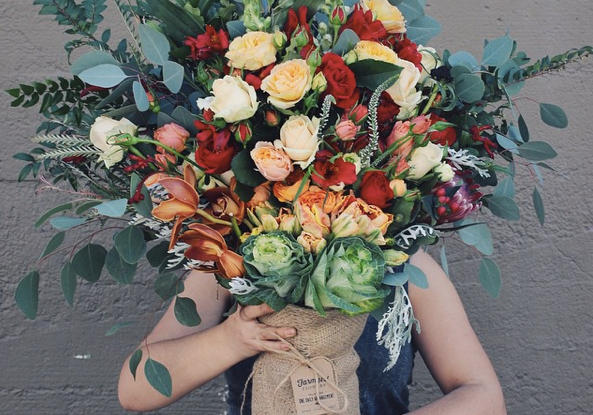 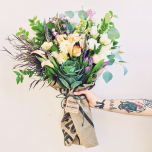 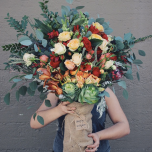 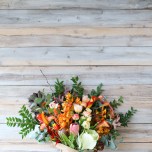 Farmgirl Flowers is Christina Stembel’s answer to insipid online bouquets, limpid supermarket roses, blossoms manipulated into the shapes of animals and flowers dyed colors never seen in nature. She’s not a fan of balloons and teddy bears either, which as far as she’s concerned, have no business being attached to blooms.

With Farmgirl, Stembel is squarely taking aim at the major players — FDT, Teleflora and ProFlowers. “Everything the big guys are doing is ugly,” says Stembel, who got the idea for the business after she ordered flowers for her mother’s birthday from a national florist and was appalled by the arrangement.

A real farm girl, Stembel grew up in Northern Indiana, where her parents cultivated corn and soybeans, not flowers.

“People want to hear that I had a huge passion for flowers,” she says. “I wanted to start a company that did something good in the world.”

The American flower industry has been severely pruned back by florists seeking cheaper stems overseas. “Half of all American flower farmers have gone out of business in the last 25 years,” Stembel says. “The number of commercial rose growers has dwindled to five, from 150 to 200, 20 years ago. All this was compelling me. I want to help American flower growers stay in business.”

Locally grown flowers, which stay fresher longer than imports, have other benefits. “Imported flowers contain carcinogens,” Stembel says. “You don’t eat them, but the chemicals they put on them does touch your skin.”

Stembel’s aesthetic is a slightly off kilter riot of true hues punctuated by succulent greens.”I like things that are more natural, wild child and whimsical, not perfect-looking” she says. “I’m also a color snob.”

Farmgirl bouquets are hand-tied and wrapped in biodegradable reused burlap coffee bags. The company doesn’t specify the types of blossoms that will be used in a bouquet, but lists those that are in season. For fall, that includes dahlias, garden roses, calla lilies, snapdragons, amaryllis and tulips.

“Nobody says their favorite flower is the scabiosa or Eucalyptus pod,” says Stembel, who uses both, along with protea, to add texture to arrangements. And it’s no surprise that the farmer’s daughter likes using vegetables such as kale and herbs like rosemary in her bouquets.

Farmgirl’s prices are below the nationals. Stembel charges $78 for a large assemblage of 30 to 35 stems, compared with FTD’s $93 and ProFlowers’ $80.

With no formal training, Stembel attended the “University of YouTube” to learn the basics and refined her green thumb by fooling around with flowers for a few months.

“When I hire floral designers, I have the best luck with people who’ve never designed flowers. No red roses and baby’s-breath or roundy moundies,” she says, referring to the first design taught in most floral design schools. Farmgirl, which launched in 2010 in Sembel’s dining room, now has a presence at the San Francisco and Los Angeles flower marts, and recently started shipping nationally.