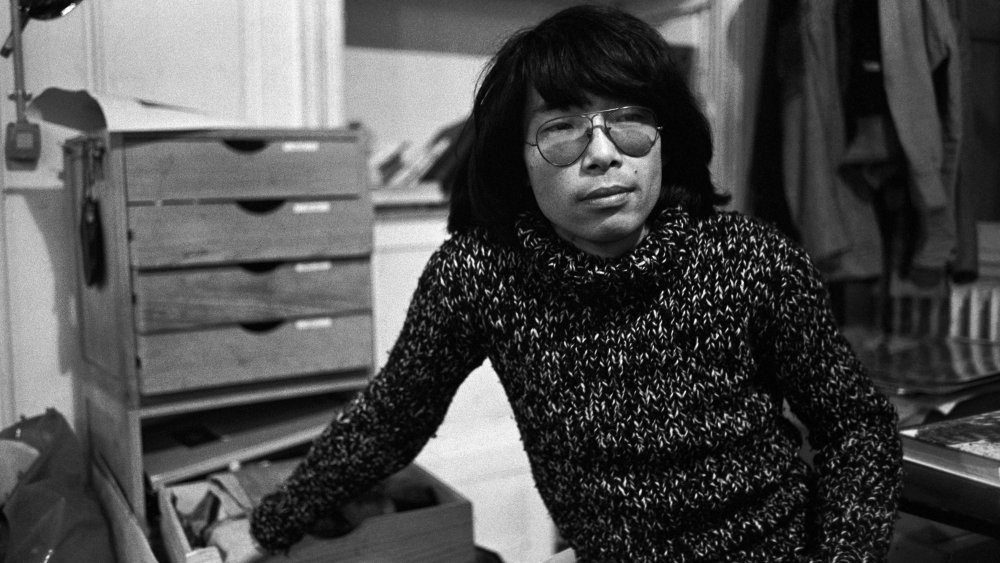 Designers, photographers, retail executives, beauty leaders and members of the media were among the numerous contributors to the industry who died in 2020.

Fashion designer Kenzo Takada succumbed to COVID-19 and the world mourned. To get his start in 1964, the Japanese designer traveled by ship to Paris from Tokyo using money he had squirreled away as a painter. Instantly identifiable by his first name, Kenzo created vibrant multicultural styles. “What I am most proud of is I opened the roads for much younger people from around the world, who probably think they can be a hit in fashion in Paris or London. They can come to try that.”

Another barrier-breaking designer, four-time Coty winner William Kaiserman, was remembered for his pioneering Seventies spirit. The designer held fashion shows on Pier 55 and in Studio 54, when the yet-to-be-opened nightclub was just a raw construction spot. Shoe designer Sergio Rossi, the creator of one of Italy’s luxury shoe brands, died in April from the coronavirus. Shelli Segal, the Los Angeles contemporary sportswear designer, who fueled such labels as Laundry by Shelli Segal and Bailey 44, passed away in February.

After Zappos’ founder Tony Hsieh died last month due to injuries from smoke inhalation from a fire, tributes poured out from around the globe. Hsieh, who sold Zappos to Amazon for $1.2 billion, had exited the company in August. Police and fire officials in New London, Conn., continue to investigate the fire.

Another fashion influencer who died under unusual circumstances was leading photographer Peter Beard. A few weeks after the 82-year-old, who suffered from dementia, was reported missing from his Montauk, N.Y., home, local officials confirmed that his remains had been recovered from a search of Camp Hero Park, following a lead from a local hunter. Through the decades Beard took photographs, published books, kept artistic journals and championed environmentalism.

Other lensmen, like the Italian-born Bob Krieger, who contributed to the rise of the Made in Italy culture around the globe, and Victor Skrebneski, whose dramatic black and white celebrity and advertising photography was his calling card, were also remembered. The fashion world also bid adieu to Italy’s Beppe Modenese, whom WWD’s John B. Fairchild once dubbed “the Prime Minister of Fashion.” Modenese was instrumental in shaping and developing Italy’s fashion industry.

Another stalwart in international design, Sir Terence Conran, was remembered by millions following his death in September. A trailblazer in design, retail and lifestyle, Conran believed in the power of design to make people’s lives better. And he wasn’t fearful of the inevitable, telling WWD in 2007, “I’m quite eager to see what dying is like — the final exit…it makes you think of so many things that you want to achieve. I’m not in any way in a despondent state. I want to cram in as much as I can before the inevitable happens.”

After the passing of Gore-Tex inventor Robert W. Gore, many learned that the waterproof, windproof jackets that they wear in inclement weather was coated in a material discovered by Gore in his basement in 1969. While researching a process for stretching extruded PTFE into pipe thread tape, he discovered that the polymer could be expanded. His tinkering helped to kickstart his family’s company Gore & Associates.

Former Neiman Marcus Group chairman Richard Smith and Longchamp’s Philippe Cassegrain, the creator of its famous Le Pilage bag, were remembered for their decades of dedication in the industry. Jewelry designer Roberto Faraone Mennella was heralded for his jewelry design.

Dawn Mello was celebrated for her keen eye, nurturing personality and regally understated aesthetic that was exercised at Bergdorf Goodman and through various other retailers before she left to bring her taste to Giorgio Armani and Gucci, where she wisely recruited Tom Ford. And leading real estate developer and former board member of Hudson’s Bay Co. Robert Baker, whose son Richard carries on the family tradition in retail, was also lauded for his commitments and philanthropy. Another retail sage, Arnold Aronson of Kurt Salmon & Associates, was praised for his knowledge.

After hearing of the death of Hollywood director Joel Schumacher, many recalled his years of working as a fashion designer and a visual display director at Henri Bendel. James Redford, the writer-producer-documentary filmmaker son of Oscar-winning actor Robert Redford, was saluted for his environmentalism. Glittery personalities of another type — socialites Anne Bass and Nina Griscom — were also honored posthumously for not only their style and philanthropy, but for their multihyphenated lives and fashion ties.

The beauty sector said good-bye to some leading talent including Benefit Cosmetics cofounder Jane Ford, who helped to change the industry with her forward-thinking, rule-breaking brand. L’Oreal mourned the loss of former executive Joseph Campbell and many paid tribute to perfumer Pierre Wargnye. Anna Sui’s right hand man Thomas Miller was remembered for his enterprising ingenuity and cultural references, and KCD’s Ed Filipowski was honored by the many clients, designers and editors he connected with through the years.

Other now-deceased visionaries included Hermès window designer Leila Menchari, who elevated the medium to an artform by working with a range of artisans from 1978 to 2013. Former Mademoiselle magazine editor Edith Raymond Locke, a champion of women’s rights, undiscovered talents like Andy Warhol and enlisting everyday women as models, was another notable loss at the age of 99. “Clothes look much better modeled on real people,” she told WWD in 1965.

Young talent was also lost this year, including Keith Hufnagel, the skateboarder behind the Huf skater brand, and the 17-year-old beauty influencer Ethan Peters, who was better known as “Ethan Is Supreme.” The death of Ford model Maxima Cortina, who worked for Jason Wu and Marni, among others, at the age of 25 generated an outpouring on social media. The passing of another more established model, Todd Irvin, caused some to remember his first career as a model, and others to recall the 25 years of work that he did as a therapist.

Thousands of attendees of New York Fashion Week mourned the loss of one of its most familiar faces. Citadel Security Agency’s guard Thomas Carney, a ubiquitous presence for more than 20 years, was always front-and-center to wave on ticket holders and weed out the crashes. Remembered for his devotion to his family and as a very proud defender of New York City, Carney died in March from the coronavirus.