A photographer, textile designer and art collection, she passed away at 91 in her house in Turin on Saturday. 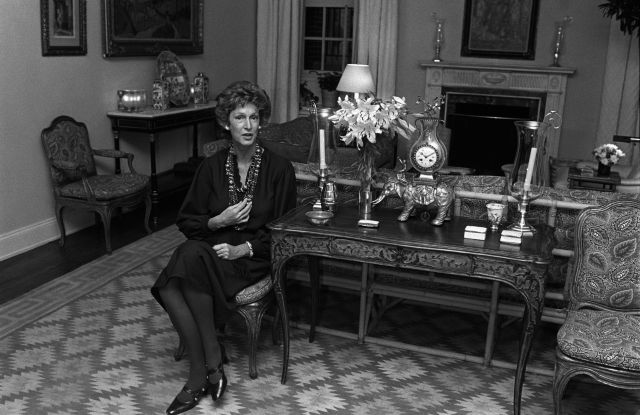 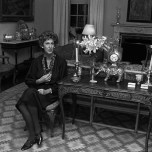 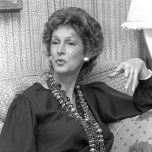 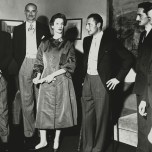 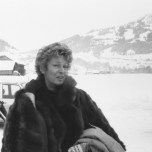 MILAN — “Agnelli’s [style] is less pristine and remote than Babe Paley’s; less self-conscious and lacquered than that of the splendidly professional Jacqueline de Ribes, and less cool and self-absorbed than Gloria Guinness. Agnelli is a strangely uncontrived, though utterly elegant member of the pack,” wrote WWD on Nov. 30, 1976, to describe Marella Agnelli Caracciolo, who died at 91 on Saturday at home in Turin, where a funeral service will be privately held on Monday.

“Another great loss, another friend leaving us…Marella, a symbol of style but also a woman strong and generous,” said Valentino Garavani.

The “Last Swan,” as Truman Capote defined her after having admired her impeccable and sophisticated look at his 1966’s legendary Black and White ball, passed away after a long illness in her house in Turin, just a week after the parting of Lee Radziwill, the younger sister of Jackie Kennedy Onassis, who was actually one of Agnelli Caracciolo’s best friends. Vintage tabloids’ archives are filled with black and white images of the two women strolling around the tiny streets of Capri and Positano in their effortless chic looks, which granted them the fame of fashion icons.

Born in Florence to an aristocratic Neapolitan family, Agnelli was the daughter of writer Filippo Caracciolo Prince of Castagneto and Margaret Clarke, who was originally from New Orleans.

With her long, elegant neck, the lean figure and the impeccable, sophisticated bearing, Agnelli Caracciolo reached public fame in 1953, when she married Fiat’s Gianni Agnelli, a style icon himself, becoming the “Royals of the Italian Republic,” as the Agnelli Family is commonly named in their native country.

“She was a woman of rare charm and absolute discretion and I have always admired the lightness of her movements and the depth of her gaze. Her elegance was exemplary, so classic and so modern at the same time,” said Giorgio Armani, putting the focus on Agnelli Caracciolo’s capacity to protect her personal private sphere despite the huge amount of buzz which has always surrounded the Agnelli family.

“It was an interesting evening, my sister and I were invited to Villar Perosa for a charity that was done in a way so you would select your place when you’re coming and you chose from like a ball where your seat was. Five seconds later my sister arrives, as if we’d studied on purpose and sat next to me. The luck that we sat next to each other,” said Armani, revealing one of his memories of Agnelli Caracciolo. “At a certain point of the night we were waiting but all the waiters were not coming and so there was no food and no drinks and so she said ‘Armani let’s move this party on!’ She was incredible, very kind, very subtle, very rare, there are very few women like that.”

From her marriage to Gianni Agnelli, who died in 2003 — they tied the knot in 1953 and she wore a beautiful Cristóbal Balenciaga white dress — Agnelli Caracciolo had two children, Margherita and Edoardo.

“When I married Egon [von Fürstenberg] in 1969, Gianni and Marella became my uncle and aunt. They were the most glamorous couple you had ever seen and I was very intimidated. Marella was not only the most elegant woman around, she was also very modern and extremely well read. She started her independent life as a photographer and all her life surrounded herself with intellectuals and brilliant people. Her brother created La Republica, Italy’s avant-garde newspaper of the Seventies. Marella’s love and admiration for her husband was a thing to witness,” said Diane von Furstenberg. “Later in life, I watched Marella as the dedicated loving grandmother of John, Ginevra and Lapo Elkann, who are not only cousins of my children but were also my stepchildren of my relationship with their father Alain. Italy and the world have lost a very special grande dame…and a beautiful lady with the longest neck ever as captured by Richard Avedon.”

Despite her image has been constantly associated with the international jet-set, Agnelli Caracciolo, who graduated from the Académie des Beaux-Arts and then the Académie Julian in Paris, also had a prolific career as photographer working for Condé Nast — she cut her teeth in New York working with Erwin Blumenfeld — and then as textile designer. In 1973, she started designing fabrics for Swiss firm Abraham Zumsteg, followed by collaborations with Ratti in Como, Steiner in Paris, as well as Martex and Marshall Field’s in the U.S.

“Marella Agnelli collaborated for years with Ratti. The Marella collection of upholstery fabrics, we launched with her in the Nineties, was a great success,” said Doni Ratti, president of Como, Italy-based textile firm Ratti. “When we were starting working on a collection, Donna Marella was staying at Villa Celesia for one day. She was used to exploring the archives with special attention to French and English drawings from the 1700s and she was bringing with her samples of antique fabrics. When finally the inspiration was coming, a smile like a beam of light crossed her sight and from that moment we were able to to design and draw. For her decorating interiors was just natural and instinctive.”

Armed with impeccable taste and instinctive intuition, she was able to recognize talent in young creative minds and help launching their career. Among them, there is Peter Marino, who designed her apartment in New York.

“[De la Renta] has a great knack for houses,” said Agnelli to WWD in 1976. “Women don’t pay so much attention to how they dress today. There is much more attention on the house. And why is this? I’ll tell you. Life has become so difficult. The home is a refuge.”

Agnelli Caracciolo showed her signature personal taste in the sophisticated interiors and the lush gardens of her houses, including the convent-turned-villa in Alzipratu, Corse; the Villar Perosa and Villa Frescot residences on the hills surrounding Turin, as well as her luxury winter refugee in Sankt Moritz.

And her love for gardens, reflected in a series of photo books she published since the Eighties’, including 1987’s bestseller “Italian Gardens.”

“Certain people like to observe gardens, I like to live them. Gardens are alive, they grow and evolve, they are an extraordinary experience,” she wrote in her “The Last Swan” autobiography released in 2014.

Agnelli Caracciolo was also a fine art connoisseur. With her husband Gianni, she created an impressive art collection, which is now on show at the Pinacoteca Giovanni and Marella Agnelli, established in 2002 in a steel and glass construction by Renzo Piano on the top floor of the Lingotto complex, formerly housing a Fiat’s car manufacturing factory.

Over the years, Agnelli Caracciolo, who was honorary president of the Pinacoteca Giovanni and Marella Agnelli, also seated in the board of prestigious art institutions, including the International Council of the Museum of Modern Art in New York, along with having served as vice president of the council of Venice’s Palazzo Grassi.

Along with being remembered for her style and her culture, Agnelli Caracciolo will be also remembered for her witness reflecting in a rage of bon mots. For example, about beauty and elegance. “If you’re beautiful, then it’s very rare that you’re elegant,” she said. “To be elegant is a great effort, after all, a great chore. For a woman who is not beautiful, elegance is indispensable.”

She also demonstrated a sharp tongue, in particular describing Capote. “The difference between Proust and Capote is this,” she said. “Proust was in love with the things and the people of his lost time. Capote despises the people he talks about. Using, using all the time. He builds up his friends privately and knocks them down publicly.”