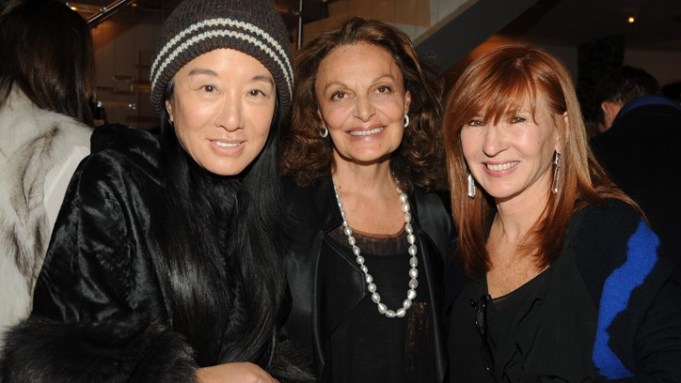 “When we had the incident at the White House, my first reaction was, ‘It would never have happened if we had Stephanie there,’” the Council of Fashion Designers of America president said on Tuesday, when she welcomed the fashion crowd to her studio to celebrate the new venue.

And Winston Wolkoff was quick to reiterate her commitment. “Never,” said the executive, who, until recently made sure that the Costume Institute benefit went off without a glitch. “Eleven years at Vogue and not one party crasher, and it won’t happen here either.”

Winston Wolkoff joined Lincoln Center as a liaison between the arts institution and the fashion community, which came out in force to celebrate the new site of Mercedes-Benz Fashion Week and its new ambassador.

As for the new venue, most designers seemed prepared to make the move to Lincoln Center. “Now I have a reason other than Barney Greengrass to go to the Upper West Side,” Michael Kors said.