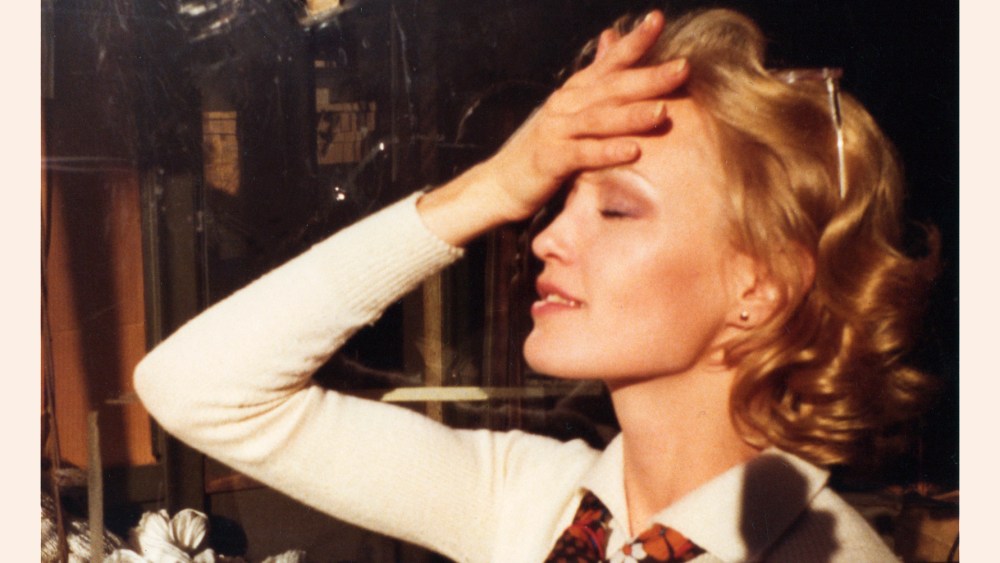 More than 30 years after his death, the many talents of Antonio Lopez are being reexamined.

As established as Lopez was as a fashion illustrator through his work in Vogue, Harper’s Bazaar, Elle and Interview, his photography has not been so widely recognized. The first exhibition to focus on his photography will make its debut Thursday night at the Danziger Gallery in Manhattan. Expected opening-night party guests like Pat Cleveland, Patti D’Arbanville and Grace Coddington will find Instamatic versions of their younger selves on the walls. There are also seldom-seen shots of Jerry Hall, Jessica Lange, Charles James, Grace Jones, Karl Lagerfeld and others on display in the Rivington Street space. This fall, James Crump’s documentary “Antonio Lopez 1970: Sex, Fashion and Disco” will premiere and a Lopez exhibition is being considered for Maison Chloé in Paris next year.

After seeing shots of a 17-year-old Jerry Hall standing beneath an Exxon sign and another of her striding beneath a McDonald’s sign, Danziger was intrigued by the Ed-Ruscha-meets-fashion-photography nature of Lopez’s photos. He tracked down Paul Caranicas, who oversees Lopez’s archives, through a mutual friend in Bellport who was part of Andy Warhol’s crowd. Once connected, Danziger reviewed at least 1,000 of Lopez’s Instamatic shots before deciding on the selection for the exhibition, which runs through April 28.

Danziger said each of Lopez’s primary models has a distinctive feeling, with Chow being “sort of ethereal,” Cleveland “all energy and sass” and Hall “this kind of all-American lanky Texan.” Images of a girlish sunburned Coddington are also featured. While Warhol’s Polaroids were done as references to commissioned portraits shot against classical white backgrounds, Lopez’s “very energetic” Instamatics were shot in different locations, like Michael Chow’s tiled bathroom. “They’re not snapshots. They are pictures that one could define as fine art photographs even though they’re four-and-a-half by three-and-a-quarter inches. Gallery goers who know Lopez as an illustrator will find that “a visually creative person can practice many mediums. It’s really about the idea comes first before the execution,” said Danziger.

Caranicas, who oversees the archives for Lopez’s creative collaborator Juan Romas, said the two artists met as students at Fashion Institute of Technology when Women’s Wear Daily’s legendary John Fairchild hired them. Within a year, though, the duo was poached by The New York Times. “And John was not happy about it,” Caranicas recalled.

Caranicas met the two men in 1971 through his boyfriend at the time, who worked at Club Sept in Paris. A year later, Lopez and Ramos were no longer romantically involved and Caranicas and Ramos became a couple, a union that lasted until Ramos’ death in 1995. “We all lived together in Paris and then in New York on 18th Street. After a while Antonio got his own place on 23rd Street and Juan and I kept the studio,” Caranicas said.

The trio got to know Jessica Lange in Paris when she was there studying mime in the Seventies. By Caranicas’ recollection, Lopez spotted her on the street and asked her if she would like to model for him. Lopez met Jerry Hall at Club Sept, but he knew Cleveland from the Sixties when he worked for Vogue. “The interesting thing about Antonio was that he was a serial photographer. Each individual picture that you will see [at Danziger] is really part of a series, and some of the pictures are in series,” Caranicas said. “And isolated, each is just a very good photograph on its own. He had instinctive compositional intuition. Antonio hadn’t taken any photography courses. But because he drew all the time he just knew instinctively how to take a good picture.”

A spate of fashion photographers borrowed from Lopez’s “Blue Water Series,” where he posed models in bathtubs, Caranicas said. Having advised and been interviewed in James Crump’s upcoming documentary about Lopez, he said, “What will surprise people the most is how free those times were compared to now — how much possibility there was in the art world and the fashion world, and how small those two worlds were to today.”

With talks under way to unveil an Antonio Lopez and Juan Ramos exhibition at Maison Chloé next year, there may be areas dedicated to collaborations with Anna Piaggi and Pat Cleveland. Danziger said the documentary “brings to life the creative force that was Antonio. When he drew, it was almost like a performance. He was just carried away by the drawing, he drew very quickly, he always had live models in front of him. One element of the film is the great energy, creativity and life force of the person. The other is the period — the Studio 54, Max’s Kansas City — Seventies scene and the people who were part of that — many of whom are in the photographs that we are showing.”