London may have gone after the Nineties, but runway soundtracks in Milan either quoted, referenced, remixed or covered songs from the Eighties. 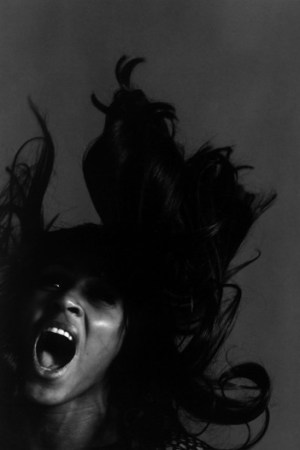 London may have gone after the Nineties, but runway soundtracks in Milan either quoted, referenced, remixed or covered songs from the Eighties.

This translated into some rather suggestive lyrics at Gucci and Versace, a Tina Turner medley at Giorgio Armani and tracks from Eighties icon Grace Jones at Blumarine.

But not every designer was feeling nostalgic. Tunes from artists including Duffy, Adele and M.I.A. boomed across the speakers at Luisa Beccaria and Etro. Dolce & Gabbana went for U2’s latest single, “Get on Your Boots,” which is as good a title as any for a song being played at a fashion show. Here, audio highlights from the Milan shows.

“What’s Love Got To Do With It,” “We Don’t Need Another Hero,” “Simply the Best,” by Tina Turner (Giorgio Armani)

“Cheap and Cheerful (Fake Blood Remix),” by The Kills (D&G)

“Convolution,” by In Flagranti (Versace)