Jones captured them all on camera — Boris Johnson, David Cameron and Hugh Grant — when they were unknown students cutting loose at Oxford University, in black tie, white tie — or leopard print.

LONDON — In a year that’s been all about beginnings and endings, old normals and new ones, British photographer Dafydd Jones decided to look at another moment of change, one that he hadn’t, until recently, thought too much about but which had helped to define his career: the Eighties at Oxford University.

During the late Seventies, Jones had begun photographing students at Oxford — mostly at play — during black- or white-tie balls that lasted through the night; post-regatta boat burnings; theater productions, and Fellini-ish dancing-in-the-fountains-type revelry that would have seemed utterly exotic — and alien — to American college students and most likely anyone not reading Tatler at the time.

It was the decade of Margaret Thatcher, privatization, and the financial deregulation of the Big Bang, when London morphed seemingly overnight into a hard-charging, high-spending financial capital, and when British culture was popular — yet again. The hippies and punks had given way to the New Romantics, and there was great nostalgia for the old and eccentric upper classes, and for the Empire. 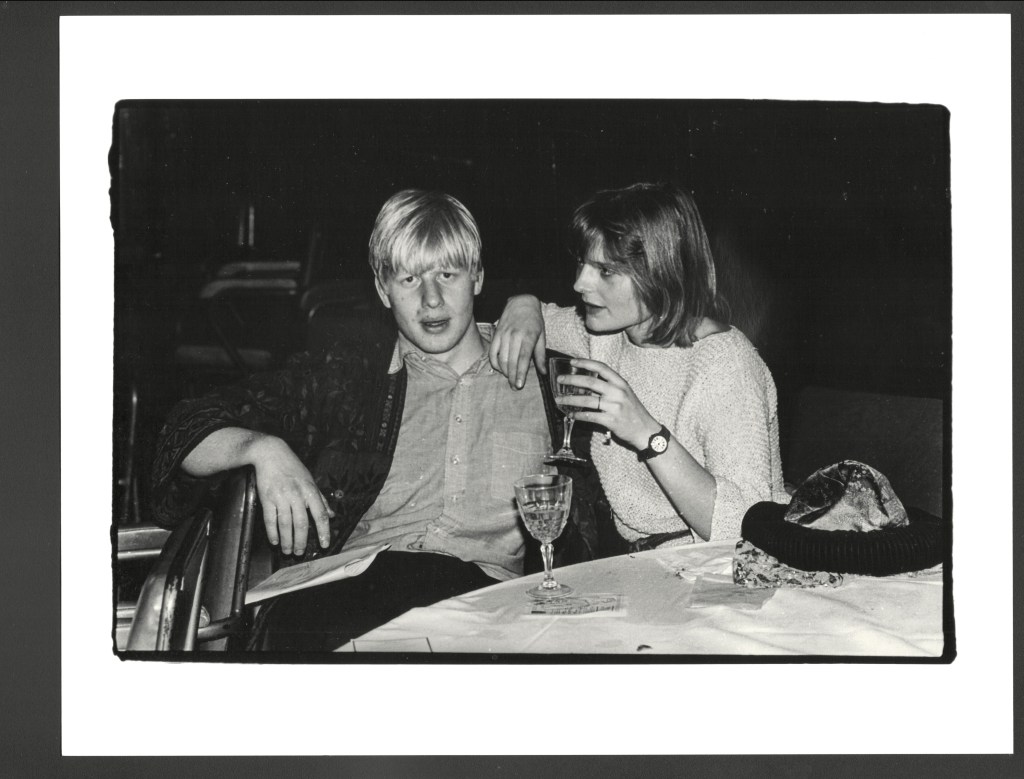 “Chariots of Fire,” “Another Country” and the Merchant-Ivory costume dramas like “A Room With a View” ruled the big screen. Helena Bonham Carter was the decade’s leading lady, while “Brideshead Revisited” and Lord Sebastian Flyte, still clutching his teddy bear Aloysius at Oxford, proved irresistible to many.

Richard Ovenden, who is in charge of the Bodleian Libraries at Oxford, and who purchased a set of Jones’ images for the archives, notes in the foreword to the book that, during the Eighties, the campus was “contagiously infected with the ‘Brideshead Revisited’ fever that swept certain segments of British society” after the adaptation of Evelyn Waugh’s book was screened on TV.

He wrote that Jones’ pictures capture the swagger of the students, “and the melancholy that Waugh’s novel also conjured up. Amid the joy is sadness, loneliness, fear and regret.”

Indeed, Jones himself, who had been shooting at Oxford since the late Seventies, said the years encapsulated in his book “felt like the end of something” and that students such as Cameron and Johnson “were trying to revive something that no longer existed. It was always like that. It was a small group of people who wanted to have a sort of fantasy,” Jones says in an interview.

Jones, who was born in Wales, didn’t go to Oxford but spent his youth there. He attended a state-run high school in town, and worked in the Bodleian Library and as a cleaner on the campus before attending Winchester School of Art. He would later set up a photo studio near one of the Oxford residential colleges, and would shoot for the student magazine and for Oxford University Press.

Having spent so many years observing and interacting with the Oxford students, Jones says that by the time the Eighties rolled around, “I’d already noticed that the students were no longer dressing like long-haired tramps. Suddenly formal dress and black tie were becoming de rigueur. With hindsight, it was after the election of Margaret Thatcher, and the rich were benefiting from generous tax cuts and had started to feel confident again. There was a resurgence of dining clubs and dressing up for parties.”

Having entered — but not won — a photo contest run by The Sunday Times of London, Jones was spotted by Tina Brown, an Oxford alumna herself, who had transformed Tatler into a hot society magazine in those years, and he began shooting parties for her.

While Jones never set out to be a society photographer, he was interested in capturing the “Bright Young Things” of the era, a reference to another of Waugh’s novels, “Vile Bodies.”

“I wanted to say something about the university world, and to photograph what really happened behind closed doors. I’d caught glimpses of that world as a ‘townie’ and felt very comfortable mixing with the different groups. The amazing thing about Oxford is that there were all sorts of ages, some people doing Ph.Ds and master’s degrees and some very old people mixing with the students’ groups,” he says. 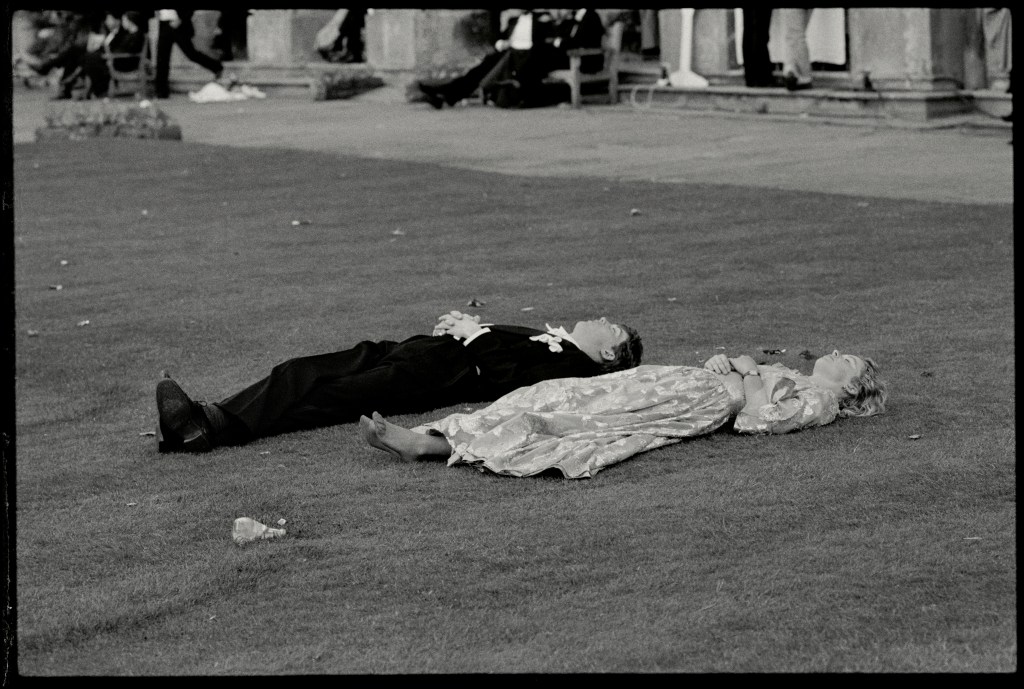 “Everyone was chatting, people talked to each other a lot and most people talked to me and were perfectly friendly on the whole. I had to be a kind of detective following leads to a cool party and talk my way in without the help of a p.r. And one thing I’ve learned from doing these pictures is that you don’t necessarily need to be inside. Do you remember Bill Cunningham? He always used to be outside.”

Nearly all of the students whom Jones shot were unknowns at the time, only to make their names in the next decades. He knew who Lawson was because her father, Nigel Lawson, was Thatcher’s chancellor of the Exchequer, or chief finance minister, for most of that decade.

“You couldn’t really miss her: She was very beautiful — and striking. I just took the picture because it looked good and she looked wonderful,” says Jones, referring to his shot of Lawson playing croquet from a litter at the Dangerous Sports Club tea party in 1981. “There’s another one in the book where she actually looks very sad.”

Jones was immediately drawn to Grant because “he looked great. I was sort of an early fan,” says the photographer, who captured the soon-to-be famous actor looking like Tarzan and chatting with Lulu Guinness, who was wearing a feather headdress at an Oxford Society Ball in London.

At one point, Jones photographed Johnson because Britain’s current prime minster — ever the self-publicist — had invited him to a party he was throwing.

“He didn’t have the sort of Churchillian manner he has now,” Jones recalls of Johnson. “I remember him as being charming and quite polite. Actually, those party pictures never got used. I just didn’t think it was a cool party, and there was something else happening in Oxford that day.”

In the book, Jones has included another shot of Johnson, with the woman who would become his first wife, Allegra Mostyn-Owen. “That was at The Emperor’s Ball at Oxford Town Hall, and I guess I took that picture because they looked very comfortable with each other. It was sort of a nice moment,” he says.

There is much wild-eyed partying in the pages — morning-after-the-night-before shots of young men and women in fountains, or asleep, fully dressed, on the college quad in the morning, sliding down the roof of a party tent, hanging out of windows or jumping off bridges into the canal.

“One of my favorites is the burning boat,” says Jones, referring to his shot of a ritual wherein the college that won the summer rowing competition would set fire to a boat in celebration. After a long, alcohol-fueled dinner, students would run arm-in-arm and jump over the flames.

“Apart from the tribal drama of the scene, I like this picture for its abstract qualities. It even looks good upside down — which I think is a good test,” Jones says.

The photographer plans to continue mining his Eighties archives, and put together boxes of curated prints, which he can exhibit and sell to collectors. Asked whether he’d do a Cambridge box, Jones isn’t so sure.

“I didn’t live in Cambridge, but I do have some pictures I like. Oxford’s crowd at the time was more metropolitan, more sophisticated, probably more likely to be taking drugs, and having a wilder time than the Cambridge groups, who were more old-fashioned. And in Oxford, there seemed to be more parties happening generally.”

At one point, after taking the Oxford photos, Jones says he went to Princeton looking to capture a similar vibe, but couldn’t quite find it. He says it lacked “visual interest,” and the crowd didn’t make the sort of effort with their appearances like the Oxford students did.

Jones says he’s also mulling putting together a book of country house party pictures that he took for Tatler, also in the Eighties. During those years, Tatler was the bible for England’s upper crust and Jones would be invited to photograph, often as the only photographer, the nation’s lords, ladies and otherwise posh set at play, from summer cocktails to wilder costume parties — as well as the 16th, 18th and 21st birthdays of their children and, eventually, their children’s children.

He also has a collection of images he’s dubbed “the Vanity Fair years,” when he was working for the title when Brown headed it.

The possibilities, it seems, are endless: “In a couple of years, I will have gone through all my pictures from the Eighties,” Jones says, “and then I still have the Nineties.” 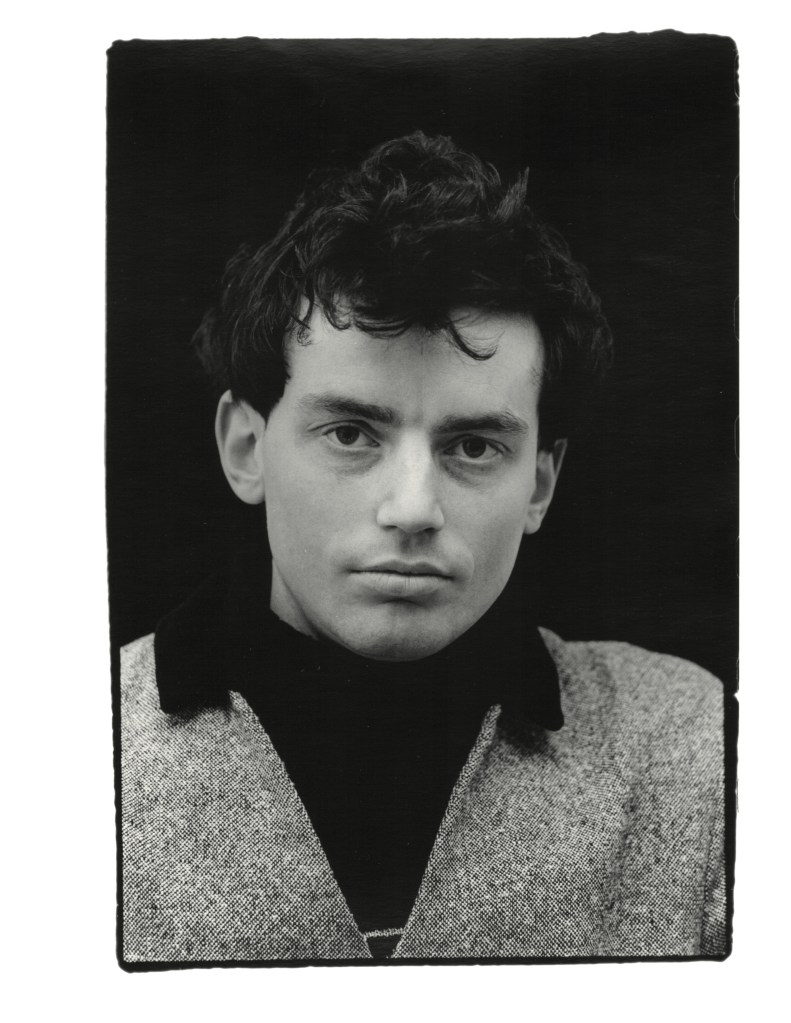