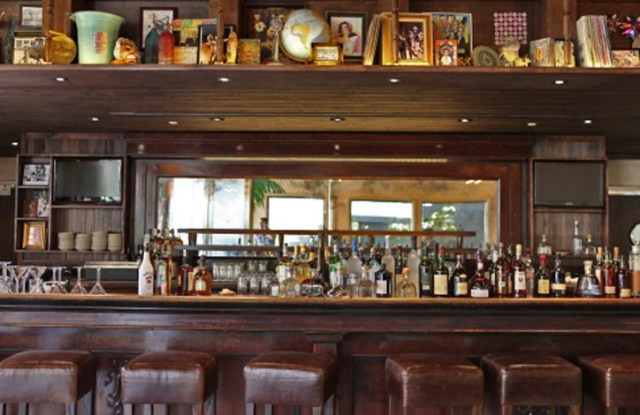 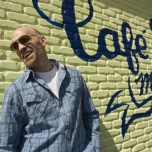 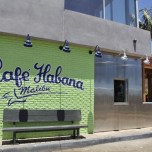 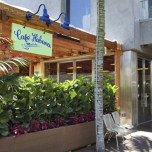 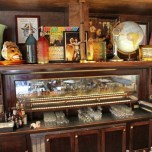 Malibu, Calif., may be famous for its beaches, but the restaurant scene leaves much to be desired. All the more reason to celebrate the new Café Habana Malibu opening this summer. New Yorker Sean Meenan has taken his environmentally conscious Latin concept — proven successful at his original Café Habana in New York’s NoLIta and Habana Outpost in Brooklyn — to the Malibu Lumber Yard, where it’s nestled between James Perse, J. Crew, Intermix and Maxfield. Inside, the blue-and-white Dominican tile floors and amber tube lights play up the antique bar Meenan hauled here from Deadwood, S.D. On the bougainvillea-lined patio, there’s a dark wood canopy, blue banquettes, red benches from Coney Island and a Shepard Fairey mural. “I want this to feel like your Uncle Hector’s backyard,” says Meenan, adding: “I’m not a guy who takes myself too seriously.”

The laid-back waitstaff, dressed in eco-friendly Rogue Territory and J Brand jeans, Gourmet sneakers and Alternative Apparel T-shirts, serves up Cuban sandwiches, Baja-style fish tacos, seviche and grilled corn on the cob, while bartenders macerate fresh fruit for an array of margaritas, mojitos and micheladas. “For some people, this would be slumming it; for others, it would be a night on the town,” Meenan says. “I want the surfer dude to feel just as comfortable as the guy who went to Maxfield and spent a ton of money on clothes.”