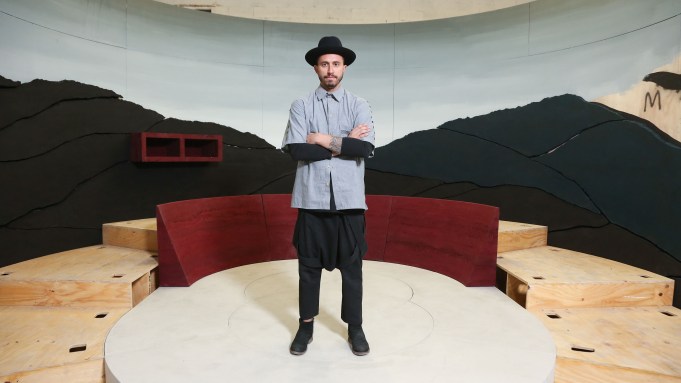 Like many Brooklyn dwellers and creatives, rising rents have pushed Fernando Mastrangelo’s studio farther east into the borough: from Greenpoint to Bushwick, and now, out to East New York, where he has landed a light-filled 10,000-square-foot work space. With plans to buy the building this year, which would almost double the size of his studio, he’s looking to cement himself in the area.

“I feel like we’re literally the first [artist studio in East New York], which I love,” says Mastrangelo. “It’s pioneering the area. Traditionally, this was an extremely violent area — this is the worst precinct in New York in general. But like everything in New York — Bushwick was like that years ago — that’s how you get the space.”

Although time will tell if his studio is the harbinger of the area’s gentrification, his studio has made it clear that the neighbors are welcome.

“People who are curious and want to come in and see, I’ve been like ‘come in and look.’ We threw a big party here last summer and we invited the neighborhood. People came, the police came, tenants. I wanted to be sure that we’re not just coming in, gentrifying. Listen, we respect the neighborhood,” he adds.

And the police didn’t come to break up the party; they came because they’re located across the street from the studio. “The cops and detectives, they know a lot of the staff. It’s been cool. I think we’ll make this our home for a while.”

Mastrangelo will showcase a booth installation of his interior design work at the Collective Design Fair, running Friday through March 11 in New York. Inside his studio the week before the fair, his team was putting the final touches on the booth, which was inspired by Henri Rousseau’s paintings. The “sunken living room” delivers a surrealistic vibe, with the brick reds of Rousseau’s paintings translated into a setting sun wall mirror, a curved couch, and shelf protruding through the wall. It’s all set against a tile backdrop which resembles a flattened mountain backdrop, with a hole on one side acting as a portal to a rendering of Rousseau’s “The Dream” jungle painting.

The catch about the space, and much of the artist’s designs, is that almost everything is made of sand, a material Mastrangelo manipulates in a variety of textures and shapes: as wall tiles, flooring, shelves, benches, stools.

“Not beach sand, but a type of very fine sand,” he says. “This is why I love it: it’s related to the earth in a lot of ways. I think sand expresses landscape really well. It maintains total functionality. I wanted to make sure people don’t think, ‘oh, that’s a cool installation,’ but they could still think of a real world application for it.”

Sand, however, isn’t for everyone. “I’m calling it experimental interiors because I’m not going to get a basic client who’s like, ‘Oh, I want to do my house,'” he says, adding that private clients make up about 80 percent of his business. In addition, he’s designed interior elements for several fashion retail spaces, including Stella McCartney, Dior, Rebecca Taylor and Thakoon.

While many artists maintain a separation of church and state between creativity and financial viability, Mastrangelo forgoes that thinking, approaching the business using a lean startup mentality. The studio currently employs nine people, who own equity in the company.

“I don’t think being an artist should separate you from trying to escalate your business practice,” he says. “You can be a genius and make really interesting things, but if you don’t know how to put it out in the world properly, and make the adjustments, you may just never get recognized or the work might not get seen in the right light.”

His studio tests the reception of new concepts through social media. “We have this thing called MVPs here — minimal viable products. I’ll make something really fast and be like, ‘Let’s put it on Instagram and see what the reaction is’ and gauge based on data in a lot of ways. So we use a lot of the benefits of the digital world, being able to implement it into a studio,” he explains. “We still gotta make money, you still have to sell things.”

The flip-side of the digital culture is the distance it can create from natural-world experiences, and as people become more glued to their screens, the desire for real, organic objects has become heightened. Mastrangelo’s inspiration comes from travel and trying to capture the essence of the fleeting experience of a place, whether that’s capturing the glaciers of Patagonia, as he does in a sand-mirror series, or a sunset in places such as New Mexico, Vancouver and the Grand Canyon.

“Everything’s about how we can get out of our minds in the city. If you’re at home and you have something like this, it reminds you of not being in the city. A lot of it has to do with escapism in a weird way,” he says. “To have an experience through an interior or through an object, I think it’s powerful.”

Escapism as power — be it Patagonia or, as it were, East New York. 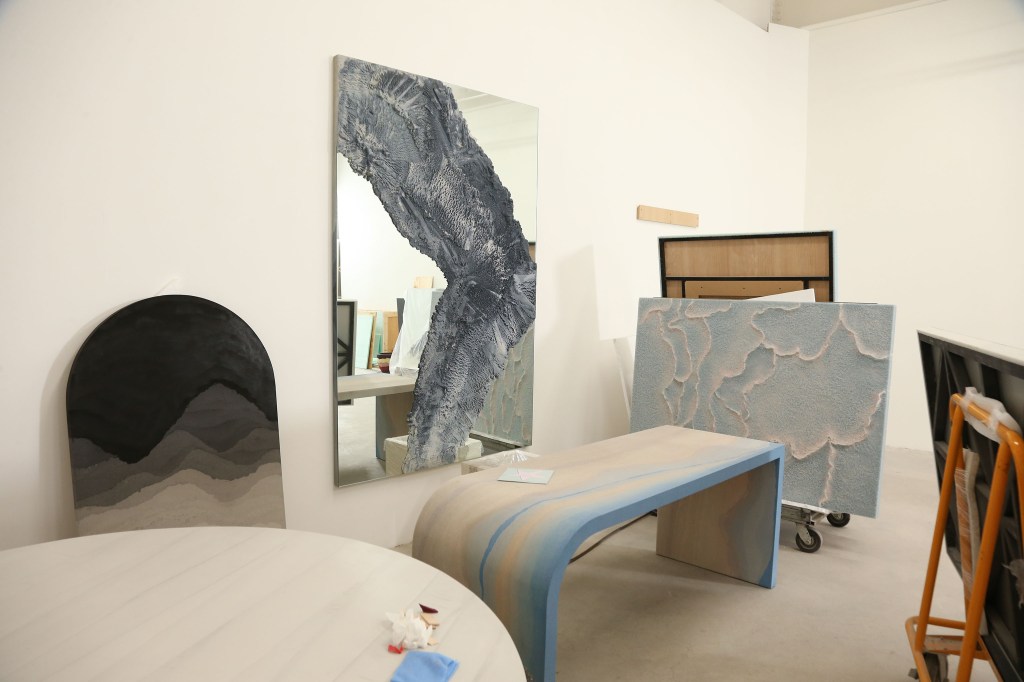