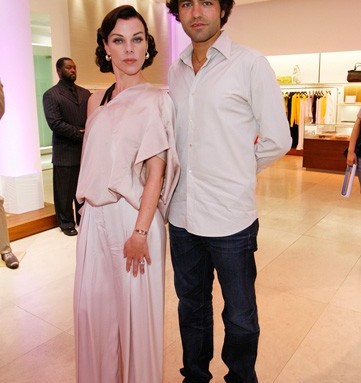 Debi Mazar hit up her Rolodex of famous friends for a party held at Ferragamo’s Beverly Hills boutique Tuesday night to raise funds for victims of the earthquake in L’Aquila, Italy earlier this year.

“I live in LA, and I hate earthquakes,” said the actress, who is an Italian citizen. “When I saw the victims on the news, my heart went out to them.” And so she formed a charity to benefit those affected and asked Ferragamo to donate handbags, which Mazar then had pals like Madonna autograph.

Tonight, Ferragamo will host another event in New York, this one to herald men’s creative director Massimiliano Giornetti. Chiara Clemente, Marina Rust, Lake Bell and Lucy Sykes are expected to attend the dinner at the brand’s Fifth Avenue flagship.