Alberta Ferretti headed straight from the Costume Institute in New York to L.A., where she was honored at the C.H.I.P.S. spring luncheon. 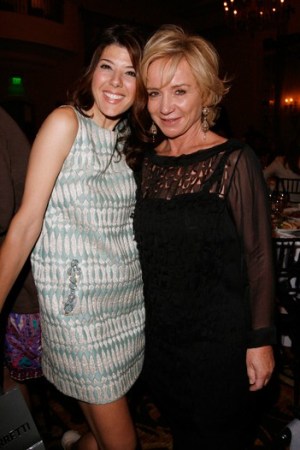 Alberta Ferretti was a jet setter this week — heading straight from the Costume Institute Gala in New York on Monday to Los Angeles, where she was honored Wednesday at the annual C.H.I.P.S. spring luncheon at the Montage Beverly Hills.

“I wouldn’t miss this, because it’s a great honor,” said the designer. “It’s wonderful to see both actresses and real women in my clothes.”

“I used to model for Alberta when I was 18, and now I’m showing her pictures of my daughter,” said Harmon.