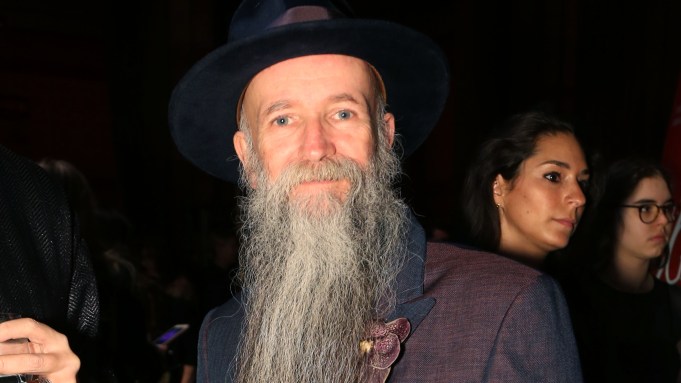 NEW YORK — Nominees at Fashion Group International’s Rising Stars awards Thursday only had to look to Jason Wu, John Varvatos and Isabel and Rubin Toledo for a little extra fortitude.

While the emerging talent in the room may have been tempted to applaud their own efforts, those more established designers were reminders of how the quest for the undiscovered or unexpected never really ends. Wu rushed in from his studio’s pre-fashion week crunch and Varvatos faced a tighter deadline — this weekend’s upcoming show in advance of Sunday’s Grammys.

The intrinsic links between music and fashion have never been so entwined or immediate, so Varvatos decided “to go rogue” and make the most of both. Varvatos touched upon that decision in his keynote address at Cipriani 42nd Street. The industry’s innovation and disruption also cropped up in nominees’ business models and other references at the podium.

Before the awards began and he presented Trove’s Mary Orton and Rich Scudellari with the Hilldun Business Innovation Award, Gary Wassner said, “There is more optimism among young brands today and more entrepreneurialism than I have seen in many years. People are taking chances on their own. They see more opportunity because we can speak directly to the consumer. We don’t need all the gatekeepers anymore so brands feel more in control.”

Newcomers to the field need to “focus. Pick a lane. You can’t be everything to everybody today.”

Highlighting the scope of change since starting his company in 2000, Varvatos noted e-commerce wasn’t a factor in fashion then and iPhones ushered in instantaneous communication in 2007. The designer walked guests through his boyhood in industrial Detroit. “I never thought about fashion as a kid growing up until I was in my teens. I wore something to school one day, and some girls told me how much they loved it. It made me think, ‘I need more of this.’ It was like a heroin addiction. Everyday I needed to wear something new,” he said.

Lighthearted as that recollection was, Varvatos’ thirst for the new was something other attendees related to. This year’s accessories winner, Dr. Marion Parke, is a surgically trained podiatrist who launched a signature footwear collection to alleviate shoppers’ aching feet. And fine jewelry winner Anna Karlin became the first Rising Star to win twice, having locked up the Home Furnishings/Product Innovation award a few years back.

Before presenting the Retail Rising Star award, Robert Burke echoed Varvatos’ acknowledgement of the industry’s enormous change, adding that “retail has seen even more change than he can ever imagine, but change is great opportunity.”

To that point, two unconventional companies shared this year’s Retail Rising Star award — Megan Berry, the architect-trained founder of the mobile, full-service boutique By Reveal, and Lisa Lori, the former public relations executive turned creator of The Perfect Provenance, which strives to bring the museum experience to a retail and culinary environment. Lori said, “What everyone here shares today is a passion for what they do. If we can bring that back to the client, meeting them one-on-one and having that connection, that is really our saving grace,” Lori said.

A men’s wear Rising Star nominee five years ago, Todd Snyder said even though he didn’t win, the honor “really gave him the platform to do what he does today. I’m really thankful for what FGI does for young talent. It really gives you the encouragement to keep going even though it’s not easy.”

This year’s winner, Krammer & Stoudt’s Mike Rubin, described moving to New York from Los Angeles five years ago. “I love New York. This just proves to me that coming to New York was the right thing to do,” he said.

While not an official category winner, FGI’s Margaret Hayes, was thanked for championing young talent by several speakers, including Wassner and Wu. Before awarding the women’s wear award to Asher Levine and Jeffrey Dodd, Wu also thanked Hayes for her efforts, adding that she was one of the first people who gave him the time of day.