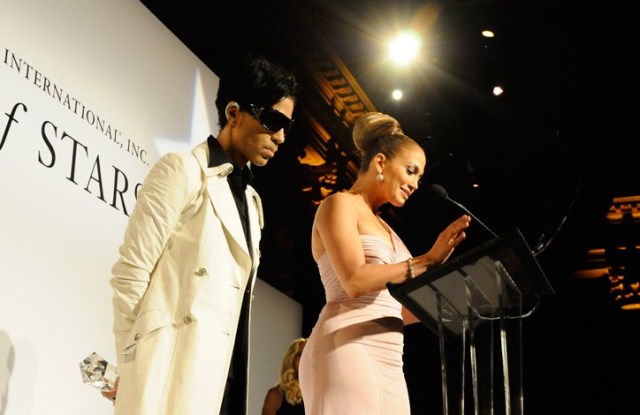 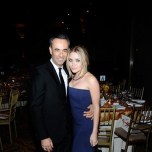 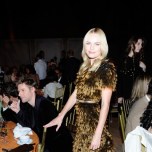 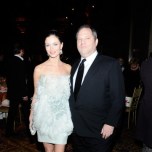 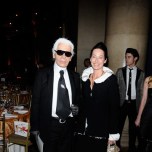 Fashion Group International’s 25th annual awards ceremony on Thursday night began as an odyssey with designers, retailers and editors forced to schlep downtown to Cipriani Wall Street and then, as the night — and some of the speeches — dragged on past many peoples’ bedtimes (or pretended ones), it turned into a marathon. (Notes to organizers: Please bring it back uptown next year, cut the number of awards — isn’t 13 an unlucky number? — and buy a hook to yank the spotlight hogs off the stage.)

All in all, though, the evening lived up to its billing as Night of Stars, with one of the heaviest designer-and-celeb quotients in years (maybe it was all those awards on offer).

This story first appeared in the October 27, 2008 issue of WWD. Subscribe Today.

Jennifer Lopez, Prince, Blake Lively and Ashley Olsen arrived wearing duds by their pals, including honorees Donatella Versace, Francisco Costa and Christopher Bailey. “I met [Donatella] shortly after her brother [Gianni] died and my heart went out to her. We’ve always had a sweet and loving friendship,” Lopez said and then walked over to double-kiss Karl Lagerfeld.

For a celebrity at an event studded with so many top designers, loyalties can be a tricky thing. But Kate Bosworth, who was dressed by Bailey, insisted that her other fashion mates weren’t the jealous types. “It’s too much work to have someone like that as a friend,” she said.

Other celebrities were taking notes for their own collections. Olsen, designer of The Row and Elizabeth & James, praised Costa’s integrity. “He stays true to himself and understands how to design for a woman,” she said.

But in the end, the starlets in attendance couldn’t steal the spotlight from Lagerfeld, who presented the Fashion Oracle Award to Harold Koda with an astute handwritten speech that took several digs at the current fashion system.

“I’m always told my speeches are too short, so this time I made an effort,” Lagerfeld began, his rapid-fire speech picking up in tempo to try to keep his remarks relatively short. But for those who listened closely, Professor Lagerfeld delivered a treatise on fashion and design today. “Fashion is a harmony between beauty and utility,” he said at one point. Later, Lagerfeld took a swipe at the whole celebrity-dressing phenomenon: “The red carpet distorts fashion by giving it a fake and too-glamorous face.”

When a speech is as powerful as Lagerfeld’s, length is irrelevant. But, in other cases, when the sentiment is meaningless, brief is better. Prince declined to say anything onstage during his and Lopez’s presentation of the Superstar Award to Versace. She, too, was short and sweet. “I’m proud to receive this award in America — particularly since three Italian women tonight, all blondes, are receiving awards,” Versace said, referring to fellow honorees (and sisters) Carla and Franca Sozzani.

Others didn’t listen to emcee Simon Doonan, who reminded guests that “brevity is the soul of wit. I think Jackie Collins said that, or Shakespeare.”

Take Philippe Starck, who waxed on for aeons about his friendship with honoree Christian Louboutin and then even dissed the design of the trophy he, too, received. “It’s astonishing how all the awards are always so ’orrible,’” said the man who designs toilet brushes and was perhaps more deserving of the “Cheval Cul” Award.

Then there were those who took their opportunity onstage to comment on the election — though in the overwhelmingly Democratic crowd, it was a little like preaching to the choir. “I have three words for you,” began honoree Bobbi Brown. Then, in her own Joe Biden moment, she added, “Get out and vote [cough] Barack.”