By Martino Carrera and Alessandra Turra and Sandra Salibian on February 24, 2021

With fashion brands looking for new formats to present their fall 2021 collections, rising star filmmakers are leaving their marks on Milan Fashion Week. Here are the directors who created short movies for Emporio Armani, MSGM and GCDS. 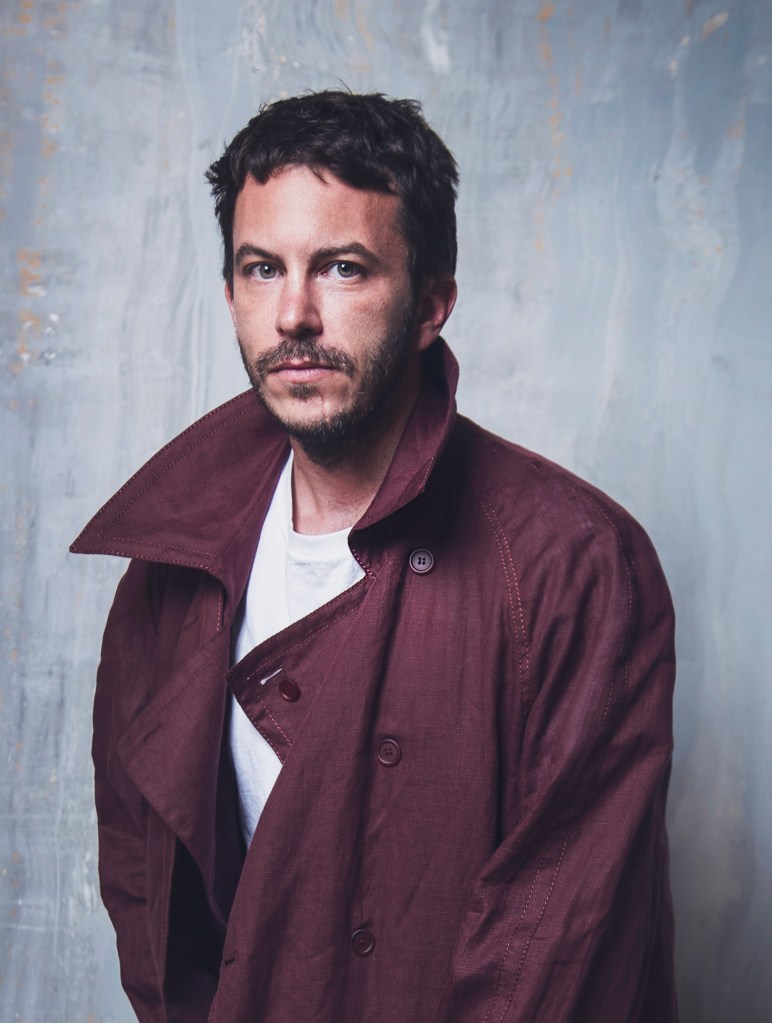 “I’m attracted to everything that disturbs me and makes me think. And this is what I always try to achieve in my work: I like that those who see one of my images don’t think ‘how pretty this is.’ I’m not interested in people liking my work aesthetically but rather that it moves something inside them.”

Leave it to Argentinian photographer and director Leandro Manuel Emede to pragmatically sum up his vision. One of the most promising talents on the Italian scene and cofounder of Milan-based Sugarkane Studio with stylist Nicolò Cerioni, Emede said he was inspired by the work of directors Alejandro González Iñárritu, Federico Fellini and Steven Spielberg, as well as by master photographers Richard Avedon, Guy Bourdin and Constantine Manos. Yet his words and approach to the visual arts reveal that Oliviero Toscani was the one who most influenced his personal and professional journey.

“I’ve always wanted to do this job. As a child I played with my father’s camera and I always wanted it to become my work tool,” he recalled. “Then one day I also became passionate about photography and communication looking at Oliviero Toscani’s posters for Benetton in the streets of Buenos Aires, Argentina. And this is how, growing up, I thought I wanted to work with him to learn from the greatest ever.”

Emede’s wish eventually came true, as he became Toscani’s assistant from 2006 to 2010, which resulted in the most formative experience of his career, along with his studies at USC Cinematic Arts in Los Angeles.

With the launch of his Sugarkane Studio agency, Emede started collaborating with Italian celebrities and pop stars, including Jovanotti, Laura Pausini and Franco Battiato, on music videoclips and documentaries. The creativity and visibility of such content opened the fashion industry’s doors to the director, as he expanded his work to realize campaigns for Emporio Armani, OVS, Premiata and Morellato, among others.

In particular, this season he reprised his spot behind the camera on the set of Emporio Armani, directing the brand’s video that will be released during Milan Fashion Week. This will add to the “Building Dialogues” digital presentation unveiled in September that resulted in one of the most engaging projects on social media both due to its enigmatic visual concept and the star-studded cast, which included Netflix talents of the likes of Omar Ayuso from “Elite”; Najwa Nimri from “La Casa de Papel”; Miguel Angel Silvestre from “Sense8”; Rocco Fasano of “Skam Italia,” and Alice Pagani from “Baby.” 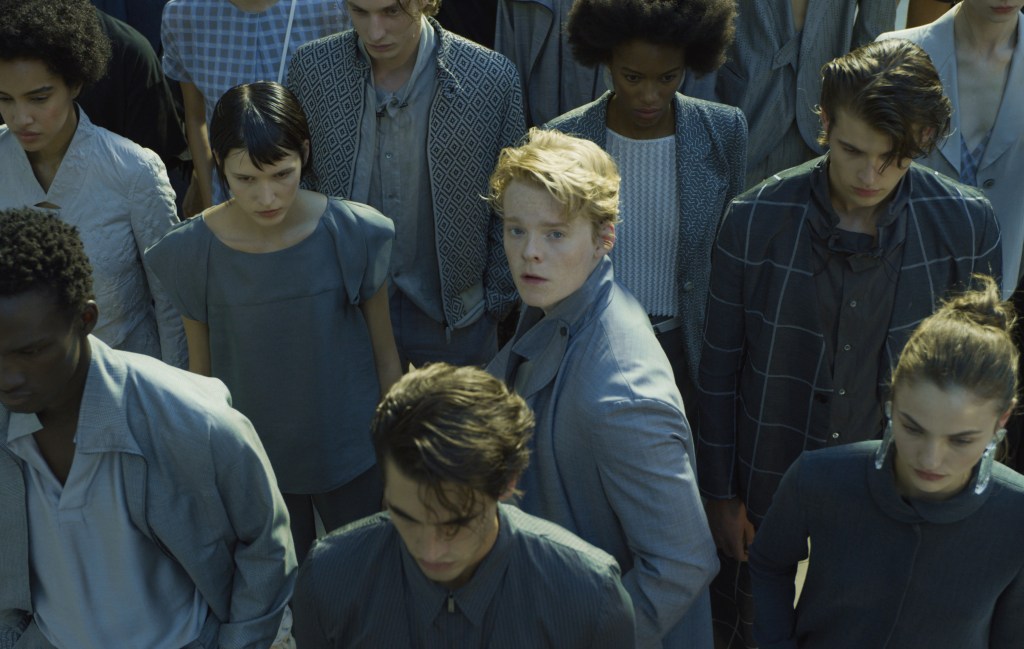 Asked about the differences in approaching music and fashion projects, Emede said that, in the former, “transport and rigor must coexist. On one hand, you must know how to create strong images that accompany the music, on the other you must always keep in mind that you are at the helm of a great production and creative machine.”

“In fashion, this contrast is less valid: even creating content that must immediately draw interest, you always have to focus a lot on the product,” added Emede.

According to the director, digital presentations in fashion are destined to become increasingly relevant. “Runway shows made the history of fashion, but even before COVID-19 they were obsolete. Today with a similar budget, you can create a very high-quality video that narrates a designer and brand’s vision without the limits of a traditional show,” he concluded. — Sandra Salibian 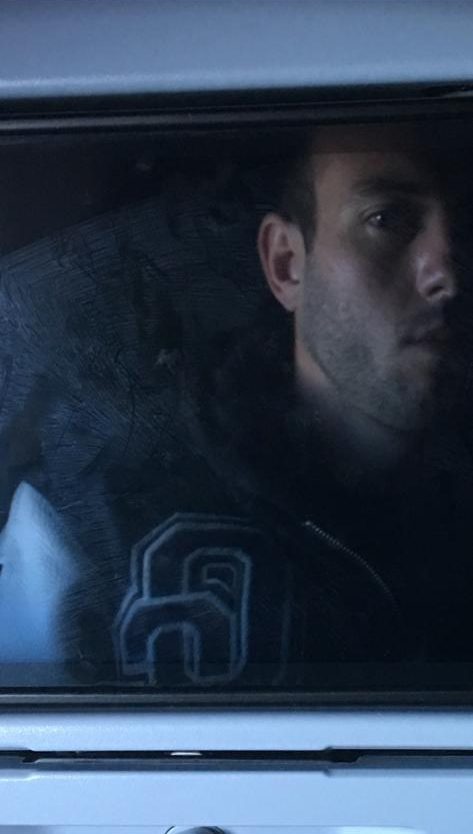 After graduating from the New York Film Academy in 2013, his final project, called “American Autumn,” landed on Nowness, the digital video platform, which started to commission him to dfo architecture and design-related movies, before none other than Dries Van Noten came knocking at the door.

As the first fashion film he ever directed, “Baton” for Van Noten is a film noir-inspired movie filled with low-key, black-and-white frames set against an opulent Paris theater, which spurs a sense of angst and melancholy.

“I am driven by emotions over anything else, I like to make the audience feel something, whatever emotion it is and that’s the one thing I’m more strongly committed to,” Moya said in a phone interview from Paris, where he’s based.

To ignite strong feelings, the director said he often takes a provocative approach, juxtaposing out-of-context elements, unexpected locations, off-kilter lighting and heart-beating plot twists. “I like to work on elements that have their own sense of provocation so when you put all the different elements together there is always some sort of a dialogue…things that you’ve seen or known before become something completely new,” he offered.

After that first Dries Van Noten short movie, the fashion industry took note and he’s trained his camera for several marquee names including Bulgari, Gucci, Louis Vuitton, Jacquemus and Rimowa. He is to debut his latest fashion-related project during Milan Fashion Week, as Italian streetwear brand GCDS has tapped him for its film unveiling the fall 2021 collection. 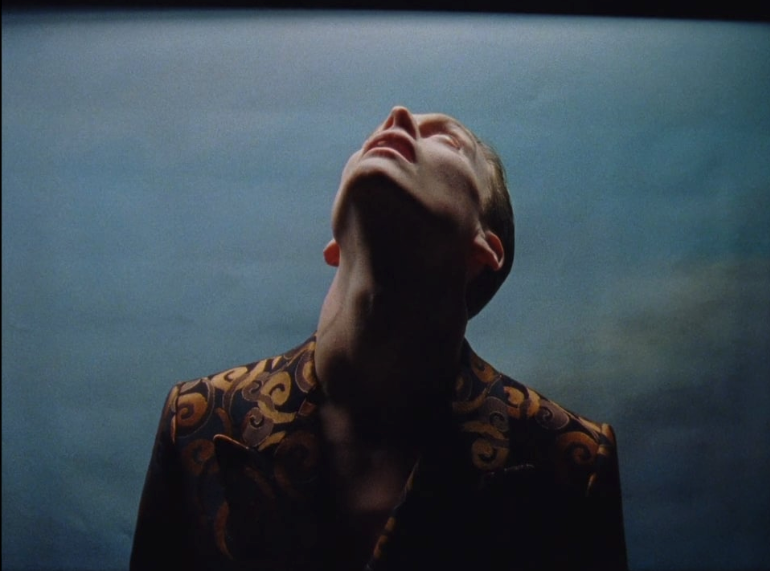 With 10 different ambiences informed by the main colors in the lineup and a surreal take on the narrative, which is also a key element in GCDS’ design lexicon, the fashion show is to have a sweet and sour flavor to it. Without giving too many details, Moya noted that the creative project was a joint effort with the brand’s co-founder and creative director Giuliano Calza. It was filmed over three days in a London studio involving a crew of 100 people and 40 talents.

Despite his distinctive aesthetic, rooted in experimental cinema, Moya confessed inspirations come from anything he experiences in his daily life. “I just like to be aware through my everyday life, catching anything I see on the subway, in my family, in the movies that I watch, in the plays that I see, in the music I listen to, in my friends. Everything can become a reference for a project or an idea that you develop in a film. It’s really about being awake and aware,” he mused.

Now busy prepping his debut feature film, a project that he will start shooting in early 2022, Moya confessed he’s seen two types of fashion films taking the lead, some more editorial and product-centric, others similar to music videos and with a narrative attached to them.

Tending to favor the latter, he sees them stealing the spotlight. “I think people need stories to watch videos nowadays. There are so many video contents that when you offer something different, then that is when it becomes actually more attractive,” he noted. — Martino Carrera 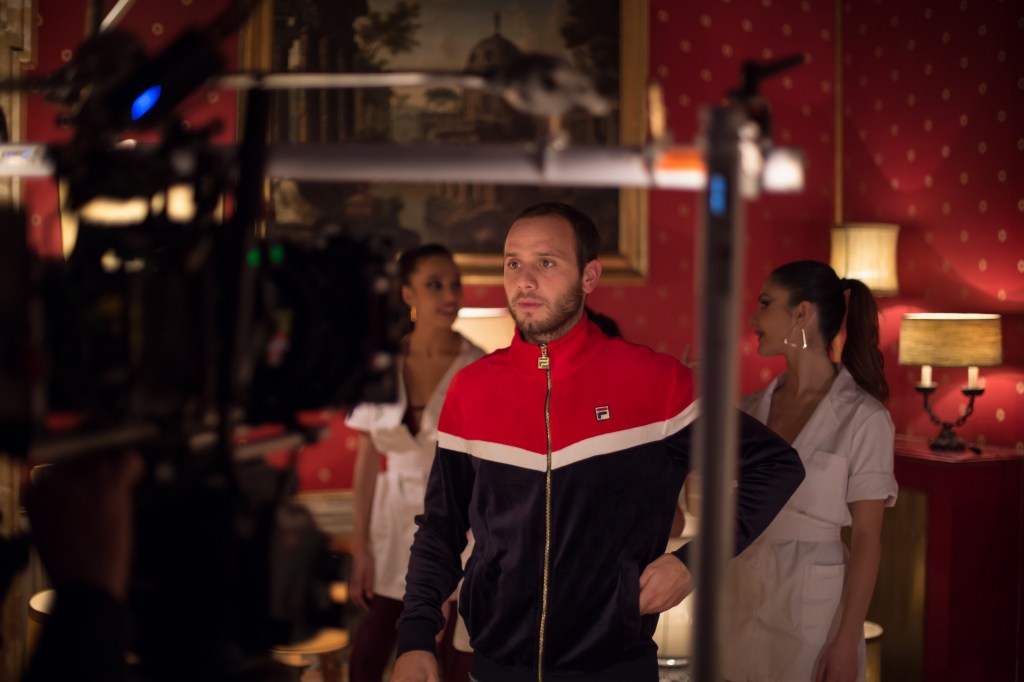 Francesco Coppola on the set.  Courtesy of Giuseppe Bruno

Francesco Coppola is still young but he has already lived many professional lives.

Born in Naples, he moved to Rome 10 years ago to follow his dream of becoming an actor. However, after graduating from acting school, he realized he lacked something to succeed in that field. “To be an actor, you need to have a very clear structure, because in front of the camera you are alone with yourself, you don’t have an instrument, nothing,” Coppola said. “I decided to be very honest with myself admitting that I missed that structure, so I gave up on that idea.”

At 25, Coppola restarted from scratch and found a job as a producer for music videos and commercials. “Working in production, I had my first experience in the fashion industry,” he said. “In 2017, we filmed the Saint Laurent spring 2018 spot with Kate Moss. It has been incredible! She is so great.”

But after a few years, Coppola realized that he really missed some creativity in his professional life and, at 27, he decided to step outside of his comfort zone and to approach the world of film-making.

“I had the chance to start working with the best of the best,” he said, referring to the fact that he got a job as assistant director of Academy Award-winner Paolo Sorrentino, who was filming “The Young Pope” series with Jude Law.

Over the past few years, while continuing to work as an assistant director, Coppola started directing some projects, including music videos for Italian artists such as Calcutta, Beba and his girlfriend, Margherita Vicario.

For the artist, who is part of the Universal roster in Italy, Coppola directed the videoclip of “Giubbottino,” a song about female empowerment. On that occasion, the director got in touch with MSGM, which provided stylist Simone Furlan with the outfits for the male runway show filmed in the video.

“That’s how Massimo Giorgetti found me,” said Coppola, who will make his debut at Milan Fashion Week with a video for MSGM. “I’m very fascinated by fashion. What I find very intriguing is that fashion really reflects society, changing and evolving with it.”

In addition, Coppola said that he finds stimulating the fact that fashion, conversely from other arts, is deeply connected with the market. “This is a bigger responsibility, since working for a fashion brand you don’t just interpret the vision of a designer, but you also develop something that has an impact on the business of a company.”

However, fashion still holds some mystery for the young director. “What I haven’t understood yet is why everything needs to be done last minute in this industry, doing in two or three days what in the movie industry you do in weeks,” he said. — Alessandra Turra