Filming Harper Lee – or the Next Best Thing

Documentary takes a closer look at the famously publicity-shy author.

By Rosemary Feitelberg on May 13, 2011
View Slideshow 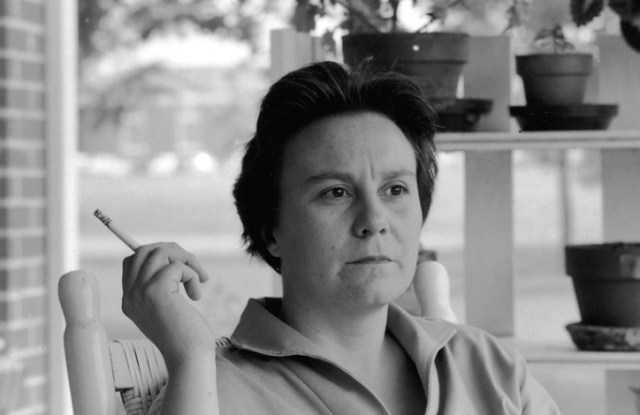 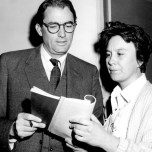 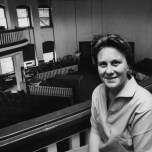 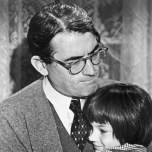 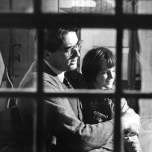 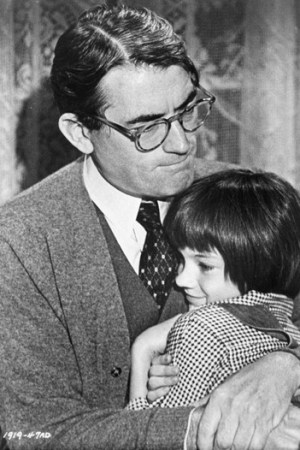 For decades, interview seekers have forged the well-worn path to the famously publicity-shy Harper Lee’s Alabama home; now filmmaker Mary Murphy has gotten closer than anyone else.

Not surpisingly Harper Lee was nowhere near Friday’s premieres of “Hey, Boo: Harper Lee & To Kill a Mockingbird” in New York, Los Angeles and New Orleans. Absent of talking to the author, Murphy, a 20-year CBS News veteran, lined up the next best source to help dispel some of her mystique: Lee’s 99-year-old sister Alice.

Absent of talking to the author, Murphy, a 20-year CBS News veteran, lined up the next best source to help dispel some of her mystique: Lee’s 99-year-old sister Alice.

After rereading the Pulitzer Prize-winning novel, Murphy absorbed it in a much starker light than she had in high school. “Blown out of her chair” by how Lee’s one and only book still resonates with millions of readers on so many different levels 50-plus years after it was published, Murphy recruited Oprah Winfrey, Tom Brokaw, Anna Quindlen, Scott Turrow and other celebrities to reveal how it affected their lives. Lee was only 33 when the book was published, in 1960, and segregation was not yet against the law. Thirty million copies have since been sold.

“The fact that a young white woman from the Deep South made this statement about racism and wasn’t preachy about it is quite amazing,” says Murphy, adding that some laud the book for helping to propel the civil rights movement.

“The thing about this is that after you have read it, you think it’s just you who loves this novel more than anyone else in the world does. Seeing this documentary, you will realize that its readers make up the greatest book club in the world,” Murphy says. “Oprah said it is our national novel. The novel’s true phenomenon is that everybody relates to it in different ways. With all the focus on social networking with Facebook, and all these apps and blogs, I would just like to say that people who have read this book are the biggest social media. You can sit in a coffee shop in Tuscaloosa, Alabama, in Chicago or in New York and say, ‘Boo Radley,’ and the person next to you will know what you’re talking about.”

As to why Harper Lee never published another book, Murphy says, “When I asked her sister, she quoted something Harper Lee once said: ‘I can’t top what I have done. I have nowhere to go but down.’ ”

In 1964, the last time she granted an interview, the novelist spoke of the shadow of fame, “I never expected any sort of success with ‘Mockingbird.’ I was hoping for a quick and merciful death at the hands of the reviewers, but, at the same time, I sort of hoped someone would like it enough to give me encouragement. Public encouragement. I hoped for a little, as I said, but I got rather a whole lot, and in some ways this was just about as frightening as the quick, merciful death I’d expected.”

But her days have been far from hermitlike. “She has not been remotely reclusive. She maintains a New York apartment and lives in Monroeville. She sees her sister daily when she’s there,” Murphy says. “She lives a very rich life filled with books, letters and friends. She just doesn’t want to talk about it.”

Needless to say, it took years of legwork to find others who would. The five-hour interview with Lee’s sister, “Miss Alice,” did not come easy. Murphy was in Richmond interviewing Mary Badham, the actress who portrayed “Scout” in Horton Foote’s 1962 film adaptation of the book, when Lee’s law partner e-mailed to see if she was still in Monroeville, where the Lees live. Without missing a beat, Murphy replied, “Close by.” After wrapping up the interview with Badham, she hightailed it to the airport, flew to Atlanta and drove through the night to get to Monroeville in time for the morning interview. Murphy also tracked down the novelist’s New York friends Michael and Joy Brown, who gave her a year’s salary, which freed her up from an Eastern Airlines reservationist job long enough to finish her tome.

With fewer than 7,000 residents and the average household making do with an income of $28,000, Monroeville has differences from Manhattan that extend far beyond the eight states that separate the two cities. The unlikelihood of Lee and her childhood chum Truman Capote both hailing from “this little patch of land in Monroeville,” relocating to Manhattan and going on to each write momentous American novels is not lost on Murphy. When Capote trooped off to Kansas to research the gruesome murder that eventually became the plot for “In Cold Blood,” Lee “very graciously went and helped him out,” Murphy says.

As for how their friendship frayed years later, Murphy says she was told that Capote suffered from substance abuse and squandered his talent at the end of his life. “A lot of people who knew him well fell away from him. He went off in a different way,” she says.

Alice Lee, of course, has never wavered. One of the first women to pass the bar in Alabama, she goes to her office every day and is the state’s oldest practicing lawyer. “She will be turning 100 next year and she will be celebrating at her desk,” Murphy says. “Miss Alice is this delightfully chirpy bird of a person who is sharp as can be.”

From time to time, Murphy and Lee, a tireless reader partial to history books and biographies, still have wonderful exchanges about an array of subjects, including Alabama, politics, soil, the Mitford sisters and big-league criminal trials. The well-versed attorney also clued in Murphy to her fool-proof plan for insomnia. “One thing she does any night she can’t sleep is to go through all the presidents’ names, and if she is still awake after that, she names all the vice presidents of the United States. Then, she is on to all the governors of Alabama, and from there she will name all the first ladies. If that doesn’t work, she moves on to the Supreme Court justices,” the Emmy-award winning Murphy says with a laugh. “I couldn’t do that at the top of my game.”

While still at CBS, the independent film and television writer and producer occasionally suggested doing a piece about Harper Lee and J.D. Salinger, but the people she worked for at that time would always say, “With no Harper Lee, there is no story.” Murphy’s research was so abundant that she published “Scout, Atticus, and Boo: A Celebration of Fifty Years of To Kill a Mockingbird,” a New York Times bestseller that will be out in paperback in July.

Lee’s elusiveness is something Anna Quindlen grew accustomed to. While at The New York Times, the columnist would write to Lee each year requesting an interview. Quindlen, who is featured in the documentary, told Murphy she came to rely on the “no.” “Anna said, ‘I don’t know if she couldn’t do the interview. I like to think she wouldn’t do it,’ ” Murphy says.

Last August, Lee responded to a letter from this WWD reporter requesting an interview by writing that she had had a stroke and was unable to meet new people.

Lee’s allure remains undiminished. A number of the 30,000 Lee-loving tourists who visit her hometown annually gathered Friday night on the grounds of the town’s old courthouse for the 20th-annual performance of the play “To Kill A Mockingbird.” And just last week a first edition of “To Kill A Mockingbird” signed by the author sold for $25,000. Last month, the 85-year-old Lee released a statement disputing the suggestion that she had cooperated with former Chicago Tribune reporter Marja Mills for her upcoming book, “The Mockingbird Next Door: Life With Harper Lee.” Murphy, Brokaw and few others will discuss Lee Wednesday night after a screening at the Paley Center for Media in New York.

Murphy’s film will no doubt drum up more attention for an author who would rather do without any. “Harper Lee is a writer who is saying, ‘I’m going to let the novel speak for itself.’ Most writers say that, but they’re saying that on the ‘Today’ show,” says Murphy.