“People went from hating me in ‘Normal People,’ to liking me in ‘Dating Amber.’ Which was good,” says Fionn O’Shea.

The 23-year-old actor starred in one of the buzziest projects to come out of Ireland this year, the Hulu miniseries “Normal People.” While he played the abrasive and antagonistic Jamie, European audiences shortly after got to see O’Shea step into character as the much more empathetic Eddie in another Irish project, the film “Dating Amber.”

“I’m definitely more like Eddie in ‘Dating Amber,’ thankfully, than I am like Jamie in ‘Normal People,” he adds. “The one thing that’s a through line between the two [characters] is that they both are extremely anxious and insecure — and the way that they deal with that is very different.” 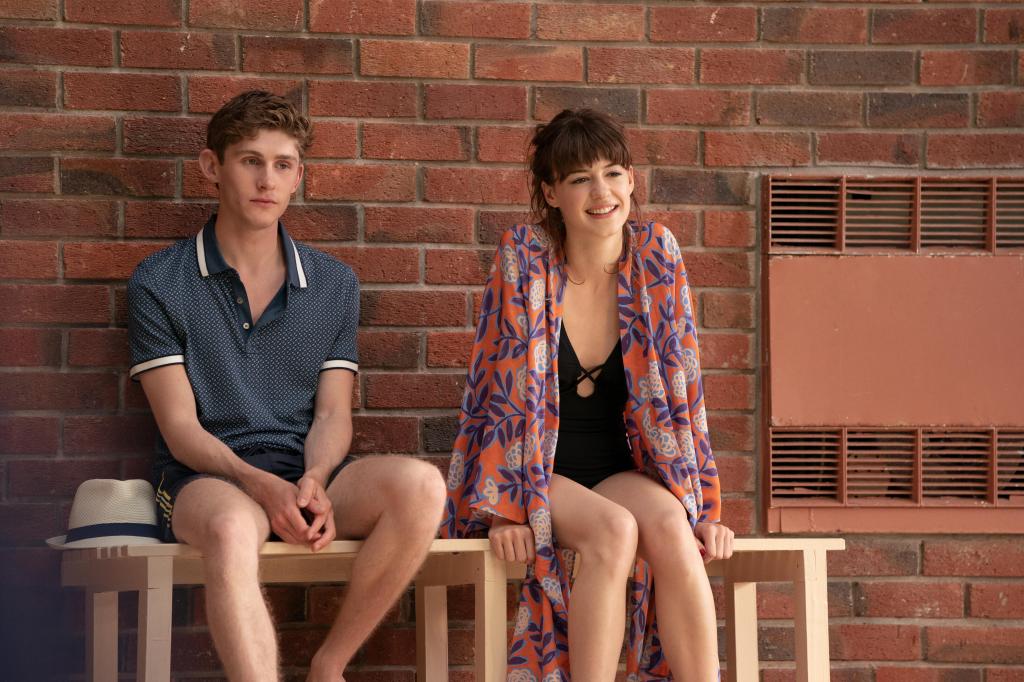 A still from “Normal People.”

“Dating Amber,” released Stateside Nov. 10, is set in 1995 Ireland, a few years after homosexuality was decriminalized in the country. In the film, two high school students — Eddie and Amber — conspire to start a fake relationship to hide their homosexuality from their peers and parents. It’s a lighthearted, comedic coming-of-age drama, which O’Shea describes as simultaneously heartbreaking and heartwarming.

“It’s a queer story that’s framed in hope and optimism,” he says.

Director David Freyne has described the movie as semi-autobiographical and semi-wishful thinking, although O’Shea notes that the character of Eddie isn’t an avatar for the director’s younger self.

“But he always says the most painfully embarrassing moments are the ones that actually happened,” says O’Shea.

Some of that pain is universally relatable — for example, the painfully awkward first kiss.”I think we’ve all experienced that scene in the film,” he adds. “Certainly my first kiss was not something that went very smoothly, and neither did Eddie’s.” 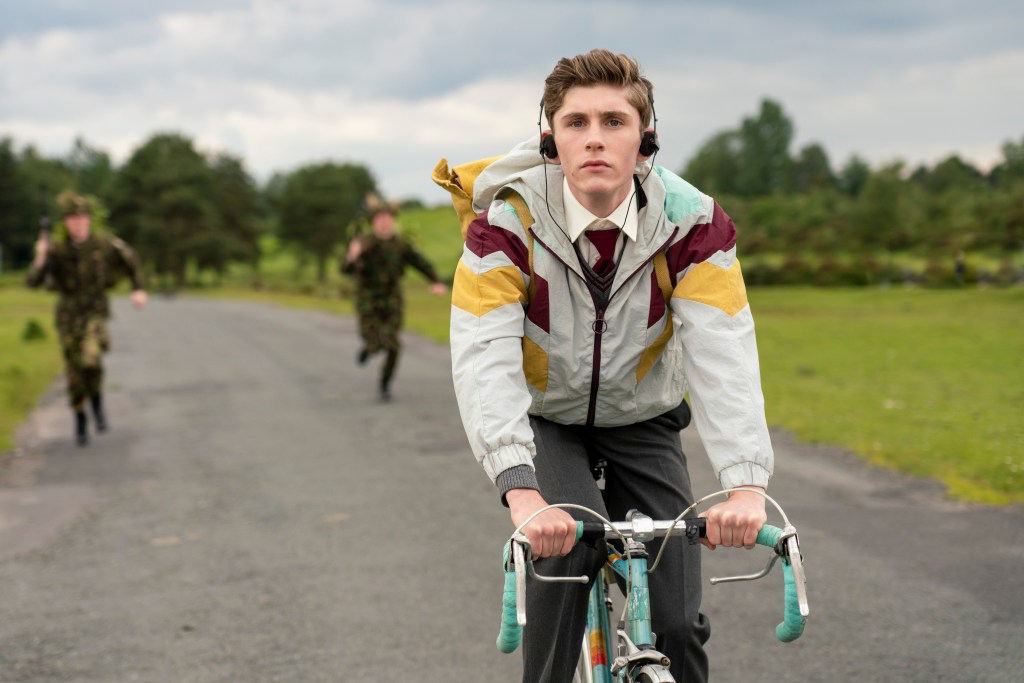 As a period piece, the film predates the actor’s own childhood. But he notes that the story — unfortunately — doesn’t feel dated. “You could set this in modern day in a lot of cities and the story would absolutely ring true,” he says. “Just because different laws are passed doesn’t ultimately mean that people’s prejudices go away.”

What did threaten to date the movie, though, was Rihanna. The singer proved an unexpected obstacle while filming an emotionally charged scene in Dublin’s city center at night outside a nightclub blasting RiRi’s music. “We had to wait until the nightclub stopped playing Rihanna so we could shoot it with it being period appropriate,” says O’Shea of the scene, ultimately one of his favorites in the film. 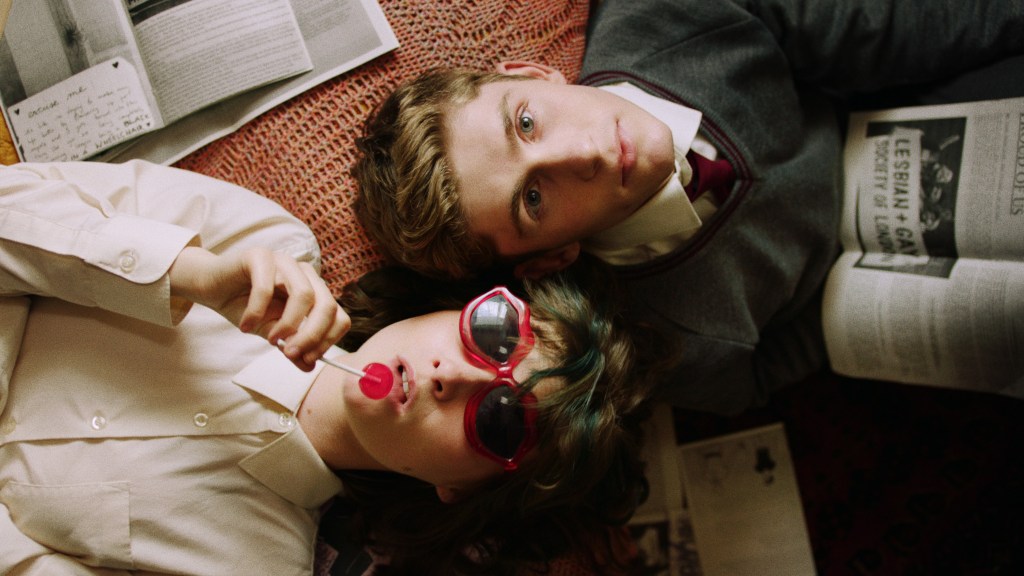 A still from “Dating Amber.”

O’Shea, who grew up in Dublin and still calls the Irish capital home, first “fell” into acting as a young boy. “I was obsessed with anything my sister did,” he says. “Any kind of extracurricular that she was doing, or any Christmas present that she wanted, I wanted the exact same thing.”

He followed her lead to a drama class, which sent its students to open casting auditions. One of those auditions was for the 2007 Oscar-nominated short “New Boy,” O’Shea’s first onscreen credit.

“It’s still today one of the worst auditions performance-wise of my life. At the time I was really shy and I didn’t know what to do, and that’s what they were looking for, so I ended up getting cast,” says O’Shea. “The feeling I got when I was performing was unlike any other feeling I’d ever had, and I was able to recognize that even at a young age.”

While O’Shea is gearing up to spend some time at home, he still has plenty to look forward to in the year ahead. Shortly before Ireland went back into lockdown he finished shooting species-dysphoria film “Wolf,” which stars George Mackay and Lily-Rose Depp (and O’Shea’s “Dating Amber” costar Lola Petticrew). He also appears in “Cherry,” directed by the Russo brothers as their first non-Marvel film in over a decade, slated for an early 2021 release.

“In the meantime, I’m just enjoying spending time at home with my family,” says O’Shea. “Because it’s been awhile since I’ve been able to do that.” 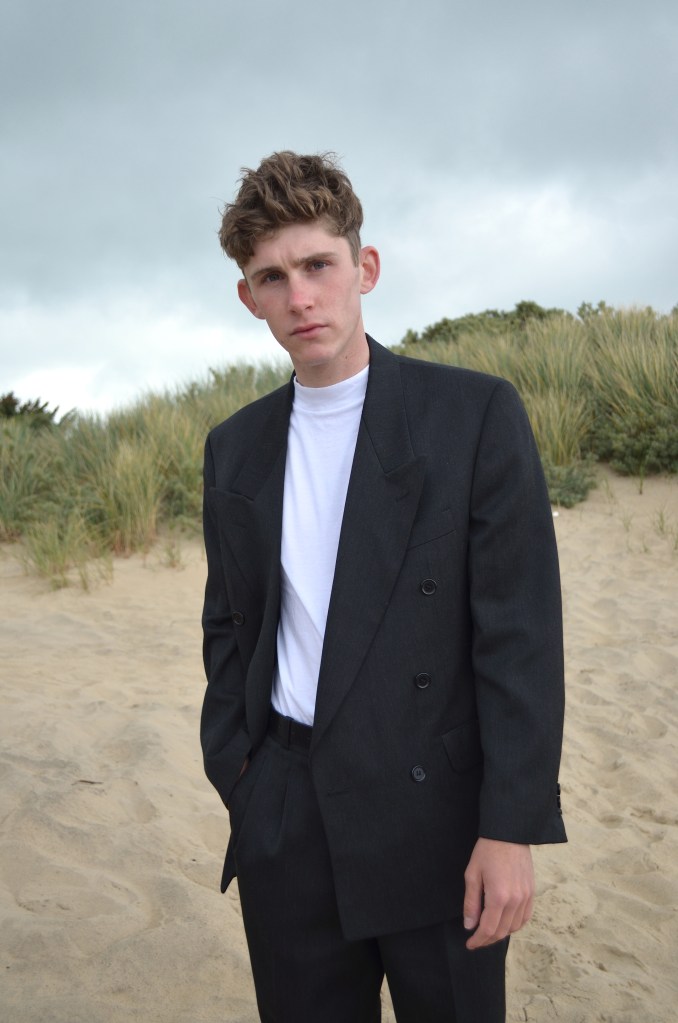