The 18-year-old "Transparent" actress on why her Carolina Herrera dress signified LGBT activism. 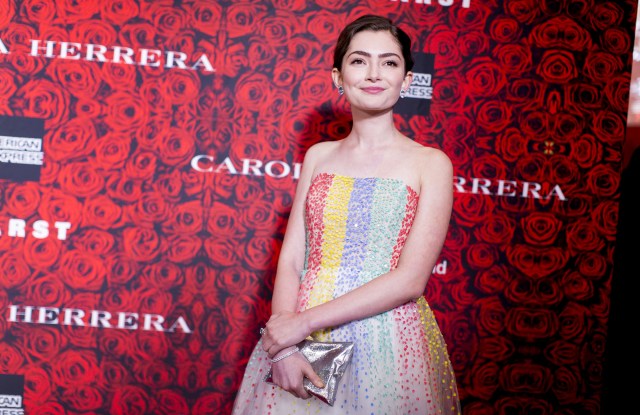 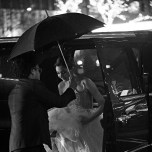 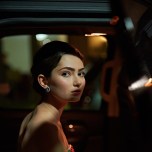 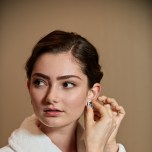 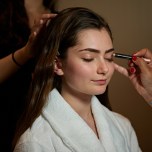 An actress on Amazon’s “Transparent,” Robinson had selected her Herrera gown for the evening with care. “I’m wearing this rainbow tulle gown, which right now I think is especially relevant — I’m very big into activism, and I think using fashion to show what you believe in and as a source of power is very powerful, so that’s why I wanted to wear this dress,” she said.

Her causes of choice benefit “civil rights, human rights” and she was drawn to Herrera in part because of the designer’s prominence as a strong female professional. “I obviously consider myself to be a feminist, I am very active in the queer community, and I think activism about maintaining basic human rights in general is so important right now,” Robinson continued. “When your rights are questioned, you can’t be silent.”

She then transitioned seamlessly to the election, since, at 18, it was her first time voting. “I voted in the mail and it was very lovely and I had the sense of calm, which was then unfortunately over,” she said. Her election night was spent watching with friends and beading red, white and blue bracelets “that were supposed to be celebratory but now I kind of just don’t wear mine. I still have it, I don’t want to throw it away because there’s still hope but…yeah, I have not worn it.”

Between seasons of “Transparent” and an upcoming holiday trip to Hawaii, the New York native is set to work with one of the film industry’s most coveted names at the moment. “I’m about to film ‘Unicorn Store,’ which is Brie Larson’s directorial debut — I haven’t [met her] yet but I’m really excited,” Robinson said. Getting behind the camera is also in her ideal future. “I’m currently also writing, because I had a short film [‘Virgin Territory’] premiere at the L.A. film fest, so I’m working on a feature-length version of that. It’s about a teenage girl’s sexual awakening and exploration. So it’s a dark comedy — but mostly comedy.”