The breakout Brit on her first visit to New York, for the Sundance hit "Lady Macbeth." 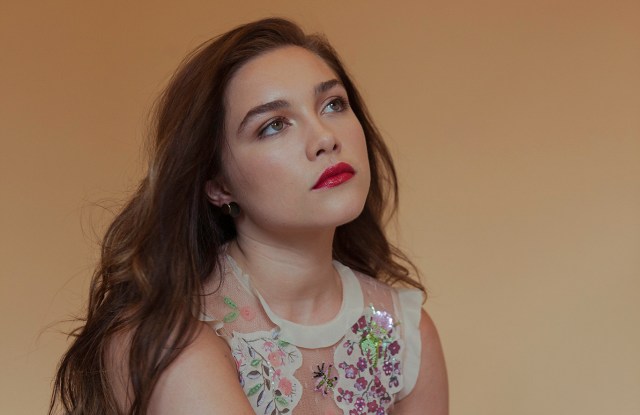 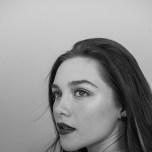 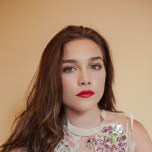 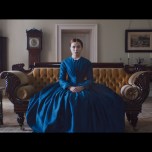 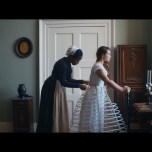 “I was staying in Lower East Side — does that make sense? Does that sound right?”

As evidenced by the above, 21-year-old Oxford native Florence Pugh is in New York for the first time “ever ever ever,” and she’s a tad excited.

“I want to eat a bagel. I want to [eat a vendor hot dog]. [I] basically want to eat every form of food that I’ve seen someone eat in New York,” the actress says. “I want to shout ‘taxi!’ and I want to basically just do all the general stuff that you see in films.”

Pugh is in New York courtesy of her breakout moment, starring as Katherine in “Lady Macbeth,” which is out this weekend. The film, which was a hit at Sundance (where WWD first met the actress), is not the Shakespearean tragedy we know and love but rather an adaptation of the Nikolai Leskov novel “Lady Macbeth of the Mtsensk District.” Her character Katherine is a young woman trapped in a marriage to a man many years her senior, who begins an affair with her household’s groomsman.

“For me, it was always the main character, Katherine — she was just incredible,” Pugh says. “I was so amazed by everything she did.” The film’s director, William Oldroyd, was the other draw. “When you’re given a platform and you’re allowed to perform and someone’s there to heighten you as opposed to dampen you, that’s a nice feeling,” she says.

Her next film is a project called “Fighting With My Family,” based on the life of WWE star Saraya “Paige” Bevis, whom Pugh plays. “I filmed that literally a couple of months ago [after “Lady Macbeth”]. [It was] mad. Utterly mad,” Pugh says. “And so different to Lady Macbeth. But I learned how to wrestle, so I’m so safe in clubs, you know. I can take someone.”

Pugh is from a family of performers — her brother is “Game of Thrones” actor Toby Sebastian — and both drama and music have always been natural careers paths to her. “Right now, my big hunt is for finding more characters that inspire me, that excite me. That aren’t necessarily good. Maybe they do have a funky feel to them,” she says. “I want women on-screen that we all, either want to be, or we know, or we recognize. The biggest thing about Lady Macbeth is the fact that people are so surprised that this woman is so amazing, and really it shouldn’t be so amazing that this incredible character is on our screens. And so for now it doesn’t matter what it is, me and my team are in this very nice position where we’re just wanting to look for women that do something to us.”

And for her sake, hopefully that project brings her back to New York. “It’s bizarre because I hear everybody talking with a New York accent,” she says, “and I’m like, ‘they’re from a film!’”

Nikolaj Coster-Waldau on Saying Goodbye to ‘Game of Thrones’

Laurie Davidson Is Not Your High School Shakespeare