Food, Flower, Design: Three International Talents Who Made It in Milan

Moving to Milan from their own countries, Claudio Liu, Sachiko Ito and Rudy Faissal are contributing to the city's charm.

By Alessandra Turra and Martino Carrera and Sandra Salibian on September 23, 2020

Considered by many a very conservative city, Milan is becoming more and more international thanks to the creativity, diverse background and business acumen of individuals from across the globe who found a home under the Duomo cathedral. From food to flower design and architecture, here are the stories of three personalities who built names for themselves in Milan. 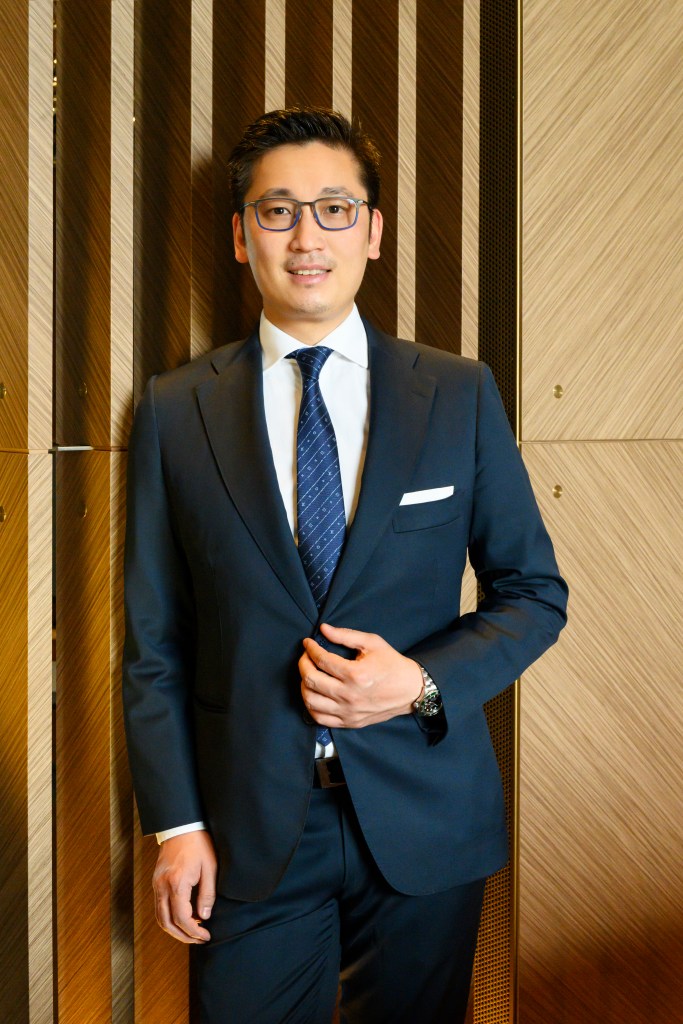 When Claudio Liu opened his first restaurant, called Iyo, in 2007, he was only 23.

For those familiar with Milan’s food scene, Iyo offers the city’s best Japanese cuisine, a supremacy that got an official stamp in 2014 when the restaurant was awarded a Michelin star.

“It has been such a surprise, we were definitely not looking for that achievement. It took a while to digest it,” said Liu, now 38. Born in China to Chinese parents, he was raised close to Reggio Emilia and in 2003 moved with the family to Milan, where his parents were managing an Italian restaurant. After his studies, he worked at the restaurant with his family, including his sister Giulia, but after a few years he felt the need to go solo.

“My father and I have a different vision about the food business. So I decided with my wife to open my own thing,” said Liu, telling the story behind Iyo. “I opted for Japanese cuisine because I felt it was very close to what I liked and to my idea of excellence in the search of products and ingredients.”

Opened in a small location and with a very approachable format, Iyo enlarged over the years and elevated its offering, also through the support of Japanese chef Uro Ichikawa — although Liu also experienced some diffidence toward his projects.

“For sure, we had to earn the trust of clients and suppliers, but I have to say that it has never been so difficult to find a place for myself in Italy. For sure, being surrounded by a large community helped, but I think that Milan is also more international than other places and that people are quite open,” he explained.

During the lockdown, Liu served his clients via Aji, a takeaway and delivery service offering high-end Oriental dishes, delivered in refined, eco-friendly packaging by the restaurant’s couriers riding electric scooters.

“We had so many requests during the lockdown that I had to help with deliveries,” said Liu, who is investing in a sophisticated restaurant located in Milan’s luxury Porta Nuova area. 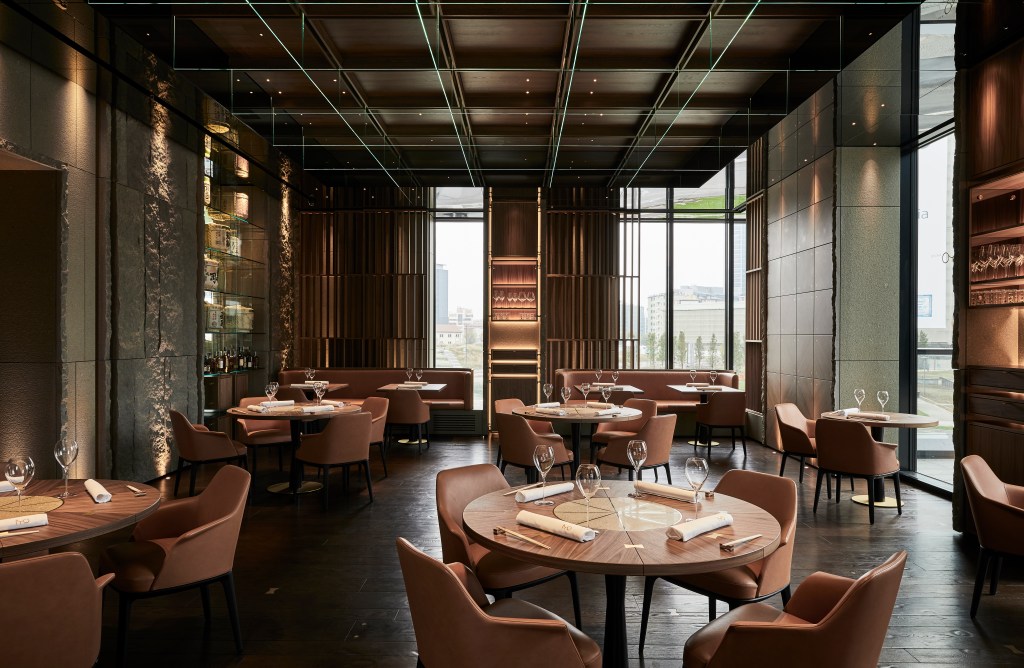 Inside the Iyo Aalto restaurant.  Courtesy of Iyo Aalto.

Originally opened last November with the name of Iyo Aalto, after the lockdown Liu re-branded it and renamed it Aalto Part of Iyo. “The issue with the first name is that people used to come here expecting the same menu as Iyo, but this restaurant has a very different concept,” he said.

Run in collaboration with chef Takeshi Iwai, Aalto Part of Iyo offers a cuisine mixing different references; of course, Italian and Japanese, but also from other cultures. The menu includes a dish featuring beef, eggplants and sakura flowers, as well as curry chicken ravioli.

Liu, who employs about 65 people, receives a lot of requests from second-generation Italians aiming to work for him or looking for his advice.

“They write me asking for career suggestions or applying for internships at our restaurants,” said Liu. “What I always suggest to them is to leave their comfort zone and look for their own path and independence out of the protection of the family of origin.” In his case, it definitely worked well. — Alessandra Turra 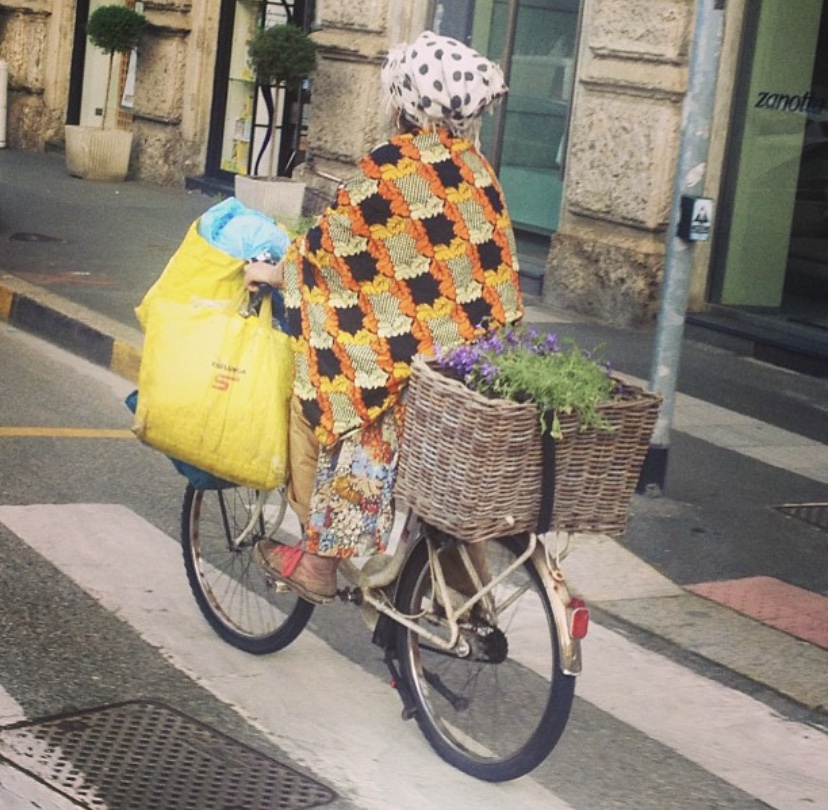 With her witty and smiling eyes peeking out below the embroidered towel she wraps around her head as a turban, Sachiko Ito, who’s often seen riding around Milan on her bicycle, is a woman like no other. One who certainly doesn’t pass by unnoticed.

Ito hails from Ichinomiya-shi, a city located in the Aichi Prefecture of Japan, and traveled far and wide her native country before moving to Germany first and then to Italy in 2007.

As an acclaimed and sought-after floral designer, she mastered the art of composition in Japan after graduating from the University of Miyazaki, with a degree in landscape design. While in Kyoto, Ito improved her skills working for a gardening company.

But she noted the social and work hierarchy in her native country was at times so heavy that she felt it choked her creativity, while in Europe she found more openness “to experiment and think out of the box.”

Her career really blossomed in Italy.

“When I arrived here, I soon understood that it was easier for me to embark on a freelance career rather than be employed by someone else, as I could barely speak Italian at that time,” she recounted.

Despite the early hurdles, she said Milan has welcomed her warmly and she’s clearly enamored of the city, which Ito described as “a chic and livable enclave compared to other international metropolis, yet it’s multicultural and it offers, compared to other areas of the country, a great number of unimagined opportunities.”

Among her A-list clients are brands such as No. 21, Jil Sander, La Double J, Colville and design guru Rossana Orlandi, all fascinated by her chic creations blending flowers and vegetables or other decorative objects that she put together instinctively.

“I sort of became recognized in town by word of mouth and although I’m not really a fashion-savvy person, I definitely consider fashion as the sector that really offered me a lot of chances,” Ito offered. 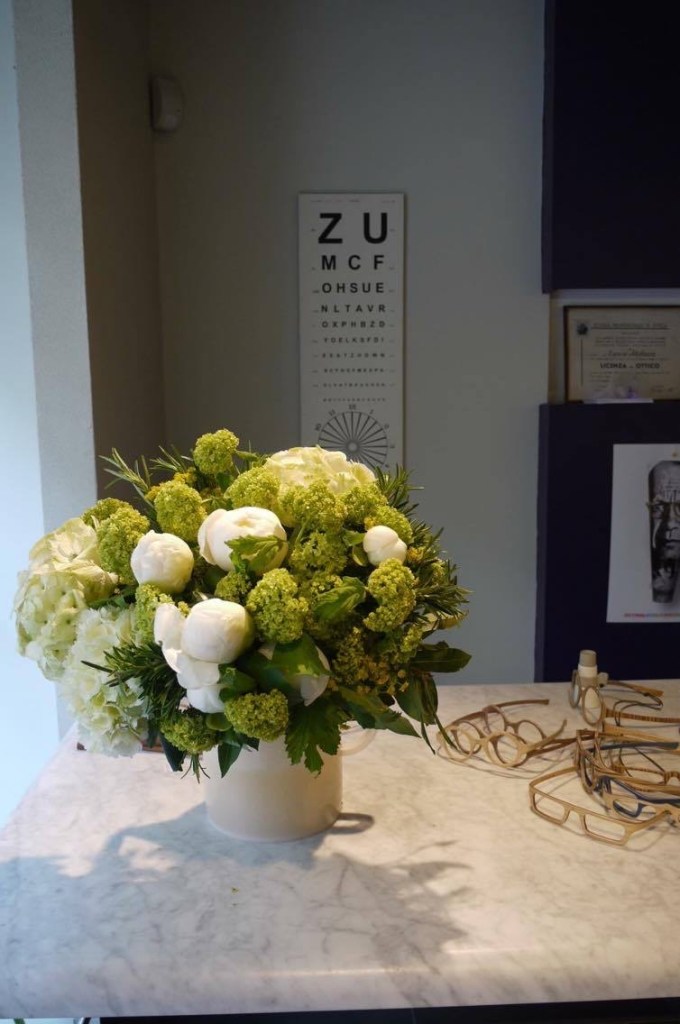 “As I develop my compositions, there’s always an exchange with my clients, either private customers or companies, and I try to take into serious consideration their desires and needs,” she said.

A country of long floral traditions, Ito said her Japanese roots are apparent in her creations, although she believes she has mastered a very European aesthetic harking back to her younger days when she contemplated her maternal family’s garden fashioned the European way.

“I feel like I am half European,” she said bluntly. — Martino Carrera 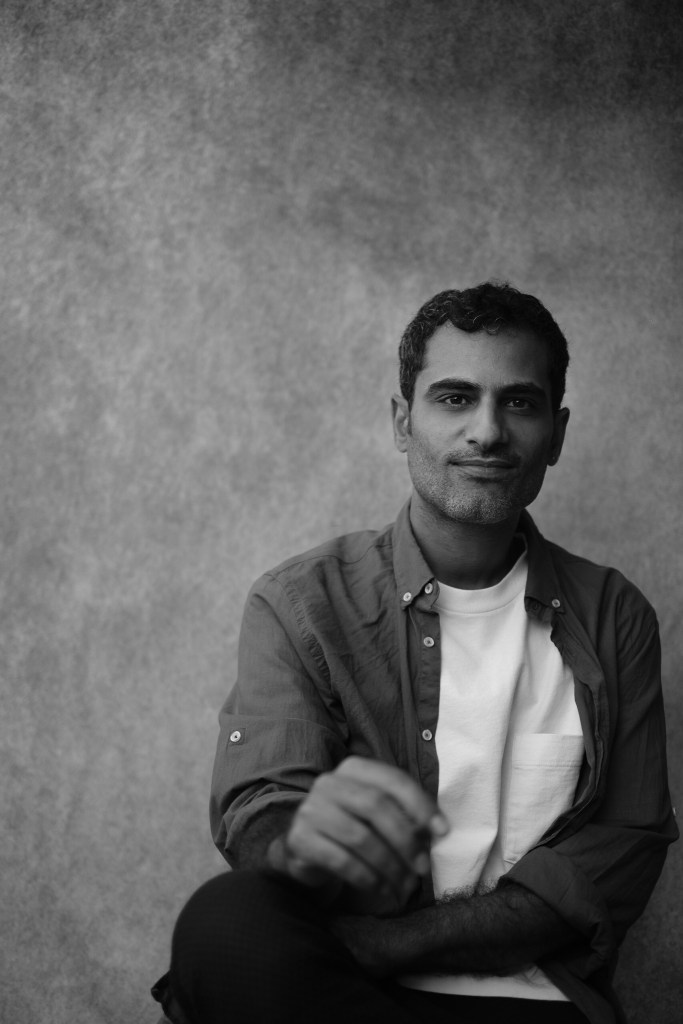 “Diversity is always an opportunity,” contended Rudy Faissal, a Lebanese architect who has found a second home in Milan for almost the past two decades.

“Milan has all it takes to be the new New York of the Nineties or the Berlin of the Aughts. The only things missing are more opportunities for young creative people, as big, conservative structures are still afraid to risk investing in new talents. It can be even more international and cross-cultural, with a better recognition and mix of the different cultures that would make it competitive with the most prominent cities in the world,” he added, sharing his wishes for the future of Milan.

Over the years the architect has seen the city booming and turning into “a more enjoyable, vivacious and optimistic destination, attracting more and more talents from around the world,” but he still sees much room for improvement.

“I would widen the sidewalks and replace parking spots with green areas, increasing public transportation and cycling lanes. We need to start to get used to the idea of living in urban spaces without cars and local authorities need to help and do their part by creating alternative solutions for transportation. Milan is lucky as the dimension of its downtown is relatively contained,” noted the architect.

Born in Beirut 39 years ago, Faissal left his hometown after high school to graduate from the IUAV university in Venice and moved to Milan to kick off his career.

His integration process in the country wasn’t entirely effortless, as Faissal recalled some difficulties at the beginning of his Italian journey caused by the difference in language. Yet Beirut didn’t look that far away from the Duomo pinnacles.

“The similar Mediterranean culture shared by Italy and Lebanon helped a lot. And the Italian ‘Dolce Vita’ contributed to make everything simpler,” he recalled. “From a professional point of view, being this was the first place where I started to work, there haven’t been many issues: This was the only way to work I knew.”

After cutting his teeth at the Dordoni Architetti studio for two years, Faissal was contacted by the Giorgio Armani company for a freelance collaboration that lasted for 12 years. During this period, he worked on projects ranging from designing stores and cafés for the group’s labels as well as on some of Armani’s own private residences.

When this collaboration came to an end in January, Faissal decided to focus all his energies on his own studio, dubbed Lit Studio and established last year with architect Riccardo Boccia. 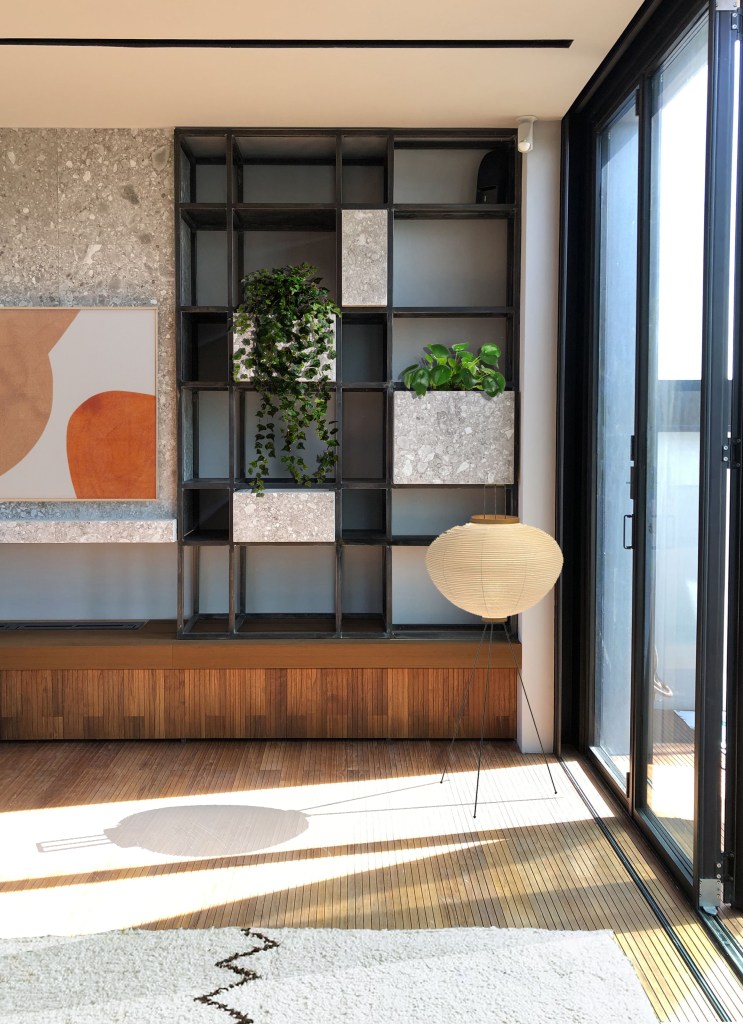 A project curated by Faissal.  Courtesy of Rudy Faissal

Investing in a start-up in a competitive design market in Milan was no easy task, as Faissal identified some initial efforts in earning the trust of clients. “But I believe that’s a shared issue in every part of the world, especially within this industry,” he noted, keeping an optimistic approach in regard to the impact the pandemic had on his business.

“In this historic moment, work slowed down a lot, but we are confident that Milan will regain the traction it had before,” he said. Fashion will continue to be key despite physical retail facing tumultuous times, as the architect recently worked with Giambattista Valli on the development of some of the brand’s stores worldwide. “Unfortunately, luxury retail today is not going through a good time and many projects have been inevitably postponed. For this reason, we focus a lot also on our private clients.”

In particular, the studio is engaged in the restoration of two apartments in Milan, a boutique hotel in Paraggi — a 20-minute drive from Portofino — and a restaurant on the Greek island of Zante. In addition, Lit Studio has been selected to curate the design of the Lebanese pavilion at the upcoming Expo in Dubai, which Faissal defined as the most meaningful assignment he’s had.

“I will represent my origin country, which is currently experiencing the most difficult period in its history. This project is like the smallest contribution I could give as an architect and this is why it’s particularly close to me: It’s a source of great pride, also for my parents,” he concluded. — Sandra Salibian